Why 2018 looks like a promising year for Indian sports

Cricket, boxing, badminton, things are looking up for us across disciplines.

In sport, as in life, the dawn of a new year brings hope and with it hype. As the sun sets on 2017, one can indulge in a bit of crystal ball gazing and take a few guesses on what lies ahead in the next year.

From the sporting point of view, there is never any scope for pessimism. If there is one sphere of life where optimism is a necessity, it has to be sports. Be it in the Muhammad Ali era or the Roger Federer era, despite the fact that these two men were going to be on top of their respective fields, their opponents never gave up hope. They fought and may have failed, but kept the fighting spirit intact. 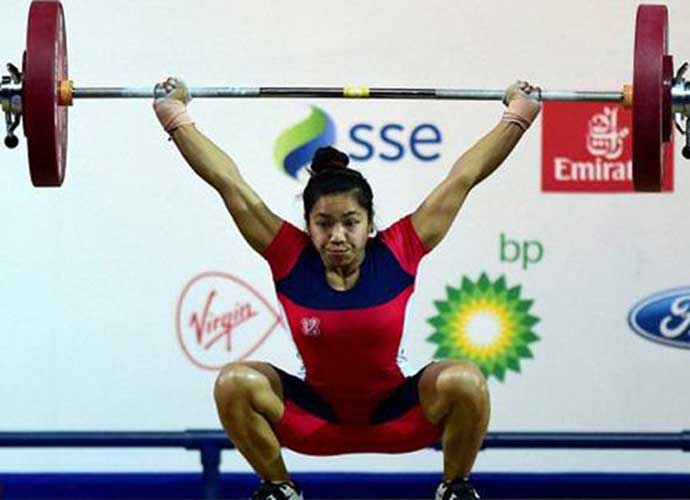 Mirabai Chanu did the nation proud by wining gold in the world championship. Photo: PTI

It is with this fond hope one looks at achhe din for Indian sport in 2018, where across a whole gamut of disciplines, the superstars will be competing hard. The focus will straightaway be on the India versus South Africa away Test tour, where pace and bounce are bound to challenge the Indian batsmen.

Virat Kohli has had a brilliant year and his performances at home in 2017 across all formats have been dominating. Yet, the big test is how he bats in South Africa and keeps up the morale of the team. After that, India travel to England and Australia, which is bound to generate excitement. The key is how the Indian cricket team, which does not have a good record away from home, can compete and change the image.

Looking back, 2017 has been a fairly good year for Indian sport. In specific disciplines like badminton and weightlifting, the results have been outstanding, which gives rise to the hope that the athletes can repeat these performances at the Commonwealth Games in Gold Coast, Australia, and the Asian Games in Indonesia in 2018.

If one were to pick a standout medal from 2017, it has to be weightlifting. Diminutive Mirabai Chanu did the nation proud by wining gold in the world championship. It was after a 22-year gap that an Indian was winning a weightlifting gold again. Mirabai has not looked back since the time she flopped at the Rio Olympics. The Manipuri has shown exemplary commitment and focus in training, which is how she could win a medal as big as gold.

The competition in weightlifting at the Commonwealth Games is not of the highest standard, so winning a gold at the Asiad will be the real target for her in 2018. She has said she will not rest till she wins a medal in the 2020 Tokyo Olympics. If the Asian Games be taken as the mid-point between Rio and Tokyo, next year will offer finite pointers to the direction in which Indian sport is headed.

To be sure, Indian sport minus government support is as good as dead. Today, there are any number of NGOs supporting sport at home. That, however, is for the elite achievers. At a time when news reports have appeared about funding problems for top-notch Indian athletes, one has to take it with a pinch of salt.

Be it athletics, archery, boxing, shooting, badminton, wrestling or gymnastics to name a few, government support has always been there. If the government wants accountability for funds spent, there is nothing wrong with it. For the government under the leadership of Prime Minister Narendra Modi, next year's Khelo India could be a real gamechanger.

The plans are grandiose and money is going to be splurged so that hidden talent across various sports can blossom. Hopefully, there will be proper dope testing measures in place to check the potential champions.

So, who does one pick as good bets for the next year at the big-ticket events? Indian badminton has shown depth and character, so the temptation would be to look at hot prospects like PV Sindhu and Kidambi Srikanth. If one were to analyse the quotes from these two players, they are hungry for a win at the Asian Games, where there is a lot at stake.

Till date, India has only one individual medal at the Asian Games — Syed Modi’s bronze in the 1982 Asiad. So, the Asiad will be a great arena for Sindhu, Srikanth, Saina Nehwal, HS Prannoy and the gang to explode. 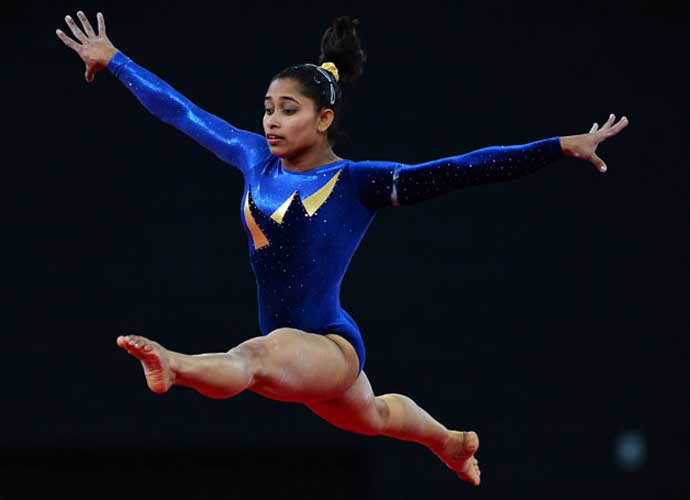 By the Asian Games, Dipa Karmakar should find her rhythm. Photo: India Today

Athletics promises a lot after the highs of the Asian athletics championship in Bhubaneshwar this July. In javelin, Neeraj Chopra is certainly a good candidate for an Asian Games medal. The new year could also offer pointers to the young breed of Indian athletes being groomed by legends like PT Usha.

Archery at the Asian Games is hard competition, and so is boxing, where Shiva Thapa, Devendro and possibly Vijender Singh can be counted upon to deliver. The federation politics in Indian boxing is over and focus is back on the sport. Now, it’s up to the men and women to deliver. Of course, one cannot forget Super Mom Mary Kom!

The “bloody” return of Sushil in wrestling has been tumultuous. Here is a man with two Olympic medals who almost quit the sport in 2016 and has bounced back like a yo yo. At the CWG, it should be easy for Sushil. How he primes himself up for the Asiad against tough competition will be interesting.

After the highs of Rio 2016, gymnastics queen Dipa Karmakar has been away from training. Post knee surgery, Dipa has slogged at rehab. Whether she can give it a shot at the CWG is not certain, but hopefully by the Asian Games, she should find her rhythm. The fourth-place finish in Rio was superb, so to expect a gold medal from her in the Asian Games is realistic. Shooting is a sport which has given Indian a huge number of medals.

At the Commonwealth Games, the standard of competition is not that stiff. Yet, at the Asiad, the standards are very high. Shooters from countries in the middle east and central Asian region are extremely talented and back it with surgical precision. Heena Sidhu is in the zone and needs to continue in the same methodical manner. Jitu Rai has a cool head and Gagan Narang’s experience cannot be written off. Add to it the younger breed of shooters, and there is hope.

The Indian hockey team will be defending its gold medal won in Incheon in South Korea in 2014. They need to win it again and seal their berth for the Tokyo Olympics. Hope or hype? Just as people expect the Sensex to hit the 38,000 mark in 2018, it’s realistic to expect big from our sportspersons. Happy New Year.

Also read: Why India is the land of spinners

Post your comment
#Happy New Year, #Indian Sports
The views and opinions expressed in this article are those of the authors and do not necessarily reflect the official policy or position of DailyO.in or the India Today Group. The writers are solely responsible for any claims arising out of the contents of this article.