IPL 2018: Why was dropping Yuvraj, Gambhir and Pollard like dropping a big bomb?

In a tournament where you need to think on your feet, the treatment of star players defies all logic.

The great Yuvraj Singh played seven games for KXIP before he was asked to keep Viru company in the dugout. In these seven games, he dragged his bat to 64 runs at a strike rate of much less than a run a ball – 91.42.

Yuvraj has been many things to Indian cricket, but somehow he’s never quite cut it in the league. But it’s the promise of Yuvraj that has compelled franchises to pay monster-money for him. Once upon a time, just the sight of Yuvi was good enough for the crowds. 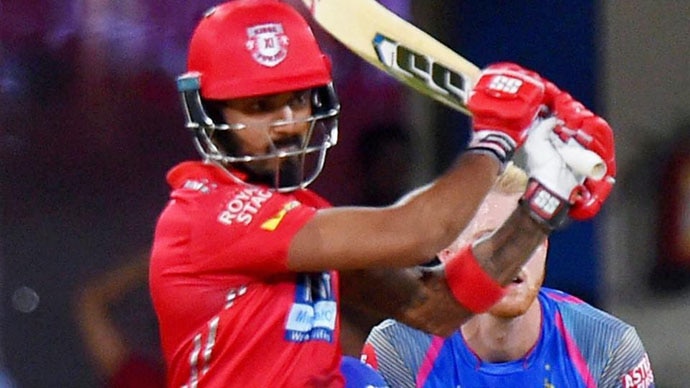 For a largely faceless team, with no big ticket Indian ODI or T20I stars, Yuvraj gives Punjab a star stamp of authority.

For a largely faceless team, with no big ticket Indian ODI or T20I stars, Yuvraj gives Punjab a star stamp of authority – he makes it to their ads, plugs, promos; in spite of doing little with the bat, he has that perfect sync with the team. Just watch him celebrate in the dugout, he’s the DJ in the house, the choreographer, the cool, funny dude who everyone gravitates to. He’s in many ways Punjab’s mascot.

When on the field, his fielding has been scratchy, but his enthusiasm has been electric.

Since his absence, KXIP has lost two of its last three matches.

It took six games for Gautam Gambhir to bench himself – 85 runs at strike rate less than a run a ball (96.59) is how it ends for a two-time IPL winning captain.

Years ago, Delhi Daredevils let go of Gambhir at his peak. To make amends, they picked him on the wane. Much like KXIP, Delhi too, lacked an Indian icon. And much like their northern neighbor, their move defied cricketing logic – in only DD’s second match, chasing 71 in six overs against Rajasthan Royals, Gambhir did not come out to bat, even after four wickets. As often before, Gambhir had put the team before himself. Years back at DD, he slipped down to the order, relinquishing the opening spot to David Warner.

If Gambhir’s selection for six matches was tricky, playing Glenn Maxwell for nine matches has been the biggest joke of the IPL. While both Yuvraj and Gambhir have appeared clueless in the middle, Maxwell comes across as a tail-ender trying to reacquaint himself with the blind slog in a long lost match.

It’s mattered little where or when Maxwell bats – the faith in him has been so absolute, and there appears to be a genuine belief that he must play his reckless natural game (for he has no other game) – every innings he appears blindfolded, striking purely by the smell of leather. It took six games for Gautam Gambhir to bench himself.

Maxwell has somewhat miraculously cobbled together 133 runs in nine matches; his hit-and-miss innings have lasted 87 deliveries, striking at 152.87.

Mumbai Indians’ love affair with Kieron Pollard started in 2010. Since then, he has been a specialist fielder who bats little, and bowls even less. His catches have been the toast of every highlights’ package. Pollard for reasons best known to MI has been one of their most sought-after players.

At times it seems that Pollard plays more matches in a season than even MI.

What to do, he’s always there. And rarely put under much strain. It’s always too early for Pollard to come out and bat – there’s a belief in MI circles that Pollard can win games of one-two overs but anything more is pushing his T20 powers.

So, coming in this late, it’s tough to ascertain what 76 runs off seven matches means, even if it’s at a strike rate of 108 and an average of 15. But after one defeat too many, MI’s hand was forced and they had to let go of Pollard.

All these indulgences pale in front of D’Arcy Short. In spite of scores of 4, 6, 11 opening the innings, Short got yet another go – 44(43) – helping him fuss long enough to find his touch but also sink his team. He followed that with a cracking 44 and a run a ball 2. Verdict is that RR has a better shot at winning when Short doesn’t score.

While Gambhir and Yuvraj are both pushing 37, and as champions in their time, could well find themselves in the odd mentoring role in future IPLs, don’t be surprised to see Pollard reappear if MI make the playoffs.

As for D’Arcy Short and Glenn Maxwell, there are enough Aussie commentators on air to tell us of their exploits Down Under. So what if this isn’t the Big Bash League.

Aside: Gambhir and Maxwell are both born on October 14.

Also read: While batting, could Dhoni have advised Kohli about the bowling?

#Gautam gambhir, #Yuvraj Singh, #Kings XI Punjab, #IPL 2018
The views and opinions expressed in this article are those of the authors and do not necessarily reflect the official policy or position of DailyO.in or the India Today Group. The writers are solely responsible for any claims arising out of the contents of this article.