Often it may have little to do with his cricket.

It’s difficult to say when you connect with a cricketer. Often it may have little to do with his cricket. It could be a name. A stray article that appeals. The way he says, “actually”. It’s not too different with how we connect with people really, how we like some more than others, how that like feeds on its own likeness and becomes something more.

As with Rishabh, it was this U-19 match. He was keeping wickets. He was loud. Loud enough to distract the running between the wickets. Repeatedly. At one time, he suggested they don’t take a single with a “No-No-No-No!” Or was it every time? Rishabh was warned by the umpire. The look on his face, candy taken from a child – “how do you expect me to keep if I can’t shriek?” Rishabh didn’t stay silent for long. He rarely does. Much like his bat.

While Rishabh was retained by his franchise, Delhi Daredevils, being with a losing team has its pitfalls – even a good player will be sucked into the diktat of defeat. Under Rahul Dravid’s mentorship, Rishabh was handed the role of a finisher, often coming in to bat when the match was lost. It was Sanju Samson who batted higher up, scoring his first IPL 100 in 2017. Risbah fell three shy that year, ending up with his highest IPL score, 97.

Rishabh, though, has the fastest T20 century by an Indian - off 32 balls. It’s also the second fastest ever, behind Chris Gayle’s 30 ball ton. But it wasn’t in the IPL. It was against Himachal Pradesh. In the Syed Mushtaq Ali Trophy. His batting partner that day was Gautam Gambhir. Their opening stand was 148 off 11.4 overs. Rishabh ended with 116 off 38 deliveries, Gambhir 30 off 33 deliveries. 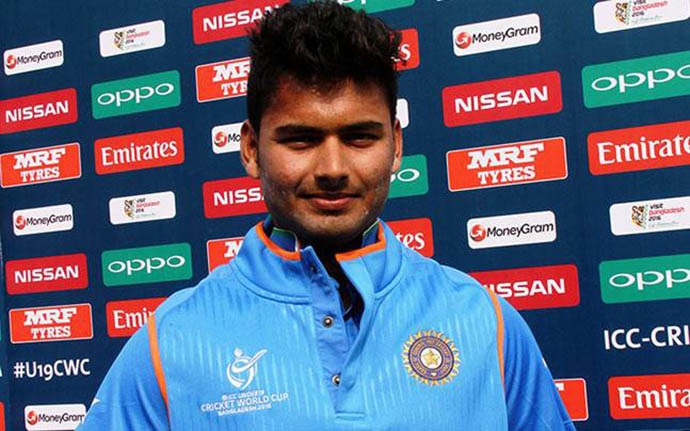 Under Rahul Dravid’s mentorship, Rishabh was handed the role of a finisher, often coming in to bat when the match was lost. 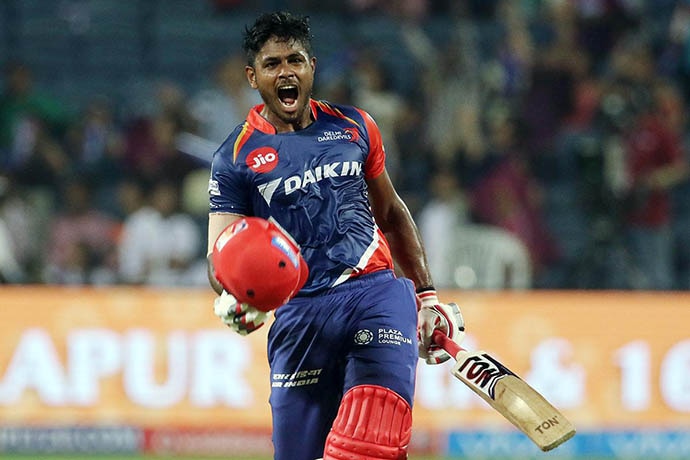 While Samson’s 92* won Rajasthan Royals the match, Pant’s 85 ended up on the losing side, overshadowed by AB de Villiers’ 90*.

Having played for India has ensured we no longer look at Rishabh’s U-19 cricket anymore. Or for that matter, his spectacular First Class and List A numbers. His strike rates of 99.36 (FC), 104.68 (L.A) and 163.11 (T20) are no more the pointers for India selection – his IPL numbers however, very much are.

More so, as Saha is the man for Tests, and Dhoni is the one-day master. Any vacancy that opens will be in the T20 side – maybe not even as a wicketkeeper batsman but as a batsman alone. Dinesh Karthik’s return, with a winning last ball six and ascendancy as KKR captain, makes it even trickier.

In this IPL so far, Rishabh has stepped up – his scoring shots and areas are far more; there’s an elimination of risks early on, starting with singles, twos; the boundaries are on the ground, often swept, a shot not many Indian batsmen play.

There’s an improved knowledge of his own game, that he can win the Delhi Daredevils games single handedly – that he, lofty as it may sound, is their best batsman. That Gambhir and not him is the captain, is a blessing.

More so, as he was sacked from captaincy within a week of leading the Delhi state team to the Ranji Trophy final.

“I want to focus more on my game. I want to contribute more to my team, I can do all these things without being captain. In my state, we have senior players like Ishant (Sharma) bhaiyya and Gauti bhaiyya. They are there to do captaincy, I don’t think I’m needed for this task at this moment.” – (as told to The Indian Express)

With Gambhir’s scratchy form, and Rishab’s increased batting influence, it’s uncertain how long he’ll be able to shy away from greater responsibility.

In the match against RCB, Rishabh’s seven 6s had Virat Kohli zapped – it wasn’t so much as the number, as the certainty and execution of those hits. They were brutal. Definite. Almost ruthless, often down the ground, far and wide into the night sky.

Six days before, however, Samson had tonked Kohli’s men for 10 6’s. We all know how that game ended.

After losing all over the country, the Daredevils come home to the Feroz Shah Kotla. Can Rishabh convert his knowledge of the Kotla into match winning innings – those that will help the Indian selectors not forget his name?

As it is, with Gayle, Russell and Narine, the West Indian cricketers are on a roll. Can Rishabh unleash some of his own Caribbean magic – it’s hip over square leg. Bring it on, boy. As with Samson, the magic is in the here. And now.

(Aside: In that U-19 game, just about every Indian bowled. Rishabh Pant turned his arm over with some leg spin. Much like my seven-year-old friend, Rishabh Khaund, who swears by leg spin. And only recently gave us a demonstration of his leg breaks and googlies in the living room)