Do nail-biters like Sunrisers Hyderabad versus Mumbai Indians hint at IPL being fixed?

The season has seen some exciting finishes already but this one took the cake.

Last night, when Mumbai Indians were restricted to 147 batting first, I thought the game was beyond them. The start that Shikhar Dhawan gave to the Sunrisers Hyderabad in the run chase made it even more one-sided. I switched the game off and decided to do something else.

But, true to its promise, the IPL had some thrills in store. Despite the equation being laughably simple for the Sunrisers, wickets fell in a heap and their number 11 batsman had to come out, which is extremely rare in T20 cricket. The season has seen some very exciting finishes already but this one took the cake because virtually every ball in the final over was like a last ball. One wicket, and the game would be over. 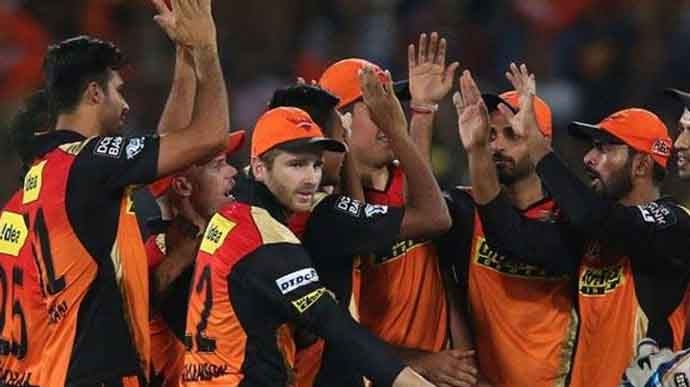 Naturally, when a target this easy is made to look so difficult despite being in a winning position, conspiracy theories about the entire IPL being scripted abound. We’ve all heard them from classmates, colleagues, friends, and neighbours. The fact that two teams were suspended for two seasons because of spot fixing scandals has only intensified these theories.

I’ve heard plenty of these theories over the years from a variety of people but the one thing they had in common was that they don’t really watch much cricket.

Had the IPL been directed at connoisseurs and savants of the sport, this wouldn’t have happened. After all, there are no such theories floating around about Test cricket. A few more about ODI cricket, and even more about T20 cricket. The amount of talk of match fixing going around seems to be inversely proportional to the popularity of a given format of cricket. Even within formats, a bilateral series doesn’t generate such talk, while bigger tournaments like the World Cup do.

The IPL is one of the biggest cricket tournaments in the world. It features 60 matches played over around 50 days. Unlike other T20 leagues around the world, which take place in the background of international cricket, the IPL has the eyes of the cricketing world on it. Moreover, being a franchise-based tournament, the IPL features teams that are as evenly matched as possible. Countries depend on homegrown talent, but IPL franchises can acquire players from anywhere. There is a fixed purse that applies to all the teams.

This results in a large number of matches taking place in a short span of time between very evenly matched teams. It is only logical that this will produce several matches that will be extremely close.

To those who don’t really follow the game, this may seem "suspicious", but it is not. Cricket is an extremely complex game with umpteen variables. One player not following the script, one bowler missing the line and length he’s supposed to ball, one fielder dropping a catch, one batsmen unable to play the shot he’s supposed to throws a spanner in the works.

Add to that the fact that the tournament is under such heavy scrutiny that the players would have to be Oscar-worthy actors to pull off something like this, and you’d see that these theories are laughably preposterous.

Cricketers make mistakes. They succumb to pressure sometimes, even when you may not feel there is any reason to be under pressure when you’re watching the game on TV. Last night, Manish Pandey, Shakib-al-Hasan, and Yusuf Pathan got out playing some very poor shots which then triggered a collapse.

This happens to the best of cricketers even at the international level, and Pathan isn’t even a player of international calibre. Pandey hasn’t cemented his place in the Indian side, and Shakib, despite being a terrific player, is prone to poor shot selection. There’s no conspiracy to fix the match here, and if there were, what was the idea?

“Money” is often the answer when you ask any of these conspiracy theorists this. This is laughable because IPL players are paid so well that it would take an obscene sum to convince them to do this (and this is if you’re assuming that money could corrupt anyone). And if the investment is so huge, the returns expected would be even bigger, which clearly did not happen last night.

Sunrisers ultimately won the match, so the motive couldn’t have been to lose on purpose. In any case, getting out with such an easy target on the board wouldn’t guarantee a loss. It would be smarter to stay till the end to steer the game where one wanted it to go.

No matter which way you look at it, such conspiracy theories seem more and more ludicrous. But the IPL is all about entertainment, and if you feel entertained by coming up with these theories, by all means, go for it.

#Mumbai Indians, #Sunrisers Hyderabad, #T20 cricket, #IPL 2018
The views and opinions expressed in this article are those of the authors and do not necessarily reflect the official policy or position of DailyO.in or the India Today Group. The writers are solely responsible for any claims arising out of the contents of this article.