IPL final: Whether he wins tonight or doesn't, Dhoni doesn't need to prove himself

The value of such a player, even when he’s not on top of his game, is immense.

The first coronation scene in Baahubali 2, by not such a simple twist of fate, the wrong man becomes king, and Baahubali, the commander-in-chief.

Baahubali though, was unfazed, as he stood by his king, stoic. It was then that his face appeared to morph into MS Dhoni’s. It wasn’t a trick. It really was Dhoni.

Whatever he might be feeling otherwise, Dhoni only transmits what he wants to. 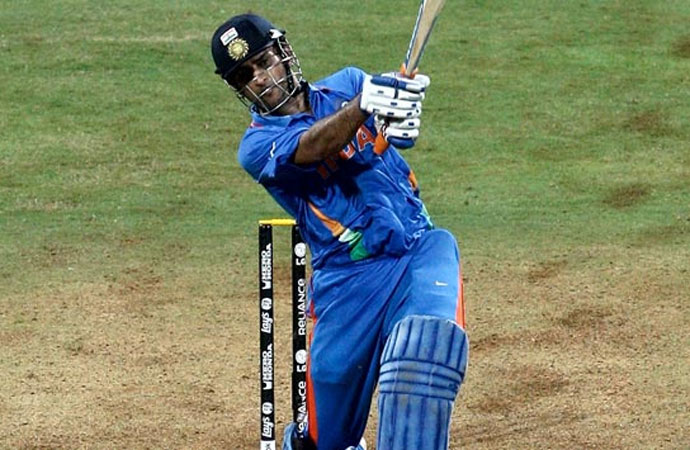 At one point, it seemed like a very long IPL for Dhoni. But whoever thought that Dhoni was going to be defined by runs and strike rates had got it wrong. Dhoni had already been defined. No matter what he did or didn’t do, least of all in the IPL, wasn’t going to change that.

Were you at the Wankhede when Mumbai chanted his name? Not on April 2, 2011 when India beat Sri Lanka, but on April 28, 2017, when Rising Pune Supergiant beat Mumabi Indians. Dhoni made just 7, no fours, no sixes, he was there for over 30 minutes for his 11 balls. Yet this non-event was an event.

As have been each of Dhoni’s 280 runs in the 15 matches going into the finals. Nevermind the strike rate that’s just 118, or the four not-outs to stretch his batting average to 28.

There are two big match-winning innings in there. Dhoni’s beasty 61 off 34 deliveries against SRH, and more recently, in the playoffs against MI – 40 off 26 with five 6s. That pretty much sealed Pune’s spot in the finals.

The value of a player such Dhoni, even when he’s not on top of his game, is immense. There’s match awareness, which teams that fluctuated between blundering and brilliant, failed to instill in their players – too often a DD or KXIP batsman got out trying the big shot when pushing a single to long-off would’ve sufficed.

When the match gets dodgy, Dhoni, more often than not, prefers to just hang in – it can be quite unattractive, but he will be content to defend the first few deliveries back to the bowler. So he can live to fight another over.

There’s a deep awareness of his own game - Dhoni knows, that he has a better shot at hitting the 12th delivery he faces for six, far more than the first or second one. But why then does he not rotate the strike when he comes in – surely taking a single can’t be so hard?

This seems to be another risk eliminator, and he’s way too content just blocking back to the bowler – if he’s a spinner, he’ll take a step or two down the track just to deadpan the ball down the pitch. Often exasperating, both for a jumpy bench and an even jumpier fan.

But by now if they’re jumpy, then they don’t know Dhoni. They haven’t been on the many-speeded ride and gear shifts with Dhoni. They have only been there for the last-ball sixes. The last-over heroics. The last two-over crazies.

They have missed out, their selective memory has denied them the ultimate treat – the gentle bass lines that mark the start of a Dhoni innings, they spell the impending doom for the opposition.

As the engine of a Dhoni innings warms up, there are spurts and spits of Jimmy Page-like leads, and before you know it, there’s a six over your head, the whole band is playing by now. Dhoni is the front man, Dhoni is the last man. Standing. More often than not.

#MS Dhoni, #IPL, #IPL final
The views and opinions expressed in this article are those of the authors and do not necessarily reflect the official policy or position of DailyO.in or the India Today Group. The writers are solely responsible for any claims arising out of the contents of this article.