Confessions of a sportsaholic: How I survived CWG, IPL and the FIFA World Cup rolled into one continuous coverage

Would we have it any other way?

The world rejoiced when Hugo Lloris held aloft the World Cup on Sunday. Hugo Lloris got the cup. We, the sportsjournalists, too got ours (Photo: Reuters)

Surreal scenes in Russia were broadcast to the entire world. Heavy rains lashed Moscow; Vladimir Putin was shielded by an umbrella as Emmanuel Macron, Kolinda Grabar-Kitarovic and Gianni Infantino got drenched. Heavy rains lashed Moscow. We, in Noida, were drenched in excitement (Photo: Reuters)

France had just become the world champions for the second time in 20 years. Croatia, the warriors from Eastern Europe, were no match for the rampaging French in the title clash but Zlatko Dalic's men had won hearts — they were going to return home as the lowest-ranked World Cup finalists in history and the smallest nation to compete for football's most-coveted prize in 68 years.

Naturally, there was unbridled joy not just in Moscow, Paris and Zagreb, but the world over, as the new champions were rewarded and celebrated.

Far away from Moscow, where all the action unfolded, a few night owls in Noida were yet to share that global happiness. There were deadlines to be met, follow-ups to be written, reactions to be presented, statistics and numbers to be looked at. For my web team, the World Cup was far from over.

Hours after the celebrations had died down, relief was writ large on the faces of my colleagues. Not that we did not enjoy covering the FIFA World Cup live for a month: 32 days and 64 matches to be precise. And before that the IPL, which lasted for nearly two months from April 7 to May 27 or the Commonwealth Games (April 4 to 15), part of which ran parallelly to the IPL.

These three tournaments meant insane hours. Shifts beginning at 4am, ending at 2am, long hours, jumping from one sport to another. Often during the FIFA World Cup, there were cricket matches to cover, along with badminton, tennis and hockey.

As captain of the ship, there was no escaping the pressure, even for a day. There was no chance I was going to wind off. Bye bye social life: I would leave home at weird hours and get back at weirder hours. (Representative image: Reuters)

Getting stories and follow-ups ahead of competition is an addiction, it's like tasting blood and once you get used to that as a journalist, you would not have it any other way.

So there we were, me and my merry band, obsessed with covering every angle of Manika Batra's CWG medals, CSK's historic triumph and Croatia's stunning run to the World Cup final. There was no way we were going to miss anything. One, we love what we do. Two, we are competitive and fiercely passionate. 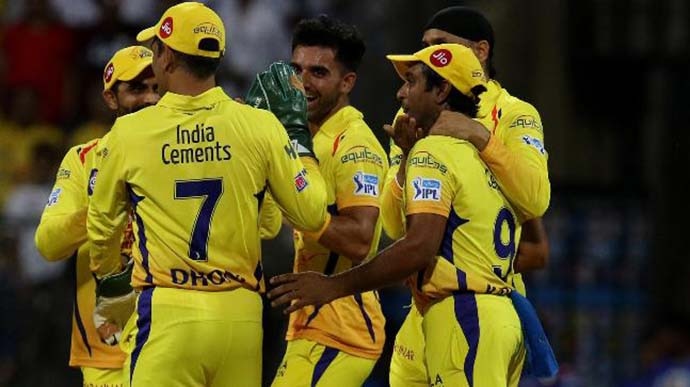 The pressure is on us: Getting stories and follow-ups ahead of competition is an addiction

But all of that is well. For the outside world, sports journalism is an attractive profession. You get paid to watch sports! What could be better?

Well, what of the long hours? The really, really long hours. The constant pressure of live events and then multiple live events in different corners of the world can sap your energy like you never knew.

And you could lose your identity. I did.

I would leave home at weird hours and get back at weirder hours. There were moments I did not know what was going on in my own house. I had asked my cook to look for a new cleaning maid. She duly complied, recruited new help but I had no inkling that staff had changed at home — for when she came in to work, I would catch up on my two hours of sleep.

Once, when I was walking back home, jaded and exhausted from the day's work (or was it the past two days together), the guard posted at the building lobby asked if I stayed there. My first instinct was to snap at him: then I looked at him wearily and decided I was too tired to even object. The poor guy was only doing his job and I did not even know there was a change of guard.

But imagine. The guard at your own building asking you if you stayed there. Well, yeah I guess. Have called the place home for two years at least.

This was, of course, not the first onslaught of sports that I survived. Ten years into the profession, you learn certain survival tricks. And these tricks hold you in good stead for the rest of your life.

Primarily, you do not invest your energy elsewhere. You cut yourself off socially, and tune off from the rest of the world as far as possible. Would we have it any other way? No, we are happy

More importantly, it helps if you love sports like I do.

Most importantly, it helps if you have no commitments to a partner. (that's a completely personal opinion and not one I would actively advocate) But come to think of it, you need all the time in your hand to deal with the enormity of live sports coverage round-the-clock.

Now that the Commonwealth Games, IPL, World Cup and India's limited-overs matches are over, our breed of specialists is looking to find their way back in society. The weekends are suddenly not going to be as packed (wait till the Asian Games start next month, folks) and all kinds of opportunities suddenly seam real. A part of all our lives has been restored, albeit temporarily before the next surge.

At the end of the day, no one is complaining. Ask me or any of my mates — would we have it any other way?

Also read: 2018 FIFA World Cup Final: A game beyond comprehension, a final for the ages