Several years ago, when I was to interview players of the Indian women cricket team that was having its camp in Hyderabad, I was asked by a senior news editor to ask all the women cricketers who their favourite male cricketer was. I did not see how that fitted into a story on how the women's team was to perform on the field and refused to do so. If I had followed the diktat to showcase the women cricketers as some sort of cheer-girls for the male Indian side, Mithali Raj would have said those famous words to me that day. 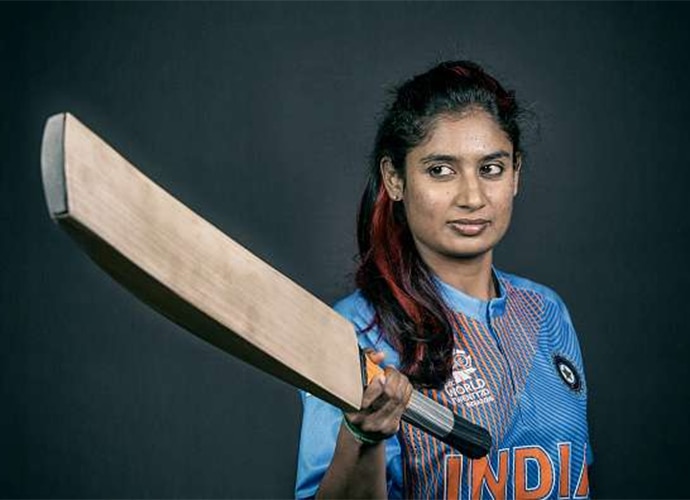 Cricket may be religion in India but the pantheon of Gods is all male. And the women in blue are expected to join the chorus of a fawning nation instead of demanding their place under the sun. The cricket ground, contrary to expectations, is not a level-playing field. In ways subtle and not so subtle, it is conveyed to women cricketers like Mithali that it is not their Raj.

I experienced it firsthand, again with Mithali. This dates back to 2008 when I was to interview her at the Hyderabad cricket stadium. An official of the association suggested that she should not be interviewed at the stadium since only the “boys” play here.

“But she is also a cricketer from the city and if I can interview VVS Laxman here, I see no reason why Mithali should not be,” I argued. And I stood my ground.

For those covering cricket in Hyderabad, Mithali is a familiar face. One has literally seen her grow as a cricketer into one of the biggest names in women's cricket. If the likes of Shanta Rangaswamy, Diana Eduljee and Purnima Rau took the first steps for Indian women's cricket, Mithali Raj, Jhulan Goswami and the present bunch of girls have played a huge part in taking India to the next level.

What Mithali did during the India-England match cemented her place as Captain Cool. It was a Mithalism that even MS Dhoni, the original Captain Cool, never exhibited. Waiting to come in to bat at the fall of the first wicket, the 34-year-old bat was not a nervous wreck, with butterflies in her stomach. Mithali was cool as a cucumber, reading a book beyond the boundary rope. She later revealed that she was an avid reader and since Kindle wasn't allowed on the field, the fielding coach had lent her the book on Life's Essentials.

“It (reading) calms me down and I do not get those jitters getting into batting,” said Mithali.

ICC tweeted: “No one has more chill than Mithali Raj”. @CricketWorldCup called her the Queen of Cool, to which Mithali responded with a cheeky, “Well it was a perfect weather for a relaxing read”.

Those who have known Mithali since she picked up a bat around the age of 10, say she is an introvert and is happy in the company of books and music. Former India coach Purnima Rau says she has always gifted books to Mithali after every series win.

“I remember gifting Enid Blyton books to Mithali when she was younger,” says Purnima. “I remember seeing her read books inside the dressing room when she was playing for the Railways and would find it baffling. But obviously she is able to bat after reading. At the same time, I can tell you she has scored 80's and 90's even when she went in without reading a book.”

Mithali went on to score a 71 in the match against England, leading India to a victory by 35 runs. The hit - Mithali's 7th consecutive fifty - was a record making the India captain the first batswoman in the world to do so. Her swag showed in her headgear as well, a floppy hat instead of a helmet. What's more, Twitter now has an emoji for her.