Should MS Dhoni Walk or Not? How Captain Cool has now divided India into Dhoni bhakts vs Dhoni haters

Aam and khaas fans alike want MS Dhoni to not hang up his gloves. But, critics demand, he should take a break now. The divisive intensity of this debate takes it beyond the cricket pitch.

I begin this piece with a confession — I am one of those rare Indians who does not care much for cricket. Yes, I do sit through some of the nail-biting final overs of a match which India is playing — but that’s it.

All of us have been consumed with a sort of depression since India’s hattrick World Cup dream crashed with a loss in the semi-finals. I watched the last couple of overs of the India vs New Zealand match, which sent everyone’s pulse racing and blood pressure shooting up at my workplace.

And what a scene it was — a micro image of a nation obsessed with cricket, where every other person was an expert. Depending on the game at the pitch, the comments kept flowing. Someone commented on how as long as Mahendra Singh Dhoni was at the pitch, there was some hope for India. One could see Dhoni mumble something, and along with the bouncers from New Zealand’s pace battery came a volley of comments, “Dhoni is a genius, he is doing his mathematics!” But, on the other hand, there were also those who blamed Dhoni for slowing down Ravindra Jadeja.

So, that was the story of the World Cup for India and MS Dhoni — the nation was divided into Dhoni bhakts and Dhoni haters. 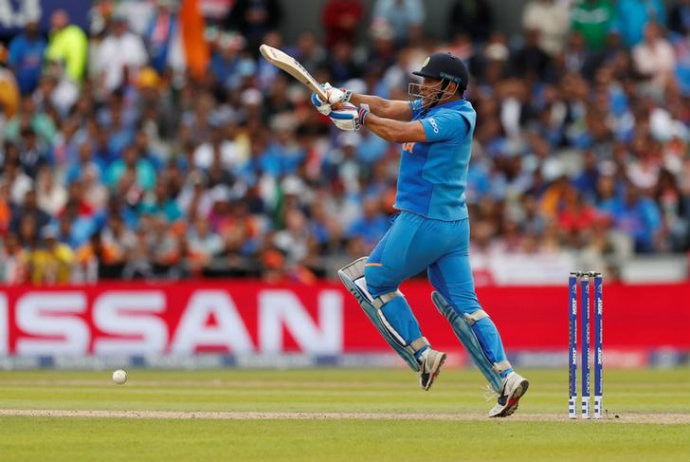 Is there a boundary? Yes, Dhoni is slower than what he used to be. But does that mean we don't need him anymore? (Photo: Reuters)

The MS Dhoni story is the most fascinating one. It is full of emotion and drama. India was clearly divided.

I encountered many 'bhakts' — no ordinary fans — both in person and on social media for whom he is the God who can't make any mistakes, and haters who thought his game in the last couple of matches in the World Cup has been so poor that if Dhoni himself was in the deciding seat, he would have dropped himself.

On Twitter, #DhoniInBillionHearts was still trending when I last checked. An outpouring of pure emotions, from aam fans to very 'khaas' ones, like the legend Lata Mangeshkar herself appealing to Dhoni to consider not hanging up his gloves or and Smriti Irani tweeting “Dhoni bas naam hi kaafi hai”, flooded social media.

Since that loss, I, who am not a cricket enthusiast, have been drawn into many pro- and anti-Dhoni conversations unintentionally.

The morning after India’s defeat, as I dropped my kid off to school with neither Dhoni, nor India’s loss on my mind, the rest of India wasn’t willing to give up on this debate.

A fellow mother of a seven-year-old was heartbroken as her kid wailed last night at India’s loss and she, being a huge cricket fan herself, was furious with Dhoni for not living up to the legend he is. She kept using Modi and Dhoni alternatively as a synonym for each other (maybe a slip of tongue) in her passionate outpour. But for such a slip, there must have been a subconscious parallel between the undisputed strongmen in their respective fields.

So, Dhoni is to cricket what Modi is to Indian politics? They have been great finishers, after all!

Dhoni clearly evoked very strong passion either ways. But to get a billion people to follow him blindly, Dhoni clearly has changed the face of Indian cricket as ICC tweeted on his 38th birthday.

The legion of Dhoni fans tried to defend their cult hero and social media is flooded with emotional appeals for Dhoni to not retire.

But there is also a deluge of negativity. More than the World Cup defeat, it is Dhoni, the 'captain cool' who is the centre of everyone’s attention. Can he or can he not continue to be the legend, is the question. It's not just the billions of cricket lovers — the cricket fraternity stands divided on this as well. One could see the rift wide open when Sachin Tendulkar questioned Dhoni’s intent during the match against Afghanistan. Or while Harbhajan Singh and VVS Laxman agreed that the Indian batting against Afghanistan was slow in spite of us winning the match. Dhoni’s fans, who are not ready for any criticism, immediately questioned Tendulkar’s game when similar questions of “should Tendulkar retire now” were being raised.

Decibels have risen since Nasser Hussain used the word 'baffling' to describe Dhoni’s approach towards England. Sourav Ganguly was scathing too. MS Dhoni has been criticised for his strike rate and strike rotation in the World Cup 2019. The wave of criticism has grown since India lost the game and billions of hopes were shattered as Dhoni could not be the finisher that he was. He hasn’t been able to during the last couple of games. Even then, that evening, fans knew that MS Dhoni was the man who could take them over the finish line in that semi-final — even though Dhoni, the most reputed runner who ran the hardest in the Indian team, was ironically run out, a huge number of people firmly believe that Dhoni and Jadeja got India back in the game, otherwise, we would have finished with a more embarrassing total.

Dhoni’s current performance frankly hasn’t been the best — a man known for his boundaries and helicopter shots was taking singles when the need of the hour was a big hit. It baffled fans, but with his experience and understanding of the game, he clearly must have had a good enough reason. He has given millennials and the generation older to that some of the best cricket memories when they watched him hit sixes. They would like him to go down in history as a legend, not as someone who tried towards the end of his cricketing career.

Even to a layperson like myself, who doesn’t follow too much cricket or many cricketers, it is evident from the myriad discussions I have been dragged into that Dhoni’s powers are on the wane. Having said that, he still inspires and evokes confidence — he can still go big on his day. But in those ”45 minutes of bad cricket", as Kohli put it, the spotlight shone brightly on Dhoni and Dhoni alone since he was the man 1.25 billion people had placed their trust in. 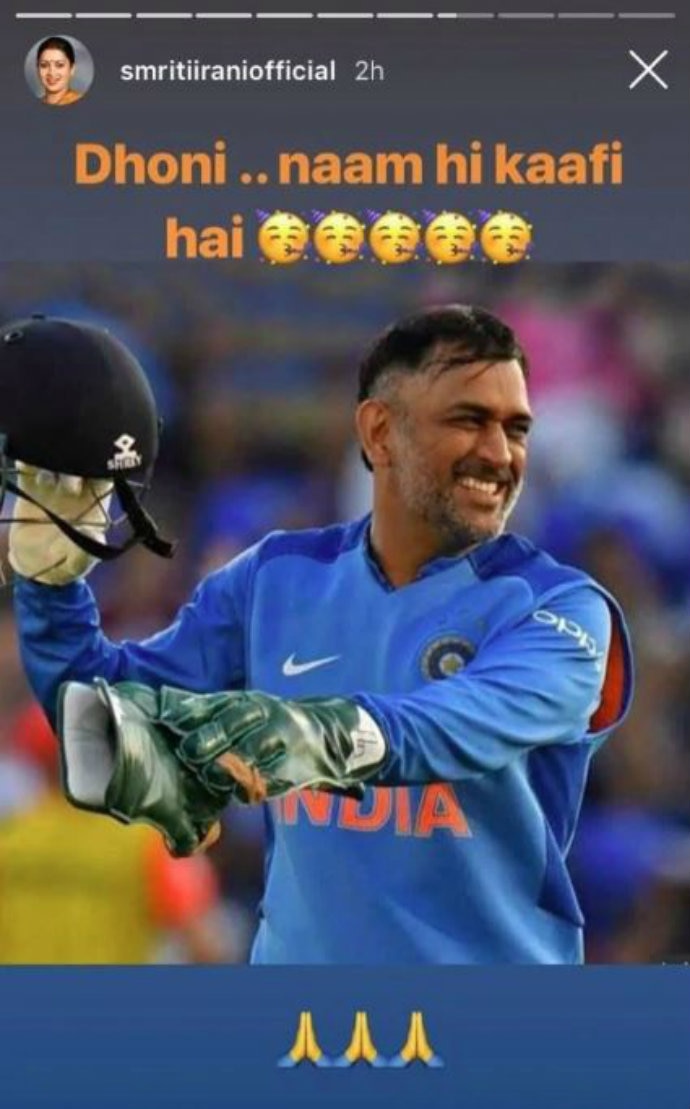 Voice of support: Aam and khaas fans were united in their support for Dhoni. (Photo: Instagram screenshot)

Murmurs and whispers questioning his game, however, have only grown louder, so as to prompt Michael Clarke to say, “Greatness has no expiry date and you all should remember that.”

Finally, Smriti Irani put it, and I couldn’t help but agree, Dhoni’s greatest achievement is that even when India was at 5 for 3, 1.25 billion people still believed that “Dhoni hai to mumkin hai.”

Also read: MS Dhoni, Please Retire! It pains me to say this as a Dhoni fan, but it’s time Captain Cool calls it quits