Wear the Balidaan badge with pride, MS Dhoni: Don't we play for pride of country?

Why it's perfectly logical for MS Dhoni to wear his special badge. After all, the ICC has changed its own rules many a time in the past.

Amidst all the brouhaha that has burst forth over MS Dhoni's special badge sported on his wicket-keeper's gloves, I feel this is simply a storm in an English teacup.

There is absolutely nothing wrong with MS Dhoni having worn the Balidaan badge — he has done so as a treasured tribute to our army men. The ICC can go on about their rules and claim that only one logo is necessary and nothing more can be displayed on a wicketkeeper’s glove. But all said and done, symbols are powerful things — and through this one symbol, Dhoni was able to send out the message to the world that he stands firmly with our army men. A Great Sign: ICC has asked MS Dhoni to remove the Balidaan badge from his wicket-keeper's gloves. (Photo: Twitter)

With the ICC firmly asking Dhoni not to wear this badge again, we may not see MSD sporting it in coming matches. The ICC statement reportedly said: “The ICC equipment and clothing regulations do not permit the display of messages that relate to political, religious or racial activities or causes during an international match.”

But this is not the first time a cricketer has sported his message on his sleeve, his cap or his arm. 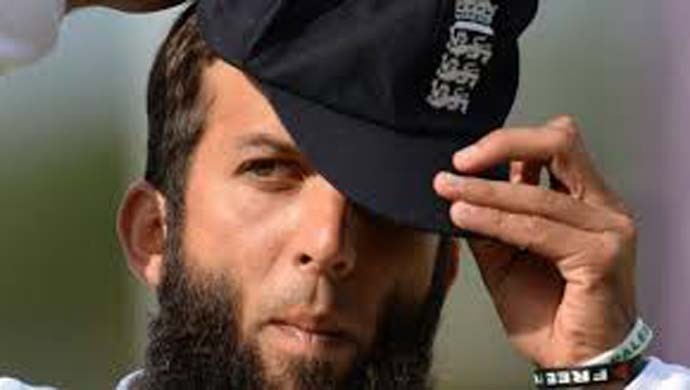 Off with his band: England's Moeen Ali was asked by the ICC to remove his 'Save Palestine' wristband in 2014. (Photo: Reuters)

In 2014, for instance, the ICC had asked England batsman Moeen Ali to remove wristbands bearing the slogans 'Save Gaza' and 'Free Palestine'.

But by doing so, the ICC only showed how stiff it is about players having political views, which they are entitled to as citizens of a modern world. It is ridiculous, I think, for the ICC to make objections based on 'custom' or 'tradition of the game' now, when otherwise, they have shown a remarkable willingness to change the game itself, from the number of overs to the colours of cricketers' clothing, even a pink ball in some cases, throwing their 'tradition', their rules and regulations, to the winds in those instances.

Why was change ok then?

Simple. Because it brought money.

Dhoni's wearing this badge is above and beyond money.

It is a mark of respect and solidarity, even more important in the year of Pulwama, when a Pakistan-trained terrorist in February savagely attacked and killed over 40 of our armed troops in Kashmir. From then, a debate has been raging about whether India should even play Pakistan at the ICC World Cup. In the larger spirit of the game and sportsmanship, India did agree to do so. But now, in the larger spirit of human ethics, the ICC should agree to Dhoni sporting his special badge.

The badge which Dhoni has on his gloves is worn by the Para Special Forces.

The badge on the maroon beret sported by the forces speaks volumes about who you are and what you're capable of — it is apparently earned by just four or five volunteers out of a select 100. You have to be the best to earn this. For those who don’t know, MS Dhoni was given an honorary rank of Lieutenant Colonel in 2011. During induction in Agra, Dhoni is believed to have done five parachute jumps during the training period. He is also part of the para regiment.

The badge he wore is part of the regiment he serves. 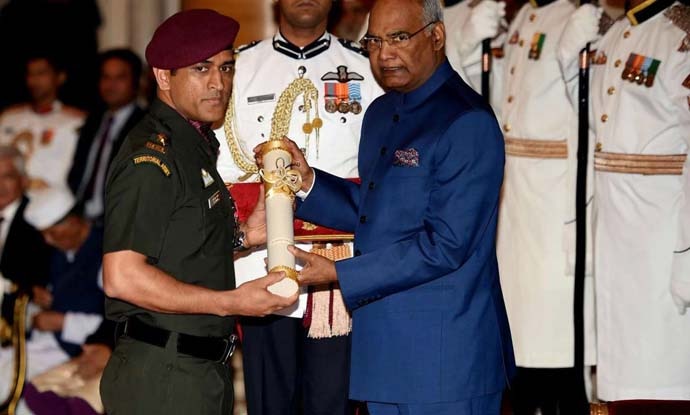 Last year, Dhoni received the Padma Bhushan award, given to him for his immense contribution. Wearing his army uniform, Dhoni marched past all the dignitaries present at the Rashtrapati Bhavan before receiving the honour from President Ram Nath Kovind himself. In 2017, Dhoni visited the Kashmir Valley and spent time with army personnel there.

Earlier this year, Dhoni and the entire Indian team wore army caps during an ODI match held against Australia in Ranchi. This was a tribute to the CRPF personnel who lost their lives in the Pulwama terror attack. 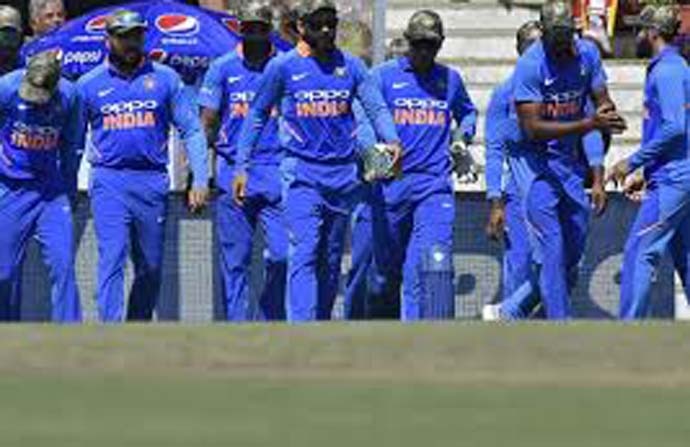 The cap said it all: The Indian Team had worn army caps earlier this year as respect for the Pulwama martyrs. (Photo: Reuters)

At that time, Pakistan had raised an objection — but the ICC did not say anything.

This time too, Pakistan is raising much of the storm over Dhoni's badge. Fawad Chaudhry, Pakistan's Federal Minister for Science and Technology, apparently said in a tweet: “Dhoni is in England to play cricket not to for MahaBharta , what an idiotic debate in Indian Media, a section of Indian media is so obsessed with War they should be sent to Syria, Afghanistan Or Rawanda as mercenaries."

Mr Chaudhry should cool down, get off Twitter and get to some real work, given the disastrous scenario his country is in.

No, MS Dhoni is not 'obsessed with war' — but yes, he is backing every jawan who is safeguarding us.

And that makes him one among billions of us proud Indians. Indians who love their country enough for us to strive in war and peace to win. For us to strive in the ICC World Cup too. For what is sports without nationalism? Can the ICC please tell us?

Also read: Formidable force but weaknesses too: Team India has its work cut out for the World Cup

Post your comment
#MS Dhoni, #Army-insignia, #Balidaan badge
The views and opinions expressed in this article are those of the authors and do not necessarily reflect the official policy or position of DailyO.in or the India Today Group. The writers are solely responsible for any claims arising out of the contents of this article.