Immigration Minister Alex Hawke cancells Djokovic's visa for the second time just three days before the Australia Open at Melbourne. What options does Djokovic's legal team has and will he compete at the tournament?

Just when Serbian tennis superstar Novak Djokovic thought that his woes Down Under were over, a new tragedy stuck. Australian Immigration Minister Alex Hawke has cancelled the visa of the tennis superstar for the second time, casting aspersions on his participation at the Australian Open, which starts on January 17 in Melbourne.

The World No.1 faces a deportation from Australia, which also threatens his desire of winning a record-breaking 21st Grand Slam title, in a tournament which he has always dominated since the beginning. 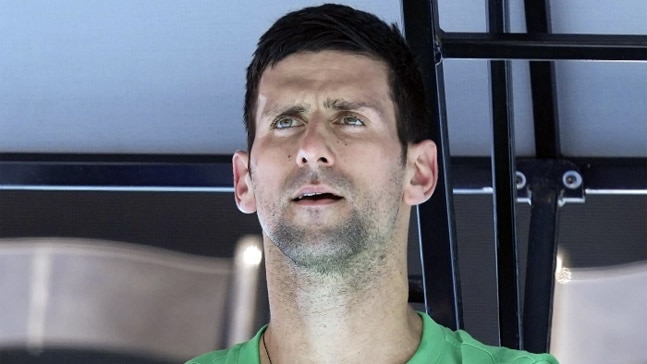 The legal team of Djokovic has appealed the matter in the Australian Federal Circuit Court in front of Judge Anthony Kelly. The counsels of both sides have placed their arguments, and the court has been adjoruned, without reaching a verdict.

According to the Washington Post, immigration lawyer Stephen Lloyd has agreed not to seek Djokovic’s deportation from Australia until the court proceedings are over. The Serbian tennis player would be interviewed by immigration authorities on Saturday, January 15, where Lloyd indicated he would be detained. However, Lloyd also said that Djokovic would be allowed to spend time with his legal team that is preparing for the case, for further hearing on Sunday, January 16.

Here is quick brief on the case:

The Australian Immigration Minister exercised his discretionary power to cancel the visa of Serbian tennis star Novak Djokovic. In a statement, the minister said that he has exercised his powers under Section 133C(3) of the Migration Act to cancel Djokovic’s visa on 'health and good order grounds' and 'on the basis that it was in the public interest'.

? #Australia cancels #NovakDjokovic’s visa? Alex Hawke, Australian Immigration Minister, said he was cancelling Djokovic’s visa because “it was in the public interest to do so”? A legal challenge now remains Djokovic’s only hope of defending the Grand Slam.#AusOpen pic.twitter.com/3NeEpqCgZf

The minister deliberated on the judgment for four days, and came up with the cancellation of Djokovic's visa for the second time, just three days before the Australian Open in Melbourne, throwing Djokovc’s legal team into a rush.

Djokovic's lawyer mentioned that these grounds are different from what the government gave when it cancelled the visa for the first time.

3. CAN HE PLAY WITH THE LEGAL PROCEEDINGS GOING ON? Djokovic’s first match at the Australian Open is against fellow Serb Miomir Kecmanovic. His playing in the first round is in doubt because the tournament begins in just three days, and today, the Australian government has revoked his visa for a second time. He has a very limited time to appeal his cancellation of the visa.

4. WHAT OPTIONS DO THE LAWYERS HAVE?

Maria Jockel, an immigration law specialist at BDO Australia told CNN that Djokovic’s legal team has 28 days to make representations to the Immigration Minister Alex Hawke, who can also then choose to reinstate the visa.

During that time, Djokovic might be placed in detention again, and the immigration officer might provide him with a bridging visa, which can allow him to play in the Australian Open, waiting for the decision or making arrangements to leave Australia. In a statement released on Friday, Morrison said that he understands the action taken by the minister to cancel Djokovic's visa, reiterating that it was in the best interest of the public.

6. VENDETTA BY THE AUSTRALIAN GOVERNMENT?

The timing of the decision of revoking Djokovic's visa, just three days prior to the Australian Open in Melbourne, has been criticised by Djokovic's fans on social media.

This found support in the former deputy secretary of the Immigration Department, Abul Rizvi, who said that he was surprised by the second-time visa cancellation, and described it as a “high wire act of the government”.

Talking to ABC Radio Melbourne, Rizvi said that Australia’s international reputation is at stake, which would be bad if it loses the case (again). The case shall now go to judicial review.

He also said that the Immigration Minister can decide to invoke bridging visas if he finds it appropriate in the circumstances and that it is not impossible.

If granted a bridging visa, Novak Djokovic could participate in the Australian Open, while waiting for a decision.