Serb player Novak Djokovic has spoken for the first time on his Australian deportation, his stand on vaccines and how he felt after being deported from Australia.

All that started on January 6, 2022, starting from Djokovic’s detention, ended up with the player finally being deported out of the country on January 16, 2022. The Serb player had to leave the country two days before the Australian Open started.

After nearly one month since the entire deportation saga, Novak appeared in an interview with the BBC’s Amol Rajan and spoke in detail about his stand on vaccines, his Australian detention and his deportation from Australia.

Here are 7 major quotes from the interview:

1. WAS NEVER AGAINST VACCINATION

Ironically, Djokovic was deported from Australia on the same grounds that his anti-vax stand might lead to vaccine hesitancy and also cause civil unrest.

2. WILLING TO LET GO OF THE GREATEST PLAYER TITLE 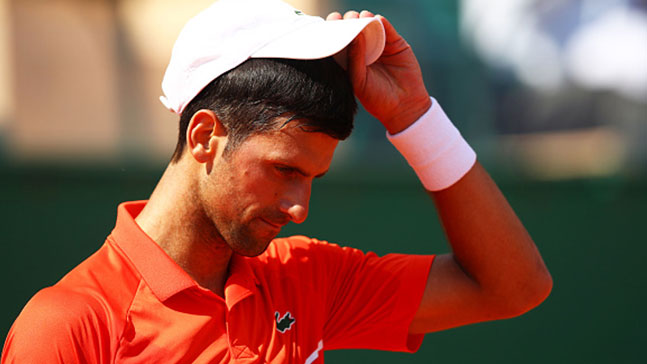 Djokovic said that he is willing to let go of the chance to statistically become the greatest player of all time. “Yes, that is the price that I am willing to play,” he said. He said the principles of decision-making on his body are more important than any title or anything else. All he is trying to do, he said, was to tune with his body as much as possible.

Djokvic is one of the best tennis players in the world.

Djokovic said, “I was never against vaccines. I understand that globally, everyone is trying to put a big effort into handling this virus and seeing, hopefully, an end soon to this virus.”

4. DIDN’T TAMPER WITH THE COVID RESULT

Asked by the BBC if in any case his Covid result was tampered with, Djokovic had a flat no as response. On February, 3, the BBC Research check had found that the serial number of Djokovic’s Covid test was out of sequence with other tests in Serbia.

Djokovic said that he understood the criticism and the number of theories on how lucky he was to get Covid at the 'right time'. He said that no one is lucky to have got Covid as millions of people are struggling with the virus in the world.

“I really don't like someone thinking I've misused something or in my own favour, in order to, you know, get a positive PCR test and eventually go to Australia," Djokovic said.

5. THE VISA ERROR WAS NOT DELIBERATE Djokovic said that the error in his visa was not deliberate and that it was reported to the authorities and even accepted by the Australian Federal court. “Absolutely, the visa declaration error was not deliberately made. It was accepted and confirmed by the Federal Court and the minister himself in the Ministry for Immigration in Australia,” Djokovic said.

Djokovic had accepted the error which he said was made by an agent. He had clarified on it that he had reported it to the authorities.

6. DEPORTED ONLY BECAUSE OF ALEX HAWKE’S PERCEPTION

Djokovic made it clear that he was not deported because of his vaccination status or that he broke rules or there was an error in his immigration form. He said he was deported solely on Immigration Minister Alex Hawke’s discretion that his presence could see strong anti-vaccine sentiments.

“The reason why I was deported from Australia was because the Minister for Immigration used his discretion to cancel my visa based on his perception that I might create some anti-vax sentiment in the country or in the city, which I completely disagree with,” Novak said.

7. SAD AND DISAPPOINTED WITH WHAT HAPPENED IN AUSTRALIA

Novak Djokovic talking to BBC said he was sad and disappointed with how things ended in Australia. "It wasn’t easy," said Djokovic.

Novak’s visa cancellation order was not overturned by the Australian Federal Court on January 16, 2022. He was deported from Australia the same day.

Rafael Nadal won the Men's Singles at the Australian Open 2022.