It's not clockwork orange: For me, Team India's orange jersey is not familiar. It makes it harder for me to cheer

Team India will be wearing orange jerseys against England in their World Cup face-off. But I simply don’t associate with the Indian team in saffron colours. Here's why.

Ever since India's cricket team sported coloured jerseys, these have always been in blue — right from the 1992 World Cup, 1996, 2003, 2007, 2011, 2015. Each time the blue turned dark, light, bright, even fluorescent. This colour has now been ingrained in our minds with Team India — so how can you ask us to suddenly automatically support a team donning the colour orange?

Several peoples' concerns on the orange jerseys being non-inclusive and/or political are also not unfair. With the BJP coming to power, there is suddenly a visible drive to paint everything saffron, right from the AV Bridge in Madurai to toilets being made by the UP government. In Badauni, Yogi Adityanath's government reportedly painted a statue of Dr Bhimrao Ambedkar shades of saffron.

Isn’t this similar to what Mamata Banerjee is doing in West Bengal, colouring everything on the streets white and blue — the Trinamool Congress’s colours? 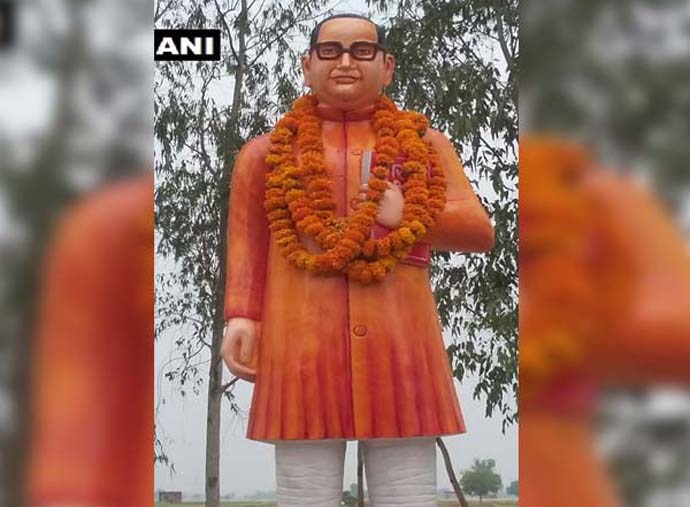 For those who view saffron as part of India’s colours in the national flag, well, there is green there too — so, why not wear green instead of saffron?

Does that colour take the 'Indian-ness' out of Team India? Isn’t it part of the Indian tricolour too?

So, why did Team India wear blue in the first place and not saffron? The colour blue was selected deliberately — green or saffron would have apparently raised red-flags of religious or political favouritism, as saffron is popularly associated with Hinduism and green is predominantly linked with Islam. Selecting any of the two colours could have hurt India’s secular image. Thus, blue became the safest choice as it signifies the sky and the ocean, a vastness of mind and heart.

Which has always been our India. 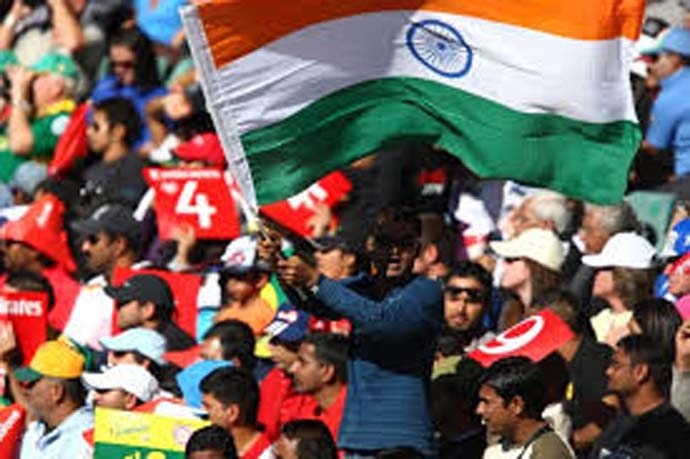 Why just gerua? The Indian flag has saffron, white, blue and green in it. Why select only saffron? (Photo: Reuters)

This is no small matter either. Colours have a psychological perspective too, studies suggesting that blue represents both responsibility and reliability. It is also a symbol of wisdom. Saffron represents bravery and courage while green means renewal and energy. From this point of view as well, blue scores above the other two colours as it conveys calmness and the level-headedness needed to focus and win.

In any case, why do we associate one colour with any religion? Is there any portion, say, in the holy Bhagvad Gita that says saffron is only for Hindus, or such a mention of green in the holy Quran? No — these are all man-made associations.

But there are some colours which have long been associated with a team and country — colours which have in fact helped us to look over and beyond narrow man-made associations towards greater, larger, inclusive ideas. Please don't change these colours because we — and that means all of us Indians — have our emotions, yes, our secular emotions, attached to them. Don’t bring religion into sports. India belongs to all, not to one party or colour. I would rather see India coming out in white than wearing saffron jerseys.

Are we wearing politics on our sports sleeves? Yes. (Photo: Twitter)

I also want to ask the ICC and BCCI — why must this experiment of new jerseys be done during an ongoing World Cup? This could have easily been done during a bilateral series. As a fan, it will be virtually impossible for me to support Team India wearing orange. Instead of being the side I instinctively root for, I will find myself pausing and at times, even feeling lost.

I wish we need not have taken the blue out of Team India.

It is a small thing.

But not so small too.