IPL 2017: Rahul Dravid - are you Delhi Daredevils or Cautious Caretakers?

Before Delhi Daredevils became a heap of cricketing waste, before they lost to Kings XI Punjab in Mohali, they actually had a positive net run rate. For the bottom ranked team to have a positive NRR is an anomaly of sorts – it just doesn’t add up. Higher ranked teams had far more abysmal NRRs, but here was DD, in spite of the abyss it was inhabiting as usual, it continued to cling on to one positive, if you can call it that.

Before the DD-KXIP mismatch, DD’s NRR stood at +0.514. Rising Pune Supergiant, ranked fourth, had a NRR of -0.240, KXIP, Gujarat Lions, and RCB, ranked at five, six and seven, all had NRRs that were negative. The defeat to KXIP, set straight some of this irregularity. After eight matches with six defeats, DD slid into the negative.

Looking back, DD lost its first match to RCB by 15 runs – 19 year old, Rishabh Pant played a lone hand, 57(36). This was also the first of Karun Nair’s many failures with the bat. This was also the only match Carlos Brathwaite played in IPL 10. And one of the four games left arm spinner, Shahbaz Nadeem played – two against KXIP, one each against RCB and RPS.

A peep into these defeats could also be a peep into mentor, Rahul Dravid and his thought-partner, Paddy Upton’s minds. In spite of the defeats, not much has changed – DD has stuck on, largely to what it considers the core of its batting – a top order packed with Indian batsmen with little or no international experience.

To overcompensate for this lack, the big hitters bat lower down in a cluster – the first aim for the DD batting is to hang in, and not lose the game too early, to not show its hand too soon, to let the game go as deep as it can. DD’s batting strategy is born out of a handicap acquired at the auctions – one that hopes to make a mark in IPL-14, when these Indian batsmen are far more influential on the international scene. Samson aside, none of the Indian top order batsmen has made much of a mark. By the time they’re done, invariably, the innings is in a stasis – there’s way too much for Pant and Morris to do.

What is quite perceptive is that DD’s brain trust has almost preempted their batting problems – they have also arrived at a solution, to let Samson, Tare, Nair, Iyer bat early, use the batting power play and set it up before the death overs. What this has often meant is that whatever early momentum Samson achieves in the power play overs is squandered in the next 10 overs or so.

Yet in Zaheer Khan’s absence, he has been made captain ensuring he both plays and leads the team; that when he can barely put bat on ball and defend his stumps. It is unthinkable that Dravid-Upton cannot see the mess that Nair is in, to make him captain, and continue to play him is largely responsible for the 67 all out against KXIP. Whether it is born out of belief or stubbornness, or a complete lack of options, cannot defend this move. 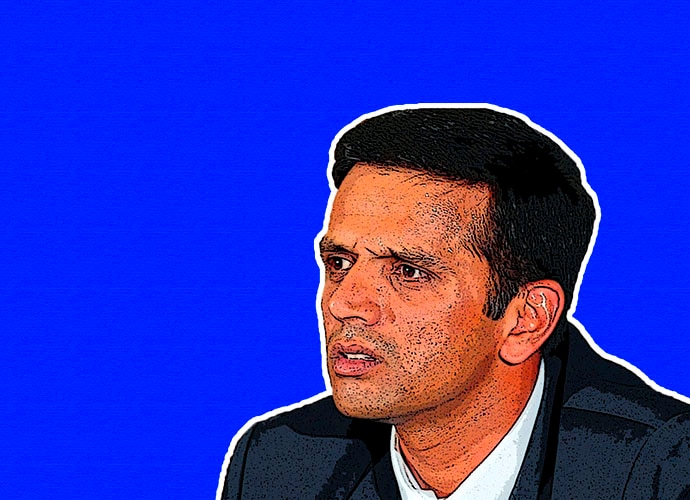 That Zaheer Khan has bowled in six matches, and 1.1 overs in the seventh is nothing short of miraculous. Zaheer retired from international cricket in October 2015, and IPL-9 was to be his last season. However, after an extended break from cricket in 2016, Zaheer decided to make IPL-10 his last season. While Zaheer has been inspirational as a captain, and often held his own with the ball, for him to last the season was asking too much of him. Zaheer as captain, is no different from the many myopic moves made by DD, they are far more invested in a safety first approach than embracing the aggression of the format.

Picking Angelo Mathews as captain, still recovering from injury, was another such pointless move. So far he has played in two out of eight games – in his second knock, he was controversially sent in before DD’s biggest hitter, Chris Morris – that when DD was chasing 191. Morris did not face a ball in the innings, remained not out at 0. DD lost by 15 runs. The irony wasn’t lost on anyone. Mathews hasn’t played since that day.

There are other sub-plots too, like not playing the only overseas’ top order batsman, Sam Billings for two games, persevering with Corey Anderson, that too lower down the order, waiting for DD’s sixth game to play a top bowler such as Kagiso Rabada, not using Amit Mishra as an attacking option, often underbowling him – it doesn’t end, as you’d expect with a side sinking fast into the quicksand of defeats.

DD is being beaten, more off the field than on the field. With an attitude that is seeped so deep in caution, it appears they’re playing an altogether different format. While it is the 10th season, it does bring back memories of an RCB team put together when Dravid was their icon player – jokingly it was often referred to as the IPL Test XI, Dravid at the helm, there was also Wasim Jaffer, Jacques Kallis, Shivnarine Chanderpaul, Misbah-ul-Haq, Anil Kumble, Zaheer Khan and Sunil Joshi in that side. That side lost 10, won 4.

It will take a lot for this bunch to win two more matches. During 67 all out, their lowest ever IPL score, DD had not just been beaten, they had been broken – their batting memories had been erased, they were petrified, aware that they were about to be stripped naked on Live television.  The batsmen saw it coming, by walking out to bat they made it real.

It wasn’t too different from their early slide to 24/6 or RCB’s own 49 all out. It’s an unforgiving tournament, and even the best in the business are feeling the heat. It may only get worse – and for both RCB and DD to find answers, they might need to look further afield, away from cricket. It’s up to Dravid, as much as it is to Kohli now, to find a way to inspire themselves, only then can they find a way to inspire their team.

Also read - BCCI got a well-deserved slap in Dubai