When Sania Mirza's life was turned upside down by a fatwa

The tennis star narrates her run-ins with the media and how she became a controversial figure.

There were times when even as a young teenager, she was thrust into the public glare, caught in a narrative that usually became impossible to arrest or control. One such time was when a supposed "fatwa" was issued in her name.

What followed next changed her life forever. Below is an excerpt from her book, Ace Against Odds, which narrates this event:

"September 8, 2005 will always remain etched in my memory because the events of that day virtually transformed the course of my life. That was the day when a "fatwa" was reported to have been issued against me for the clothes that I wore on the tennis court. The world’s perception of me changed overnight.

I received an excited phone call from a friend in the media, asking for my reaction. A Muslim cleric belonging to a religious organisation had reportedly issued the fatwa against me in an interview with a journalist of a national newspaper. He had, in fact, said that Islam did not allow women to wear skirts, shorts and sleeveless tops in public, in response to a query posed by the reporter. Excited analysts quickly jumped to their own conclusions. They claimed that the gentleman had threatened to physically harm me for wearing the clothes I did.

This piece of news, blown well out of proportion by an agency report, spread like wildfire and, within hours, became the talk of the country. I was naturally stunned and disturbed. The "fatwa" that was attached to my name that day and the hastily drawn conclusions by "knowledgeable" commentators who did not bother to fully comprehend and verify the facts of the matter, confounded me for a long time.

Fatwas are big news, and one pertaining to an international female tennis player was a very big story indeed, particularly at that point of time, when I was all over the media after an extremely successful run at the US Open. I think most people assumed that a fatwa meant an order or edict to kill a person as a punishment for breaking Islamic rules. It was this false perception that was most likely responsible for the controversy snowballing the way it did." 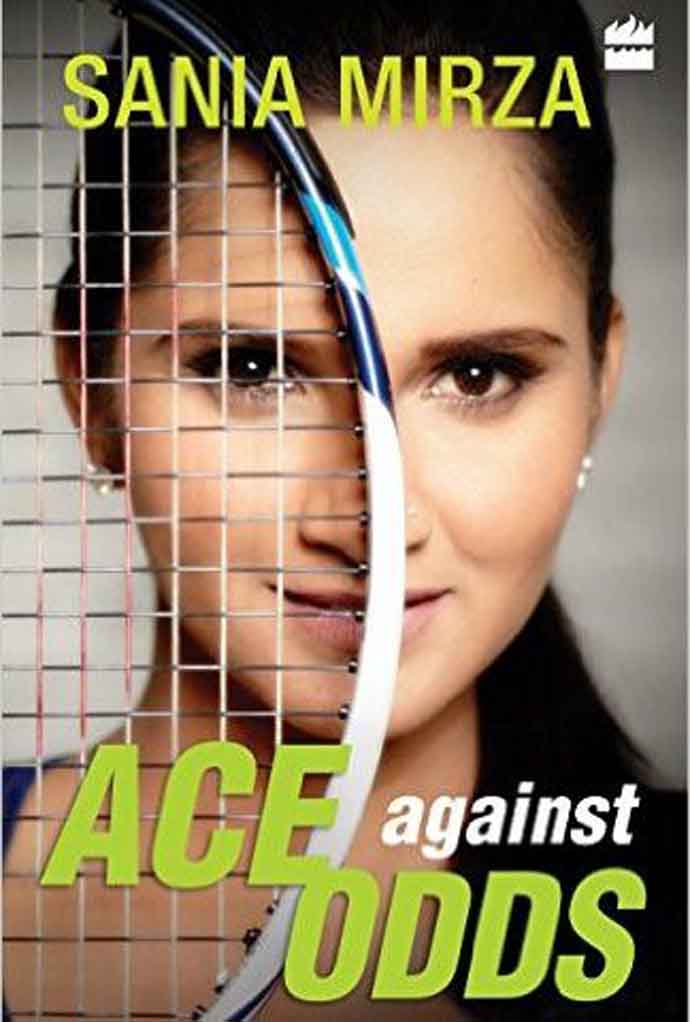 Ace against Odds by Sania Mirza is also co-authored by Imran Mirza and Shivani Gupta.

"It is, of course, possible to rake up a controversy by asking a cleric a leading question and then presenting his "opinion" in a manner that would provoke a public reaction. If a scholar were to be asked whether he thought my tennis clothing was un-Islamic, I do not see how a conservative, religious man could have answered the question in the negative in the light of the teachings of the religion.

In a similar vein, if a scholar of religion were asked whether it was permissible for a Muslim man to watch a film on television in which a woman dances to music, I am sure he would have to give the verdict that it was un-Islamic. But, again, most importantly, this would not imply that he had issued a fatwa against the lives of all Muslim men who admired a heroine in a film and that he was going to kill them if they went against his edict!

The person who thought it important to raise a question on what he possibly knew was a contentious issue, could have chosen not to highlight the cleric’s response in his story. Instead, he went to town with it. Had he bothered to understand the true meaning of the word "fatwa" and shown the maturity to write with a little bit of sensitivity, I personally believe I would have been spared the burden of living under the stigma of a misunderstood fatwa for a major part of my career."

"The Sunfeast Open WTA tournament was to be held within a fortnight after the cleric had been asked to comment on my attire. Perhaps this had been the intention all along: to capture attention and eyeballs by stirring up controversy on the eve of an international tournament that was being held in the same city (Kolkata). The news channels and other journalists quickly latched on to the story and chose to devote considerable time and space to the perceived threat against me. The discussion around the fatwa appeared to have reached a crescendo.

I was shocked and taken aback to be greeted by a battalion of security personnel when I landed with my mother at the Dum Dum Airport in Kolkata on 15 September 2005. The tournament was to begin two days later and several armed men had been deputed to take care of my personal security round-the-clock. The indoor stadium resembled a war zone, with scores of policemen providing a security blanket around me.

I felt suddenly vulnerable and insecure and immediately called my father, who was taking a week off at home after the long American tour. He flew down with Anam within hours and I felt a bit safer, huddled with my whole family in the hotel room.

I was hardly in the ideal state of mind to play after all this and not surprisingly, I had an up-and-down tournament. In the second round, I won the first set at love and then went on to lose the match."

In the book, Sania goes on to narrate several such run-ins with the media that made her a controversial figure. But importantly, for the very first time, it tells what she went through as a player and as a person and how she kept her resolve to let her performance on the court do all the talking.

(Ace against Odds has been published by Harper Sport and is available in the book stores at Rs 290.)

#Ace against Odds, #Book Extract, #Sania Mirza
The views and opinions expressed in this article are those of the authors and do not necessarily reflect the official policy or position of DailyO.in or the India Today Group. The writers are solely responsible for any claims arising out of the contents of this article.