When Shreyas Iyer was picked as the new captain of Kolkata Knight Riders (KKR), head coach Brendon McCullum had called him an “absolute superstar” and the best buy of the decade for the team.

But now, it seems things have turned sour between the two.

Dring KKR's match against Rajasthan Royals, Yuzvendra Chahal had taken a hat-trick and Iyer, who was just dismissed, was visibly upset at coach McCullum for not sending Pat Cummins to bat. This was the beginning of not just a losing streak of KKR, but also the emergence of cracks between Iyer and the KKR management.

KKR started their campaign well, but in the middle of the tournament everything just went downhill for them. The team won three out of first four matches but then lost five games on the trot.

At present, KKR is at the seventh position in the points table with only five wins in 12 matches. Their chances to qualify to the playoffs also look bleak. 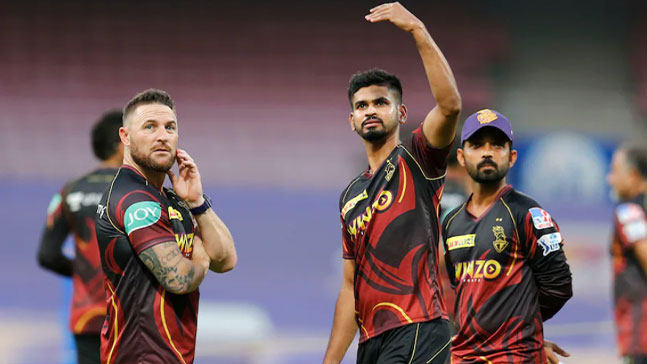 It was because of the constant changes in the playing XI that led to Iyer’s differences with coach McCullum. After winning against Mumbai on Monday, Iyer made more comments on the team selection.

In a post-match presentation conversation, Iyer spoke on the changes in the team's playing XI. He disclosed that even CEO Venky Mysore at times was also involved in the team selection process.

KKR's team selection this seaso has been quite puzzling. In the 12 matches so far, KKR has experimented with 20 players.

McCullum is said to have been behind the changes in the playing XI, which is also one of the reasons why the team also lost four out of eleven matches so far.

Even in the last game against Mumbai Indians on May 9, KKR made five changes in the team KKR experimented with Pat Cummins and Tim Southee in the bowling department. Cummins, who joined the camp from the fourth game has been included in the playing XI for only four matches. Even though he took KKR to two phenomenal wins against Mumbai, he was benched in some crucial games.

Southee, on the other hand, has played seven matches and clinched 12 wickets. In Cummins, KKR have the option of an allrounder who can also score quik runs. In Southee, KKR have a bowler who can bowl decent spells but is not a very handy batsman.

KKR management has struggled to get the right combination of bowlers.

Sam Billlings, who has played six games has scored just 99 runs. Sheldon Jackson too has been disappointing so far scoring just  23 runs in 5 matches.

KKR have also experimented with the batting order of Sunil Narine, who has also failed to impress with the bat this season. In 12 matches, Narine could score only 49 runs.

GAME OVER FOR KKR?

KKR’s next game is against Hyderabad on May 14. Both the teams with 10 points each are in do-or-die situation.

#Shreyasiyer, #Kkrcamp, #Brendonmcculum, #Ipl2022
The views and opinions expressed in this article are those of the authors and do not necessarily reflect the official policy or position of DailyO.in or the India Today Group. The writers are solely responsible for any claims arising out of the contents of this article.