This weekend marks 50 years since Sunil Gavaskar made his test debut in the West Indies. It was a year that changed Indian cricket like no other.

I am a 1970s kid, or like to at least believe I am one. The 1970s were India and Indira Gandhi’s decade of socialism and the Emergency, which meant that we had to learn to live with both state power and economic scarcity. We didn’t have 24 x7 breaking news thankfully: it was the age of black and white TV and Doordarshan, of Chaya Geet on Thursdays, Phool Khile Hai Gulshan Gulshan with the ever-smiling Tabassum on Fridays and a much awaited old Hindi movie on Sundays.

It was a period when we were content if our parents bought us a packet of Chiclets and the occasional bar of chocolate. Our urban middle class needs were markedly fewer and so were our ambitions. We played hand cricket, chupa chupi or hide and seek, seven tiles and just seemed to be happy to be taken on a ride in an old second hand Fiat car. We used red and black coloured HB pencils and sharpeners in school, read Enid Blyton books and Archie comics, booked trunk calls to connect with outstation relatives, and went on holidays to hill stations like Matheran and Mahableshwar. Oh yes, we had two other 1970s rituals: we watched Amitabh Bachchan films (first day first show in my case I might add) and we went to see Sunil Gavaskar bat for hours together. 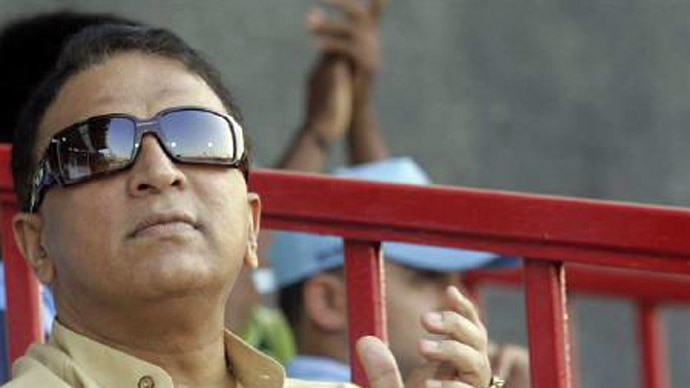 Sunil Gavaskar transformed Indian cricket both on and off the field. (Photo: Reuters)

Bachchan and Gavaskar are two iconic middle class heroes, one was the angry young man on screen, the other was gloriously defiant on the cricket pitch. They were the tall and short men in our lives, the Lamboo and the Little Master. Bachchan started his career in the late 1960s but made an impact with Zanjeer in 1973 while Gavaskar entered our universe rather more dramatically in 1971. This weekend marks 50 years since Gavaskar made his test debut in the West Indies. It was a year that changed Indian cricket like no other. It was the year when India beat the West Indies in the West Indies for the first time and then went onto beat England in England, also for the first time. Sunil Gavaskar was at the heart of that success especially in the West Indies where he made a remarkable debut, while scoring a record breaking 774 runs in the series. India had discovered a young superstar, someone who would alter the game in his own way. It was a moment to celebrate the start of Sunny Days as his bestselling autobiography was rather aptly titled.

Gavaskar transformed Indian cricket both on and off the field. On the field, he gave the much-needed steel and resilience to the sport while breaking one batting record after another. The first to 10,000 runs, the batsman who crossed Sir Donald Bradman’s 29 test century record, Gavaskar gave Indian cricket something it was craving for: domestic self-belief and global self-respect. At a time when Indian batsmen were accused of running away from fast bowling, a bit like the English batsmen are today targeted for being all at sea against spin, Gavaskar as a technically perfect opening batsman proved himself capable of taking on the best pace attacks in the world. And he did so without wearing a helmet at a time when there were no restrictions on how many bouncers could be bowled in an over. So struck were the mighty West Indians by Gavaskar’s feats that they even composed a Calypso song in his honour. His double century at the Oval in 1979 is the closest I have seen to batting perfection, an innings for the ages. His batting was much like the frugal times in which we lived: he worked hard and diligently for every run, never giving an inch, never throwing his wicket away, wearing the opposition down, a masterclass in defensive batting. He was like an assured return on a fixed deposit, a run machine who gave you a sense of near complete security and certitude while he was at the crease. The Indian team depended on Gavaskar and he rarely let the team down, the sturdy cement who would construct a formidable structure.

Off the field, Gavaskar gave Indian cricket a professional edge. Here was someone who realised his financial value and was determined to get paid for his endeavours. For Indian cricketers of a previous era life was a struggle: you worked nine to five in office, were paid Rs 250 a test match, much less if you were only a Ranji player. No IPL crorepatis were to be found. Occasionally, you had a Farookh Engineer do a Byrlcreem ad and get paid in pounds. In the pre-consumerist age when ads were few and far between, Gavaskar was the homegrown Palmolive man: the tagline for the ad was, ‘while Sunil Gavaskar was perfecting a square drive, Palmolive was perfecting a shave’. He, along with Bishan Singh Bedi, fought for player rights, insisting that the players be allowed, for example, to take their wives on long tours, or that the players be simply paid a little bit more for their exertions. They were still paid nowhere close to what today’s cricketers earn but it was still an important step forward in player power. Post-retirement, Gavaskar made the smooth transition to the commentary box where he is even today a familiar durable presence. His favourite sparring partners remain the English and Australians, the ‘goras’ who once ran the game. Gavaskar, in that sense, still evokes a sense of nationalistic pride by standing upto the colonial powers who dominated the sport for decades. But as the balance of power has shifted from west to east, I have a small complaint: while Gavaskar once defied the fastest bowlers and challenged cricket’s grandees, the anti-establishment hero is now less likely to be critical of the men who run the sport today. Maybe, age has mellowed him, maybe a BCCI commentator contract doesn’t allow him to criticise the board officials, but I do wish Gavaskar had spoken out more strongly at times on a range of issues from match-fixing to pitch-fixing to stadiums being named after politicians.

But let me also say why I truly admire Gavaskar. It isn’t just what he’s done for Indian cricket. To my mind, Gavaskar showed his real mettle soon after the 1993 Mumbai blasts. A mob had cornered a Muslim family near Gavaskar’s home in Worli. Aghast at what was unfolding, Gavaskar rushed down and gave the family protection by daring the mob to touch them. It was to my mind an act of true courage perhaps even greater than the many innings that he played. It was a genuine example of ‘Sunny Days’ in times of darkness, a legend beyond the boundary.

Post-script: The early Gavaskar story is in some way also tangled with that of my father, late Dilip Sardesai. Like Gavaskar, my father too was one of the heroes of the 1971 cricket ‘war’. In Sunny Days, Gavaskar tells a story of how my father, who had just become the first Indian to hit a double century against the West Indies, predicted that Gavaskar too would follow suit. In fact, in the middle of a meal, my father picked up a fight with someone who was dismissive of India’s fragile batting. Later in life, he would tell me, “You know I have seen many Indian batsmen, but there was only one Sunil... he was the ultimate khadoos batsman.” For those who don’t know what khadoos means, it is a uniquely Mumbaikar term that typifies grit and determination at the cricket crease. Fifty years later, Gavaskar remains an enduring symbol of Mumbai’s art of ‘khadoos’ batsmanship. And yes, once Gavaskar gets to a 50, he rarely misses out on a ton! So, happy half century Mr Gavaskar and thank you for playing the game of life with a Straight Bat!

#Amitabh Bachchan, #Test Cricket, #Cricket, #Sunilgavaskar
The views and opinions expressed in this article are those of the authors and do not necessarily reflect the official policy or position of DailyO.in or the India Today Group. The writers are solely responsible for any claims arising out of the contents of this article.