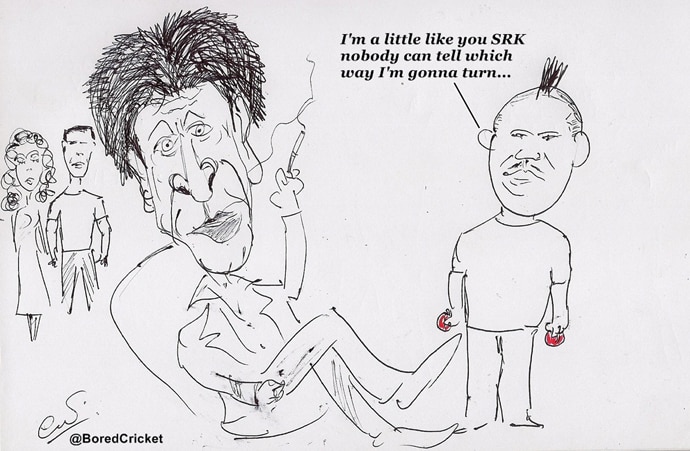 Even as Kolkata Knight Riders heaved a huge sigh of relief on Thursday after Sunil Narine was finally cleared by the Suspect Action Committee of the BCCI to bowl all his deliveries – having earlier banned him from bowling the off-spinner on April 28 — the indecisiveness of the Board and its suspect action committee makes one sit up and wonder if it is the committee that needs to be laughed at or is it the Sri Ramachandra Arthroscopy and Sports Sciences Centre (SRASSC) in Chennai that is scientifically unqualified to hold such tests.

The whole tomfoolery over handling Narine and his suspect action has provided more fodder to the thought that the IPL is purely entertainment. Under no circumstance can you ban a player — on grounds of suspect bowling action — and simultaneously clear him three times in a matter of one month. This might not be international cricket, but bringing it down to the level of gully cricket is a shame.

#Sunil Narine, #Shahrukh Khan, #Cricket, #IPL 8
The views and opinions expressed in this article are those of the authors and do not necessarily reflect the official policy or position of DailyO.in or the India Today Group. The writers are solely responsible for any claims arising out of the contents of this article.