There are only villains, no heroes in Indian cricket's latest mudslinging match

After those dark days of 2017, Indian cricket was looking for some light at the end of what seemed like a long and scary tunnel.

But what was so dark about the phase when India had taken their first steps to dominate the cricket world across all formats?

In Virat Kohli, India had a new leader who was in control of his own destiny and that of the team's. The world's best batsman had taken charge after MS Dhoni's dramatic decision to step down as limited-overs captain. In Anil Kumble, India had a coach who understood the game and the dynamics of an elite dressing room. 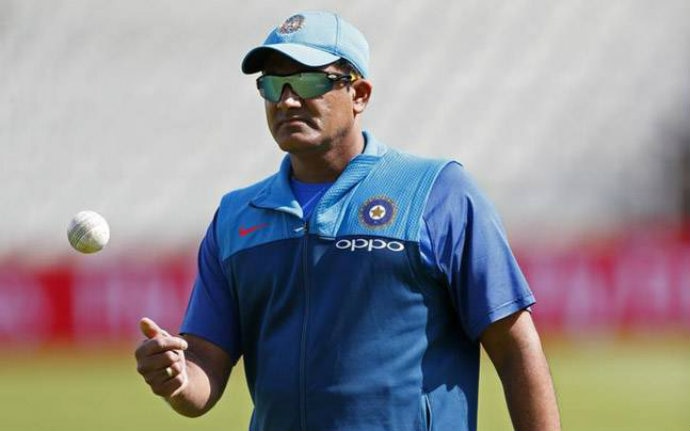 Kumble had, on paper, done nothing wrong. More significantly, he had completed only a year. (Source: Reuters)

Kohli as skipper, Kumble as coach. A match made in heaven. Nothing could go wrong. And then everything did.

By the end of India's Champions Trophy campaign in England, the rift between the captain and the coach had widened enough to fit in a small country, and then some more. Kumble resigned days after BCCI informed him Kohli had reservations with his 'style' and about his continuation as coach.

The Indian cricket fraternity was shocked. Kumble had, on paper, done nothing wrong. Under him, India had won 12 Tests out of 17, 8 ODIs out of 13, and 2 T20 matches out of 5. More significantly, Kumble had completed only a year. India continued to win Tests at home and lose Tests away. (Source: Reuters)

All was well again after Kohli got his wish and Ravi Shastri returned to the dressing room — only this time as coach. A new partnership was born and India continued to win Tests at home and lose Tests away in South Africa and England.

Seventeen months after Kumble's stunning resignation, following a sensational rift with the national captain, Indian cricket has been hit with another controversy.

This time, a player was at the receiving end. Mithali Raj — one of only 7 women to score over 2,000 T20 International runs, and has won player of the match in two games at the World T20 — was shockingly left out of the semi-final against England. After India lost, skipper Harmanpreet Kaur defended her decision and reiterated, in no uncertain terms, that she did not regret it.

All hell broke loose. Hours after the game, Mithali's manager called Harmanpreet a liar and said India's T20 captain was manipulative. It was a thriller in the making, a pot-boiler with enough twists and turns that no Indian cricket fan wanted to watch. Indian cricket has been hit with another controversy. (Source: Reuters)

After returning to India, Mithali fired her first shot — in a letter to the BCCI, she accused coach Ramesh Powar of humiliating her and said CoA member Diana Edulji was biased. The letter was explosive and left no doubts that Mithali was enraged, palpably insulted, and wanted justice.

And then Powar, in his report to the Indian board, accused Mithali of blackmail.

Women's cricket in India has arrived. Powar was unsparing of Mithali in his own report. (Source: Reuters)

After Mithali led her team to the final of the 2017 World Cup in England, Indian fans knew they had another team to cheer for. But with fame comes responsibility. And Indian cricketers are role models who need to lead a young society by example.

Yes, several fans have spoken up for Mithali, as they did for Kumble back then. In 2017, Kumble was clearly wronged, felt certain experts. He was just not wanted in the dressing room anymore and Anil Kumble, a proud cricketer and a champion, walked away. He did his job like a pro and was not worried about making friends.

This episode is slightly more complex. Mithali's letter was a stinging rebuke of the coach. It was scathing and showed Indian cricket in extremely poor light. Can we treat a legend like that?

And then Powar was unsparing of Mithali in his own report, as well.

Sample this from the coach:

"I was saddened and baffled by her attitude. It gave me an impression that for Mithali Raj she comes first and then team India."

We are yet to hear from Harmanpreet, but, it's clear there are no heroes in this drama. Either both parties are not revealing the entire truth, or, maybe, both are completely honest in their post-mortem. Whichever way you look at it, Indian cricket can do without this kind of drama.

Also read: MS Dhoni out of T20 squad: Yes, he is a great player. But yes, he deserved to be dropped