Itna Sannata Kyun Hai Bhai? Why the Indian cricket fan revels in the fake agony of losing a simple game

Indian cricket fans have a fervent need for their side to win. Not play well or display skill but win. The intense desire for triumph is trumped only when the time comes to actually smash your TV set.

A society which lays store by the theory of ‘the silent oppressed majority’ by default revels in the masochism of ‘the loser’. The collective mind returns over and over again to past instances, imagined and real, when it found itself vanquished.

Such a society remains pathologically infected with an obsession with winning and losing. It doesn’t see a sport for what it is — a straightforward child’s game of see-saw; one goes up and the other down, every child takes turns at being on top, followed by the balancing equilibrium of the lower plane's tilt.

The masochism of the loser was evident in the years we were unable to defeat Pakistan in Sharjah cricket matches.

In the yellow desert fantasy, the green dragon always won. It hurt so much that we contemplated fiddling with the sacred. Vegetarianism, it was debated, was the root cause of our fast bowlers’ inability to generate pace — it explained why we were so lacking in the elusive ‘killer instinct.’ One heard murmurs, “Eat what the enemy eats but get the job done.” Calm down! Our cricket obsession starts early but we forget that playground rules apply to the sport too. (Photo: Reuters)

A compromise emerged in the form of the aggressive Bengali fishetarian, Sourav Ganguly.

Theories other than dietary shortcomings continued to do the rounds. In a posh boarding school for boys that I was teaching in, an English master, a Christian, lowered his voice and said to me (we Indians are always dropping our voices conspiratorially), “India has started to win these days — and if you notice our fast bowlers are all Muslim”, referring to Zaheer Khan, Munaf Patel and Irfan Pathan. By this definition of winning and losing, it was not just a diet but a certain religion that possessed a killer instinct.

This, pretty much, is how a cricket-mad country analyses cricket. Skills have nothing to do it. Pop-psychology has no glass ceiling.

When we win or lose in India, especially in cricket, we dilute the purity and craft of sport with 1.4 billion personal slights and chips-on-the-shoulder, inferiorities individual and cultural, and direct insertion of the mass subjective.

In crunch pressure situations in a match, Indian fans shut their eyes and pray to God. All sport works on the principle — put human beings under pressure and see what happens. Our obsession with winning is such that, after paying good money to see this pressure situation come to life, we shut our eyes when the moment finally arrives.

If the other side is playing good cricket, our interest wanes. The Chennai crowd is rare in India; in Chennai, they can applaud the opposition even when they hold the upper hand. Like at Lord’s, they appreciate a good piece of batting, bowling and fielding, the player’s nationality notwithstanding. 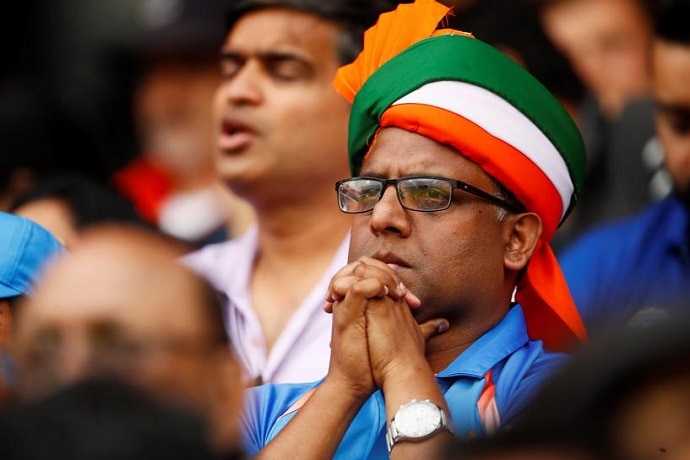 In the Indian subcontinent, commentators have a phrase to describe the preternatural quiet that surrounds a rival player hitting a six or taking an Indian wicket on Indian soil, “A deathly silence has descended on the stadium.” There was also a time not far back when enraged Indian fans threw plastic bottles onto the field and brought play to a halt if their side was losing.

Bipartisanship doesn’t come naturally to us. Winning is everything. The flipside of this — losing — is taken as a personal affront, a manifestation of our innate faults.

This obsession with winning and advertising-driven instant gratification (winner takes all the cola bottles in the fridge!) is also responsible for Indians fetishising the World Cup over other tournaments.

Rahul Dravid once shrugged his helplessness at this unhealthy obsession, “It’s just there, what can one do about it.” England and Australia, remember, will move on to the Ashes to follow. That’s the real match-up.

The World Cup is when dormant Indian fans, who have slept through some terrific Test series on foreign soil, wake up and demand their share of the feel-good factor.

As a prominent film star once said, “When India wins, the little Indian takes pride in her job; on that day, the one entrusted with the job of shining the office glass with Colin will polish it with more spit and verve.”

When India loses, we do a few things which are as well-worn as the arc of an off-cutter.

We start the blame game, try and single out individuals, bring them down a pedestal or two — or, we succumb to pessimism, “Aaj mood kharab ho gaya hai.” (My mood is ruined today.) We take recourse to the comforting cynicism of the class divide, “Arre, those over-fed cricketers, wasting their time just acting in those TV ads, when are they doing any training and hard work to win matches?” We hang garlands of shoes around pictures of our demigods at street crossings.

There is one thing though that Indian fans don’t do, which football fans often do and one reads about it the next day in the papers, that a fan was so angry that he broke his TV set by flinging a hard object at it.

This is one luxury we simply cannot afford in a poor country.

Who will pay to fix the TV?

They broke their TV ???? after defeat against India. Our so called heroes playing with fans emotions.#PAKvIND #INDvsPAK #INDvPAK #CWC19#سرفراز_کو_گھر_بھیجو pic.twitter.com/clNLZJadYu

It’s also the reason why Indian bands don’t smash guitars like The Who and Nirvana. When it comes to personal belongings, the Indian fan is quite happy being reconciled to the fact that a sport is a sport and nothing much can be done about the result than accepting the outcome peacefully.