Why I want Pakistan to win World T20

If our arch-rivals lose the Cup, Shahid Afridi and Shoaib Malik could be persecuted after they return to their country for praising us.

It is almost certain that India, who was the favourite for the ICC World T20 till losing miserably to New Zealand, will fail to make it to the final. In a crucial match, India will clash with arch-rivals Pakistan at the Eden Gardens, Kolkata, on March 19. India may fail to move into the next round even if it defeats Pakistan because of its poor net run rate.

Also read: Pakistan in best place to knock India out of World T20

India defeating Pakistan will not serve much purpose. But a Pakistan win will make its position stronger in the group. Hence, I would like Pakistan to win the all-important clash against India and move to the next round. If India cannot win the prestigious cricket tournament, I would love Pakistan to not only play the final but also win and hold the cup aloft in such a situation. 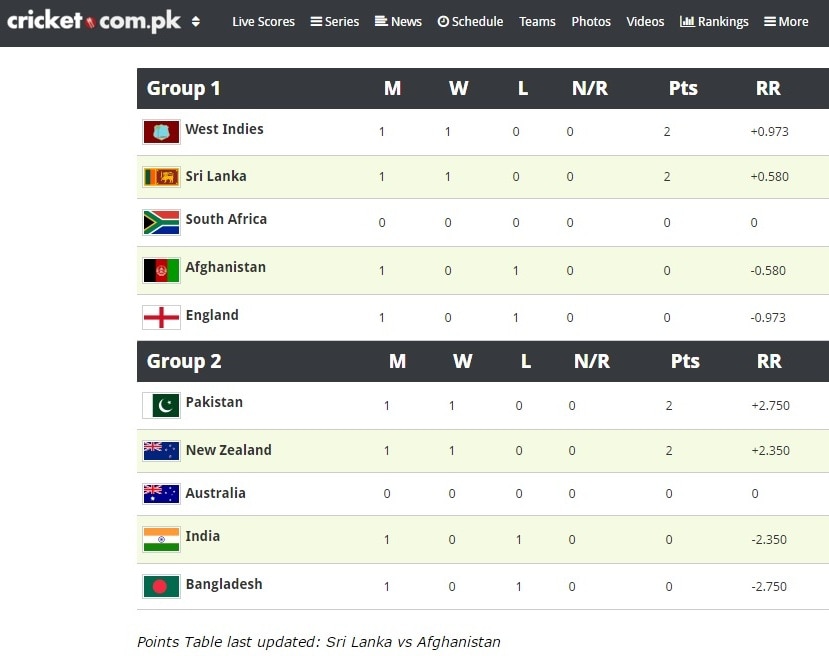 Pakistan may be accused of harbouring, training and sending terrorists to India but when it comes to the World T20, the neighbouring country should be the favourite of all Indians who love their own country.

Pakistani captain Shahid Afridi and senior player Shoaib Malik had praised India after landing here for the World T20, maintaining that they have never felt threatened in the country even though their departure was delayed owing to security concerns. "We have always enjoyed playing in India and have been loved by Indian crowds more than crowds back home in Pakistan," Afridi said.

Since then, all hell has broken loose in Pakistan. Afridi is being hounded back home for making a statement which was not politically correct from Pakistan's point of view, though was in the true sense of sportsman spirit. Former captain Javed Miandad, who is known for his rabid hatred for India, said he was "shocked and hurt" at the praise showered on the rivals and that the Pakistani players making such comments should be ashamed of themselves.

"These cricketers should be ashamed of themselves for saying such a thing. Shame on you," Miandad said on a leading TV channel.

Pakistan's former Test opener and chief coach Mohsin Khan also expressed shock over the comments from Afridi and Malik. "They are senior players and should be careful while speaking to the media specially while touring India," Khan said.

Worse, while social media is lashing out at Afridi for his "more love in India than Pakistan" comment, an advocate has moved the Lahore High Court (LHC) against him saying it had hurt the sentiments of Pakistani fans. Advocate Azhar Siddique has urged LHC to get an explanation from the Pakistani captain within 15 days.

If Pakistan lose the Cup, Afridi and Malik would be persecuted after they return to their country. Miandad, courts, police and the cricket-loving fans, who are already spewing venom against them, will not spare them - all for praising India.

Targeting of Afridi and Malik for praising India would only discourage others in that country to tell the truth and speak their mind in future. This will only harm the interests of India.

However, all would be forgotten if Afridi returns home with the World T20 title. The Pakistani captain would be vindicated. The same people who are baying for his blood will not only forgive him but may also endorse his point of view. This will help reduce the animosity between the citizens of both the countries. Go ahead Pakistan and win the World T20 Cup! All power to you!

#IndVsPak, #Shahid Afridi, #Pakistan, #World T20
The views and opinions expressed in this article are those of the authors and do not necessarily reflect the official policy or position of DailyO.in or the India Today Group. The writers are solely responsible for any claims arising out of the contents of this article.