Are some Android apps sharing unauthorised user data with Facebook?

From location data to information on sexual orientation, religious beliefs and health status, tech giants are gathering a great amount of sensitive knowledge about their users. That's us.

For the world's leading tech giants, the issue of data privacy remained burning hot through 2018 – and, as it stands, 2019 appears to not look very different.

After being repeatedly called out for breaching data privacy rules in 2018, Facebook and Google have now been called out again for reportedly collecting unauthorised data from millions of Android users.

This is according to a report by Privacy International which claims that as many as 20 popular Android apps – "each with an install base from 10 to 500 million" – are forwarding sensitive information to Facebook. What's even more worrying is that these apps may be doing so without being given requisite permissions for this.

The report makes another troubling revelation – these applications are also sharing the data of users who are not logged into Facebook from the device – and even those who don't have an account on Facebook. The biggest tech giants in the world are increasingly looking at data as the new oil – proving the point is this report that claims 42.55% of free apps on the Google Play store are sharing data with Facebook, making it the "second most prevalent third-party tracker" after Google’s parent company Alphabet, which is being fed with data from as much as 90% apps existing on the Google Play Store.

But these two tech giants are not the only ones that are ostensibly collecting data on users. The report also claims a significant percentage of apps are sharing data with firms like Twitter, Microsoft and Amazon.

As is the case, Facebook routinely tracks its users from one platform to another through various applications that they are logged into using the social media platform. However, in the wake of the Cambridge Analytica scandal, it also emerged that users who are not even on Facebook are reportedly being tracked by Facebook.

This latest report now explains how Facebook is apparently going beyond pixel tracking – a process that allows Facebook and its ilk the chance to create a digital footprint of a user through the various websites they visit. By tracking people in an unauthorised manner through apps, Facebook is apparently gaining access to extremely sensitive data that may pose a threat to its users.

This move apparently not only breaches the data protection agreements Facebook has signed with various authorities across the globe but also puts its users in danger in case of a leak. 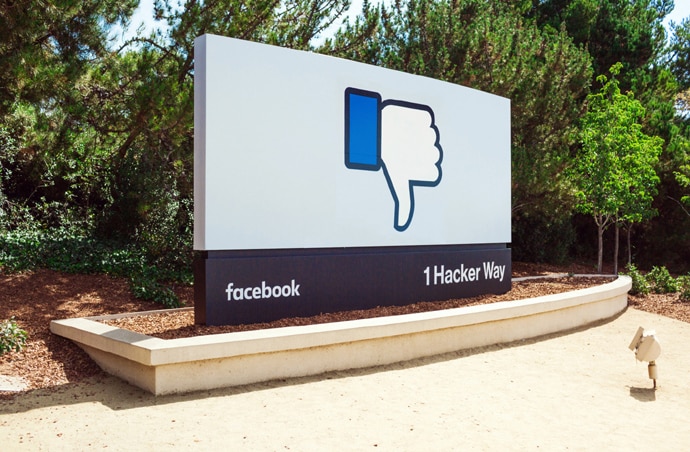 Now, if you're wondering why these applications are reportedly feeding the likes of Facebook and Google so much data, the answer is simple – they have no choice.

By enforcing certain lines of code when users log into an application through Facebook or Google, these platforms are apparently forcing the applications to share sensitive data with them. Now, these tech giants may deny collecting the data for any nefarious purposes. Yet, by insisting on collecting detailed data about an individual's preferences, behaviours and even privilaged information, such as their sexual orientation, religious beliefs or health status, tech giants such as Facebook and Google may be playing a game which only leads to one conclusion – that this data is being used to influence user behaviour.

And no amount of rhetoric on their side can camouflage this.

Post your comment
#Data Privacy, #Smartphone, #Facebook, #Google
The views and opinions expressed in this article are those of the authors and do not necessarily reflect the official policy or position of DailyO.in or the India Today Group. The writers are solely responsible for any claims arising out of the contents of this article.