Twitter was always chaotic but somehow controlled... until Elon Musk took over and all hell broke loose. Twitter has definitely been more entertaining than ever, but that doesn't really translate into good business and company health.

Here's a look at Elon Musk's 3 weeks in the Twitter office:

Elon Musk doesn't want to be the CEO of Twitter anymore. Well, that was fast!

I expect to reduce my time at Twitter and find somebody else to run Twitter over time.
- Elon Musk

Correct. I will continue to run Twitter until it is in a strong place, which will take some time.

Did you guess Jack Dorsey may come back? Nope! Or at least that's what Dorsey is saying now.

My twitter account was protected at the time, so I can only assume this was for not showing 100% loyalty in slack. I’ve heard the same thing has happened to many others now. 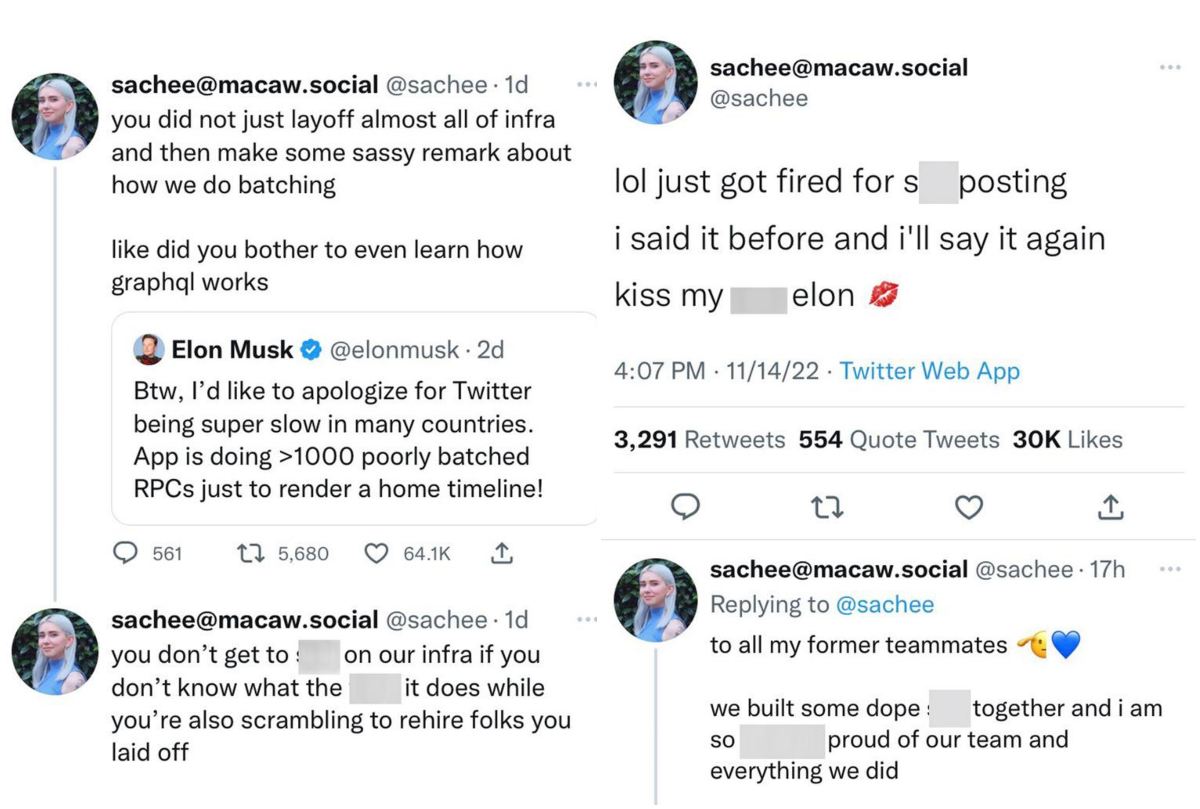 Anyone who has not done so (click "yes" on the link) by 5 pm ET tomorrow (Thursday) will receive three months of severance.
- Elon Musk in email to Twitter employees

Twitter Blue's spectacular fall: Everyone on Twitter, even those who don't use it, witnessed in real time the chaos created by Musk's version of Twitter Blue.

Empty chairs: Twitter's inability to act fast in cases like that of Eli Lilly and Co shows the impact of layoffs. There's simply no one at Twitter handling these issues because they have been fired.

Wow. Elon Musk just told Twitter employees he’s not sure how much run rate the company has and “bankruptcy isn’t out of the question.”

Wait a second, how do we know you’re not an alien body snatcher pretending to be Jimmy!?

Say something that only the real Jimmy would say …

Why was there no attention given to FTX? Investors lost billions. Yet the SEC continues to hound me despite shareholders being greatly rewarded. This makes no sense.
- Elon Musk

Not to mention the sickkk memes lol