CES 2019: Rise of the robots to AI taking over homes, all the tech trends that matter

The 2019 edition of one of the year's biggest tech expos – the Consumer Electronics Show (CES) – turned out to be an absolute blockbuster.

Held in Las Vegas, California, CES 2019 bore witness to the unveiling of some great gadgets and new technologies.

From 5G to foldable phones and futuristic cars, CES 2019 was in many ways a peek into what lies ahead for the world of technology.

Here are the biggest takeaways from the tech expo:

Move to a 5G world

Even as much of the developing world is still in the process of transitioning to 4G, the tech industry has already started formulating plans to make the jump to the next big advancement in cellular technology.

Although a full-scale commercial rollout of 5G networks isn't expected before the calendar turns 2020, CES 2019 has shown us that the industry is preparing itself well for the roll-out with not only cellular operators ready with their plans, but smartphone manufacturers too showing off new phones that could leverage the power of this technology. 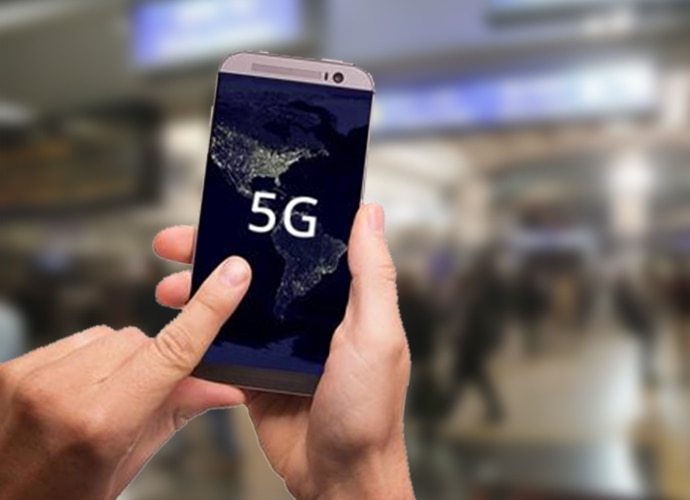 Gearing up for 5G! (Photo: Reuters)

To this effect, the CEO of the South Korean smartphone maker, HS Kim also confirmed that Samsung will be releasing a 5G smartphone this year.

As for why there is so much hype around the technology, it's important to understand that once functional, 5G promises speeds that will be 20 times faster than that of existing 4G LTE networks. However, the major disruption 5G networks are expected to cause are not in the mobile broadband space. Rather, analysts expect that the newer network will usher in a truly wireless age and will, in many markets, help phase out wired broadband networks.

Artificial intelligence – and smart devices using them – were in the news all through 2018.

This year's CES has shows that 2019 is going to be no different.

Through the course of CES 2019, we saw a number of smart devices. While some appeared whacky, others looked like gadgets straight out of an episode from The Jetsons.

Case in point – the Capstone Smart Mirror which, despite looking like a normal mirror, comes with support for Google Assistant as well as both voice and touch screen capabilities. 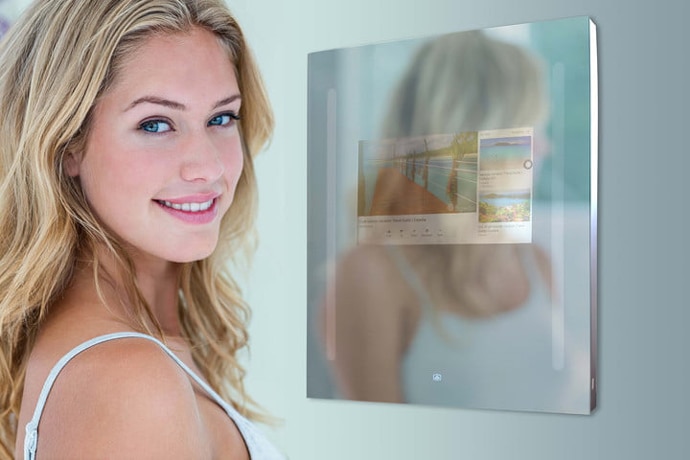 The smart vanity mirror, with its support for Google's AI-based assistant, allows users to check the weather, traffic and even stream YouTube videos, all while they get ready to head out for a busy day. The Smart Mirror can also show a user their social media feeds and run downloadable applications.

Talking about the whacky, CES 2019 also brought with it the totally avoidable Kohler Numi 2.0 Intelligent Toilet.

With integrated support for Amazon's Alexa, the Numi 2.0 not only promises to help you get up to speed with your schedule as you get ready for the day – it also brings with it personalised cleansing functions and interactive lighting that can adjust to different scenarios. A bit too fancy for a toilet, we say!

There was also a smart brush unveiled at CES this year. Called the 'Y-Brush', the device promises to completely brush your teeth in 10 seconds – and still promises to remove 15 per cent more plaque than a conventional toothbrush.

Another major takeaway from CES 2019 was that TVs in 2019 are going to become more and more innovative.

For all those who thought that adding AI smarts to TVs was innovation, wait till you check out what the industry has in store for you this year. From 8K resolution to TVs with rollable displays and others that are modular in nature, CES 2019 saw it all.

LG announced that it will be launching later this year the OLED Signature TV R – a TV which, when not in use, can curl up its display into the TV's stand. The TV features a 65-inch panel which disappears when the TV is not in use.

Don't believe us? Check out this tweet from CNET's David Katzmeir.

Apart from this, we also saw Samsung announcing a MicroLED TV. An upgrade over the OLED technology existing in the market, experts claim that MicroLED TVs are capable of producing much better image quality.

Another great thing about this TV is that it is modular in nature. This essentially means users can add multiple MicroLED TVs together to create one giant TV for multimedia purposes.

CES 2019 also reminded us, once again, that the age of the robots is just around the corner.

From the Samsung Bot to the Cruzr robot – a service robot largely targeted toward the retail space – robots were ever-present at CES 2019. 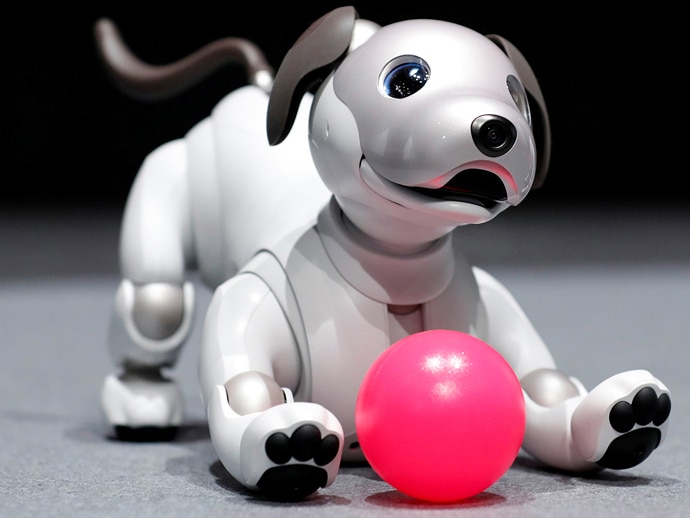 The future is here - and it's looking cute! (Photo: Reuters)

But one robot that stole a lot of headlines is Somnox's Sleep Robot. Essentially a sleep device, the robot simulates the breathing of a human and according to Somnox, helps users relax and fall asleep easily.