In a controversial move, the Ministry of Home Affairs (MHA) has given as many as 10 government agencies the go-ahead to monitor, intercept and decrypt all personal data on all personal computers in India.

The notification issued by Rajnath Singh's ministry is sure to raise a few eyebrows as, in its current form, the controversial order even outdoes previous policy decisions such as Aadhaar which were deemed to be extremely invasive by many privacy activists in the country. 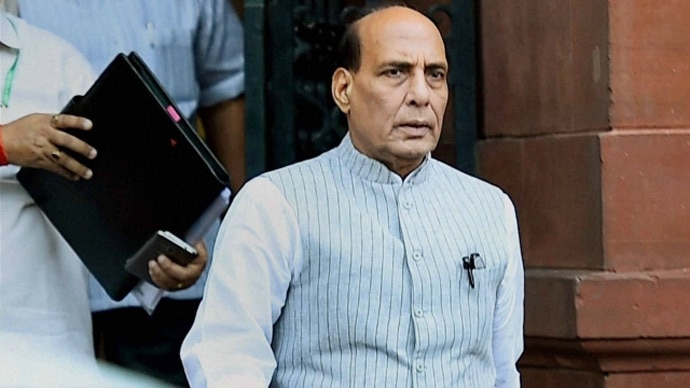 The Home Ministry has given as many as 10 central agencies the go-ahead to snoop on our computers. (Photo: PTI)

As per the order, 10 agencies, including the Intelligence Bureau (IB), Narcotics Control Bureau, Enforcement Directorate (ED), Central Board of Direct Taxes, Directorate of Revenue Intelligence, Central Bureau of Investigation (CBI), National Investigation Agency (NIA), Cabinet Secretariat (R&AW), Directorate of Signal Intelligence (for service areas of Jammu & Kashmir, North-East and Assam only) and the Commissioner of Police, Delhi, will now be allowed to intercept, monitor and decrypt any information generated, transmitted, received or stored on any computer within India.

The government's order also states that the person in charge of the computer, or an internet service provider whose network is being used for the transmission of data between multiple computers, will be legally bound to extend all technical help to investigating agencies — or risk facing up to seven years in jail and fine.

MHA: Competent authority hereby authorizes the following security and intelligence agencies (in attached statement) for purposes of interception, monitoring and decryption of any information generated, transmitted, received or stored in any computer resource under the said act pic.twitter.com/3oH9e7vv6T

Considering the far-reaching implications of such an order, many social activists and the Opposition have been quick to attack the government over this diktat.

Speaking to ANI, Congress' Ahmed Patel has raised questions over the sweeping powers being given to agencies to snoop on phone calls and computers without any checks and balances. Calling this development extremely worrisome, he added that these powers are likely to be misused by the agencies.

Former finance minister, P Chidambaram, has termed this a move that takes "India closer to becoming an Orwellian state."

Other influential leaders too took to Twitter to express their views on the issue.

Why is every Indian being treated like a criminal? This order by a govt wanting to snoop on every citizen is unconstitutional and in breach of the telephone tapping guidelines, the Privacy Judgement and the Aadhaar judgement. https://t.co/vJXs6aycP0

Modi has used a simple Government Order to permit our national agencies to snoop on our communications.Who knew that this is what they meant when they said ‘ghar ghar Modi’. George Orwell’s Big Brother is here & welcome to 1984. pic.twitter.com/DrjQkdkBKh

What does the order mean for us?

In its current form, the order permits 10 of the biggest agencies in the country sweeping rights to invade the privacy of netizens in India in the most disturbing of ways.

Now, for the past few years, we've seen necessary conversations taking place around the issue of the right to privacy in the digital space. We have also written previously about why safeguarding the privacy of an individual's data is of utmost importance in the modern day.

So, we won't fill pages talking about that again.

But what we will raise now are issues that make this new diktat by the MHA completely unacceptable. Who gets to unlock our private data? As it turns out, 10 government agencies at least. (Photo: Facebook)

With the order in effect, every byte of personal data stored on our computers – be it the form of images, video, text or voice – has now been made available to the prying eyes of individuals from as many as 10 central agencies who can choose to do as they please with our data whilst it is in their possession.

By making 10 — and not one singular authority — responsible for our data, the government with this order has not only shut the door on the idea of an individual's right to privacy over their data, but also apparently robbed them of their right to fix accountability in case something goes wrong with their data.

Another interesting thing to note about the notification is that it does not go into specifics — it just simply puts all computers under constant surveillance by multiple central agencies from this day on.

Now, the biggest issue with the loosely used term 'computers' here is that, in the digital age, from smartphones to tablets and notebooks, everything today can be defined as 'computers'.

As such, to live in the knowledge that not only our desktop computers, or our laptops, but rather, all our digital devices, such as smartphones, tablets, even digital watches with access to the internet, can now be legally used to keep a check on us in real-time is a worrying thought.

It takes us closer – and makes us in many ways even worse – than the Communist Party-ruled China, which has been notorious for trampling on the privacy rights of its citizens.