Snapchat is giving you new features, but there are major problems

This subscription will make you a plus user of Snapchat

Snapchat has just launched a set of new features for its users in India. In this new update, you will be able to subscribe to Snapchat at Rs 49 per month. This subscription will make you a plus user of Snapchat and you will be offered various benefits.

Here's what's on the menu:

Family Centre next in India? This set of features was released in other countries a few months ago. Snapchat also rolled out a set of new features as part of increasing the security and safety of its users. This feature is called Family Centre and has been released in the US, the UK, Canada, Australia, and New Zealand, with other countries like India to follow suit soon.

What is the Family Centre? This feature has been in development since October 2021, and now, Snapchat has officially launched its new Family Centre, which will enable parents to essentially monitor who their teens are engaging with within the app while keeping the content of the conversations private.

Check out what Snapchat has to say about this feature:

As outlined in this introductory video, the aim of the Family Centre is to help parents understand how and with whom their kids are engaging on the app, "without overstepping privacy grounds".

Parents will also be able to report any suspected account without alerting the child. 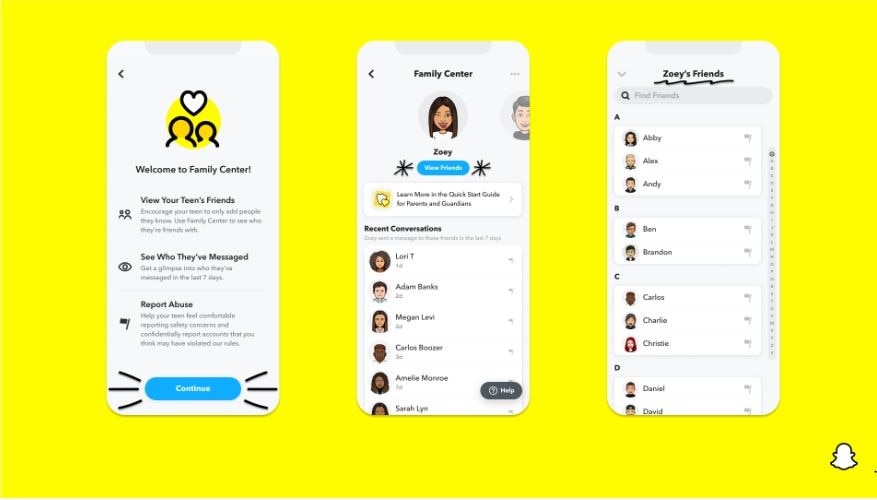 "It allows parents to see who's in their teen's universe," said Nona Farahnik, director of platform policy for Snap, the company that makes Snapchat. "It offers parents the ability to ask who someone might be, how they might know a contact, which prompts those kinds of real-time conversations about who teens are talking to."

The big question: Snapchat has now joined the gang of Instagram and Tiktok by adding parental control. Looking at the pattern in which Snapchat releases its features, it can be said that this feature will be launched in India soon.

Meanwhile, various reports indicate that Snapchat is frequently used for sending lewd messages, and drug dealers reportedly also use the app to organise sales and meet-ups. However, instead of adding additional pressure on parents to control what is in their kids are actually doing, any app would function better if the app is actually designed to keep the kid safe, and keeping their demographic in mind. For example, a better algorithm to remove the sensitive content or suspected fake friends from the kid's feed might be more helpful.

"Are you going to spend 20 minutes a day figuring out what's going on in Snap and another 20 minutes on TikTok and another 20 on Instagram? I don't think that parents particularly want to be spending their time this way. What they would prefer to see is that these platforms take real steps to be safer by design," Josh Golin, executive director of Fairplay, an advocacy group focused on improving online safety for children, told NPR.