A 57 year-old brain-dead patient on ventilator in US successfully gets transplanted with genetically modified pig's kidney. How did this medical experiment by surgeons get success?

A 57 year old brain-dead, Jim Parson was on a ventilator on September 30, 2021. His family finally gave consent to the University of Alabama (UAB) and Legacy of Hope (Alabama’s organ procurement organisation), Birmingham to conduct world’s first xenotransplantation study on his body. Xenotransplantation is the process of transplanting animal organs into humans.

The findings of the study were finally published at the American Journal of Transplantation on January 20,2022 where surgeons said that for the first time, they have successfully transplanted kidneys from a genetically modified pig into the abdomen of a 57-year old brain-dead person.

Surgeon Jayme Locke, M.D and Director of the Comprehensive Transplant Institute in UAB’s Department of Surgery and also the lead investigator in the case, called it a game-changing moment in the field of xenotransplantation. She said this was the best solution to organ shortage crisis in the world.

Earlier, a 57 year old man in the US was successfully transplanted with the heart of a genetically modified pig. Interestingly, the kidneys in Parson’s case also came from the same line of pigs as the heart transplanted in David Bennett case.

Here is a the brief on the case:

The patient Jim Parsons suffered an injury during a motorcycle race in September 2021. He was a well known personality in the South-Eastern Cross Country Association, which is an off road dirt bike racing organisation. Parsons succumbed to his injuries in late September 2021, with the doctors declaring him brain dead.

Parsons was a registered organ donor but his organs were not viable for donation. His family decided to carry his legacy by allowing it to be used for a medical study. On September 30,2021 his family, including his wife, allowed Parsons' body to be used in the experiment by the UAB , for a xenotransplantation study. The family gave permission for the body to be kept alive on the ventilator for the study to be done.

Alabama surgeons transplanted a pig’s kidneys into a brain-dead man in the search to save human lives using organs from genetically modified pigs. @Alex_Presha speaks to the man's family and has more on the technology. https://t.co/HE3m1BMCdS pic.twitter.com/Ity0baaT96

2. HOW DID THE PIG KIDNEYS WORK IN A HUMAN BEING?

Organs of pigs cannot be transplanted in a human beings because they are rejected by the immune system, even if the patients are on immunosuppressant drugs. It worked in Parson’s case because the US firm Revivicor had modified the pigs with 10 gene edits to prevent this rejection.

Four genes of the pigs were switched off, including some that code for the proteins that provoke immune response in humans. The pigs were then added with six human genes. And all this could be achieved because of CRISPR - a gene editing technique. Dr Locke said that with this, the field of xenotransplantation has exploded. 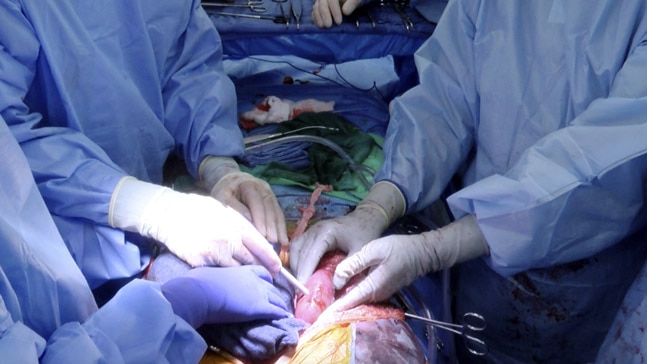 The kidneys obtained from genetically modified pigs were procured from a pig at clinical grade, a pathogen free facility and transported to the UAB.The process demonstrates the long term viability and how it could work in the real world.

Once successfully implanted, the kidneys started making urine in the first 23 minutes, though one kidney made more than the other. For 77 hours, the kidneys filtered blood and produced urine. But the kidneys didn’t filter out creatinine, a waste product of the body, and also one of the signs of a normal kidney function. Elevation of creatinine levels in the blood, indicates a dysfunction of the kidney.

4. WHY DID THE KIDNEYS NOT FILTER CREATININE?

The experiment will soon go for clinical trials and if this is successful, it will be a remarkable achievement in the medical field. In the US, more than 800,000 people are suffering from kidney failure. Around 100,000 patients are in the waiting list for kidney transplant but only less than 25000 patients get it.

In fact, Alabama has one of the highest rates of chronic kidney disease (CKD) patients in America. There are at least 2,348 CKDpatients per million residents, the New York Times reported.

Dr Locke said that the need exceeds the supply and we need a radical solution for this. She added that kidney transplant is a cure for kidney disease but most people die before they can receive it.