The highly addictive online multiplayer video game, was cited as a reason for separation in about 200 divorce petitions filed in the UK in 2018.

“Fortnite is causing divorces” is a headline one could not have imagined even a little more than a year ago. Yet, it makes perfect sense in 2018. Highly addictive online recreational software has a negative impact on your real life.

Who'd have thunk it, eh?

According to a report on Divorce Online, a UK website that offers information and services to people regarding separation, divorce procedures, etc., Fortnite, the highly addictive online multiplayer video game, was cited as a reason for separation in about 200 divorce petitions filed in the UK in 2018.

According to a spokesperson for Divorce Online, “Addiction to drugs, alcohol and gambling have often been cited as reasons for relationship breakdowns but the dawn of the digital revolution has introduced new addictions These now include online pornography, online gaming and social media, so it is no surprise to us that more and more people are having relationship problems because of our digital addictions. These numbers equate to roughly five per cent of the 4,665 petitions we have handled since the beginning of the year and as one of the largest filers of divorce petitions in the UK, is a pretty good indicator.”

The report, however, does not mention how or why the video game affected said marriages. But venturing a guess here is not that difficult.

Video games can be addictive.

Earlier this year in June, the World Health Organisation (WHO) classified "gaming disorder" as a new mental health condition and included it in the 11th edition of its International Classification of Diseases. In its classification, the WHO defined the disorder as a persistent habit of "sufficient severity that results in significant impairment in personal, family, social, educational, occupational or other important areas of functioning." 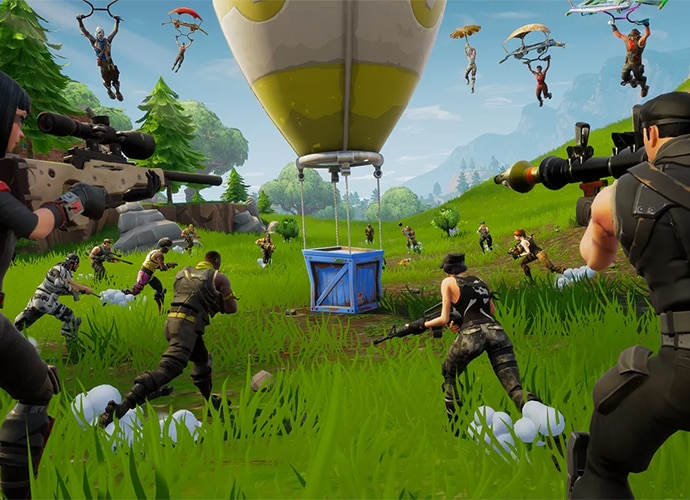 Fortnite is a highly popular game. But is it causing marriage problems now? (Photo: Screengrab)

While such a classification can be debated (and it has been), the link between “gaming” and divorce has been established time and again. According to another 2011 study carried out by Divorce Online, “of the wives who cite unreasonable behaviour for ending their marriage, 15 per cent of them are of the belief that their partners put gaming before them and their relationship.”

But what causes the rift?

According to the Illinois Institute for Addiction Recovery, video game addiction is an “impulse control disorder”, which does not involve use of an intoxicating drug and is very similar to pathological gambling — those suffering from video game addiction use the virtual fantasy world to connect with real people through the internet, as a substitution for real-life human connection, which they are unable to achieve normally.

Furthermore, people suffering from video game addiction may also develop emotional attachments to their online friends. And a non-addict, especially a partner, may just not be able to comprehend such relationships and the need to have them. In fact, video game addictions, by virtue, make the addict spend more time in seclusion from family and friends. This too can often lead to impairments of real-life relationships.

Is it a gendered problem?

While popular culture (mostly shows like The Big Bang Theory) continues to perpetuate the nation that there exists a hegemony of exclusively nerdy men in gaming culture, the truth is that according to many studies, in the last decade, the percentage of female gamers, hardcore or casual, has fluctuated between 38 per cent and 47 per cent.

Reports (the one earlier stated) continue to present the situation in a “the husband is the gamer and the wife has a problem” manner — but the truth is, this problem can easily swing both ways.

In fact, a 2016 study found that 76 per cent of couples (in the study) said that gaming together has a positive effect on their marital relationship.

Citing Fortnite or World of Warcraft or Call of Duty or any other multiplayer game as a cause of divorce is thus not an unearthly notion. The games may change, but the problems associated with it are very real.