Sex workers are not objects. 10 films show cinema on prostitution must change

Prostitution is often described as the oldest profession in the world. But society has always looked at prostitutes with contempt. A number of social reformers in the past have emphasised the need to rehabilitate prostitutes. But in the recent times many champions of women rights have questioned this condescending notion. For, to talk about the rehabilitation of sex workers is to look down upon their profession. And if we do see prostitution as a profession, unless it is forced on those practising it, what gives us the right to talk about their rehabilitation?

Over the years, several filmmakers around the world have much to say about society’s ostracism of sex workers. Certainly, one can learn a lot about the society’s outlook towards sex workers over the decades from their representation in cinema. But one must also understand that filmmakers, just like other artists and thinkers, while being reflective of the times they live in must also endeavour to influence the general opinion about an issue.

In other words, a movie about an important social issue shouldn’t merely present a dramatisation of facts and reality but also offer the filmmaker’s unique perspective. After all, films are not merely documents and can offer so much more.

Let’s look at some important films revolving around sex workers made across the globe in the last six decades:

In the 1957 Oscar-winning film Nights of Cabiria, Italian filmmaker Federico Fellini tells the story of Cabiria — a prostitute living in Rome who endlessly searches for true love. Those around her treat her with contempt but Cabiria is incorruptible; she possesses a heart of gold. The film’s depiction of Cabiria not only elevates her to a position of dignity but also acknowledges her as a woman with agency, capable of taking the fight to a morally corrupt society.

The same year, Indian filmmaker Guru Dutt made Pyaasa which tells the story of a lovelorn and jobless poet who eventually settles with a prostitute named Gulabo. 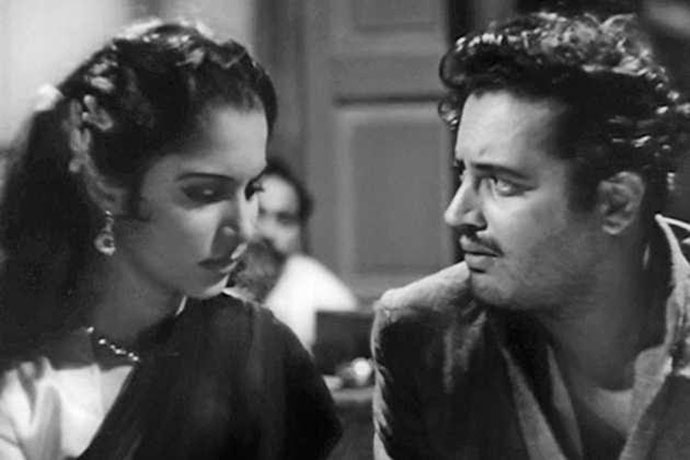 In Gulabo, we see an intelligent, sensitive and kind-hearted woman, not unlike Cabiria.

The film’s bleak outlook towards life in a quintessentially urban American setup is a powerful reminder of the all-pervasive moral decadence with the so-called outcasts holding up a mirror to the society. Midnight Cowboy also successfully subverts the general notions of gender associated with prostitution as a profession.

The 1981 Muzaffar Ali-directed Indian film Umrao Jaan may have been seen by many as an ode to Lucknow’s tawaif culture, but it achieves so much more than merely worshipping a relic of a lost tradition. The film revolves around a girl named Amiran who is sold into prostitution. Amiran is trained to captivate men and grows up as Umrao Jaan. Forbidden to ever fall in love, she lives by her own rules, never afraid of taking the fight to those who oppose her.

In Umrao Jaan, Muzaffar Ali, unlike many Indian films about sex workers, daringly chooses a realistic climax that doesn’t end in Amiran’s rehabilitation. The film couldn’t have been further away from the foolhardy romanticism of Indian mainstream films such as the many adaptations of Devdas or the idealism of Shakti Samanta’s Amar Prem (1972).

Indian filmmaker Shyam Benegal’s 1983 film Mandi, based on a short story by Pakistani writer Ghulam Abbas, highlights the hypocrisies of a corrupt patriarchal society that looks down upon prostitutes in the name of morality. The same men who visit a brothel to fulfill their physical needs in the darkness of the night speak of relocating it in broad daylight.

6. Tales of the Night Fairies

Shohini Ghosh’s documentary Tales of the Night Fairies endeavours to highlight the struggles and aspirations of the women of Durbar Mahila Samanwaya Committee (DMSC) — a collective of 65,000 sex workers in the Indian state of West Bengal. 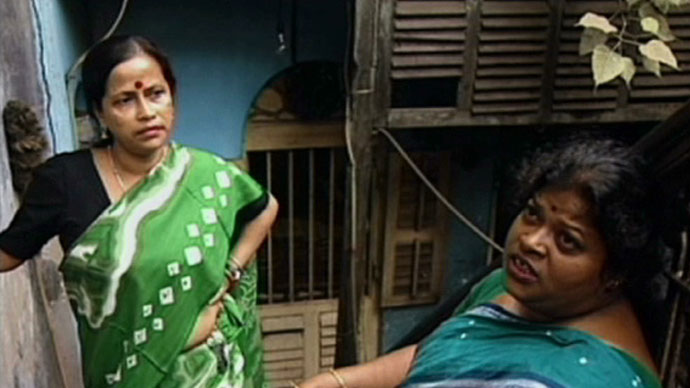 Tales of the Night Fairies

It offers a unique feminist perspective on the issues of sex trade and trafficking. Tales of the Night Fairies tries to highlight the struggles and aspirations of sex workers.

The 2004 Hindi film Chameli explores the possibility of a platonic friendship between a widower and a street-smart prostitute. The film at first plays to the stereotypes associated with the role of a prostitute in the society but ultimately succeeds in transcending them.

Srijit Mukherji’s 2015 Bengali film Rajkahini revolves around a brothel which the authorities want to relocate. The film is set in 1948 in the backdrop of the India’s Independence from the British rule. 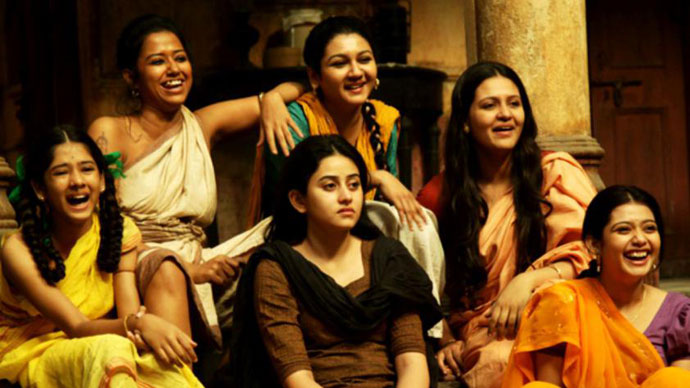 When all efforts to relocate the brothel fail, the authorities hire a group of mercenaries to kill the prostitutes in cold blood.

The film’s greatest strength is how it offers an insightful take on the lives of the prostitutes without ever attempting to judge them. Rajkahini was later remade in Hindi as Begum Jaan, starring the renowned Indian actress Vidya Balan.

Mainstream American films over the years such as Klute (1971), Pretty Woman (1990), and Leaving Las Vegas (1995) have also endeavoured to break the stereotypes associated with the lives of sex workers, reminding us that, at the end of the day, they are humans just like everybody else. But if we talk about the American independent cinema, an important film that comes to mind is Sean Baker’s Tangerine (2015).

Shot entirely using iPhones, Tangerine revolves around a transgender sex worker. Early in the film, it is revealed that while she was serving a 28-day prison sentence her boyfriend was cheating on her with a cisgender woman.

Tangerine dares to go beyond the binaries and succeeds in presenting a haunting take on sex-trade subcultures prevalent in present-day urban American society.

Indian author-director Aditya Kriplani’s Tikli and Laxmi Bomb, which recently won the Best Film Award at the 2018 Berlin Independent Film Festival, follows the lives of two prostitutes, Laxmi and Putul, living in Mumbai. Laxmi is the leader of a group of sex workers but when Putul, a young prostitute, joins the gang, she begins to question Laxmi about the monopoly of pimps who take away the lion’s share of their earnings.

After initial reluctance, Laxmi begins to take Putul more seriously and decides to take over the reins of the business from the men who hitherto controlled it. Of course, going independent is not an easy task for the bunch. It means that they no longer have the police protection and are exposed to all kinds of dangers. But, Laxmi and Putul are undeterred by the unscrupulous men around them. They start working as two smart entrepreneurs who know what it takes to keep their business running. Tikli and Laxmi Bomb is a film of rare sensitivity.

It offers a riveting treatise on the lives of sex workers without alienating them or demeaning their profession. But, above all, the film doesn’t judge them.

Even today in many countries around the world the legislation revolving around prostitution is usually based on the assumption that sex workers are victims who need rehabilitation and protection from pimps and brothel owners. Also, there is widespread ignorance regarding male and transgender sex workers in the country.

It is of paramount importance that politicians and activists starting thinking beyond primitive solutions like rehabilitation and actually fight for securing their legal rights and social inclusion. Perhaps, the first step is to distinguish between coerced prostitution and consensual sex work.

As filmmakers continue to make movies about prostitution, it is important that they break free of the gender binary and represent sex workers as human beings and not as specimens.

Therefore, the above films serve as important reference points.