How dirty is Srinagar — the 10th most polluted city in the world?

Srinagar has been listed as the tenth worst polluted city in the world according to World Health Organisation’s (WHO’s) global urban air pollution database. Kashmiris, especially those living in Srinagar, are annoyed about this development.

According to the figures for 2016, 14 of the world’s most polluted cities are in India — among them Srinagar ranks tenth with 113 micrograms per cubic metre of PM 2.5 concentration. The WHO database measured the levels of fine particulate matter from more than 4,300 cities in 108 countries. Soon after the news broke last week, the abysmal rank became a talking point in Srinagar and the rest of Kashmir Valley. Social media was abuzz with discussions, and even local newspapers and FM channels joined the debate.

The Jammu and Kashmir government refuted the WHO’s claims. State Pollution Control Board (SPCB) regional director, Syed Nadeem Hussain said that Jammu and Kashmir had not provided any data to WHO for it to reach this conclusion. 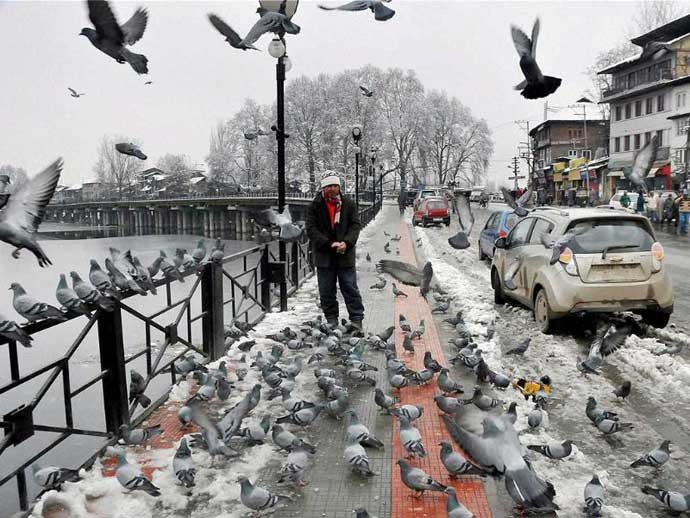 As Srinagarwalas discussed the government’s reaction, Greater Kashmir, a local daily, took the debate one step further by quoting a top scientist at the University of Kashmir as saying he agrees with the WHO study.

Prof Shakeel Ramshoo, head of the Earth Sciences Department at the university, said the study’s findings are accurate. The top scientist said it was the data compiled at his department that WHO used in order to rank Srinagar among the world’s 15 most polluted cities in terms of the PM 2.5 level in outdoor ambient air.

In addition, a study jointly conducted by a team of scientists from Pune-based Indian Institute of Tropical Meteorology (IITM) and University of Kashmir found that air quality deteriorates significantly during the winter in Srinagar, otherwise known for its pristine environs.

It revealed that cold temperatures with dry conditions along with elevated levels of biofuel emissions from the domestic sector are responsible for particulate pollution in the winter.

It said that “on some days, the air pollution in Srinagar was worse than that in Delhi” and as bad as Kolkata. While the debate rages on, Srinagarwallahs say that their city may not be cleanest, but to list it as the tenth most polluted in the world is unfair. What works against the summer capital of Jammu and Kashmir is also the unfinished construction of flyovers across the city.

Major roads crisscrossing Srinagar have been dug up along central lanes, and work is frequently halted due to conflict in the Valley and hartals.

Huge pillars have been raised along these roads on which the flyovers will subsequently rest. But till the time the work is complete, it will continue to give the city’s key roads and dense commercial junctions a dust-covered, neglected appearance.

But to say that the city is among the dirtiest is an overstatement. Srinagar’s air is fresh and crisp throughout the year. Days of intense heat during the summer are frequently punctuated by rainfall, making the environs pleasant again.

On the infrastructural front, Srinagar faces problems of our own making. Huge tracts of floodplains have been colonised. The natural water channels which would earlier flow into the Jhelum come heavy downpour have been blocked. Even today, rainwater flows into the Dal Lake, the Nigeen Lake, and the Jhelum.

Such colonisation and urbanisation surrounding water channels has seriously compromised the natural flow of water.

Nevertheless, Srinagar is a strikingly beautiful city. The picturesque road along the Dal, flanked by tall poplars and charming lamp posts is a visual delight. The imposing Ghanta Ghar at Lal Chowk, the hustle and bustle at Dal Gate, the shikaras on the Dal and Nigeen lakes, and the beautiful drives out of the capital city to Sonmarg, Gulmarg, Pahalgam, Yousmarg, Doodh Pathri and all other hugely popular traffic destinations maintain Srinagar's appeal among tourists.

Also read: Amid guns and roses, Kashmir is wrapped in a rainbow