Denial of their right to remembrance, coupled with the psychological torment of being expropriated, often force Partition survivors to consign their memories to some dark recesses of the mind.

A windless, sultry day in Brahmanbaria, Bangladesh. The weather does not, however, deter Pratima Saha. After almost 65 years, she has come to visit her ancestral home at Kuthi, a small village, some 50 kilometres good from the district headquarters in Brahmanbaria. She keeps reiterating that nothing much has changed in the village. Standing at the porch, she narrates the stories of people who were mesmerised on seeing the entrance of her home. She has a wry smile on her face when the present owner informs her that he has redesigned her former room.

Slowly, she makes her way to the pond adjacent to her home. “There were a lot of restrictions for a girl child,” she said. “But when I came to the pond, I was free. I have many memories here with my friends. So I remember the pond really well... I hope it remembers me too.”

She wistfully gazes at the trees flanking the pond, trying perhaps to trace the faces of her childhood friends whom she has not met after she migrated to West Bengal in 1951 owing to the fateful Partition. 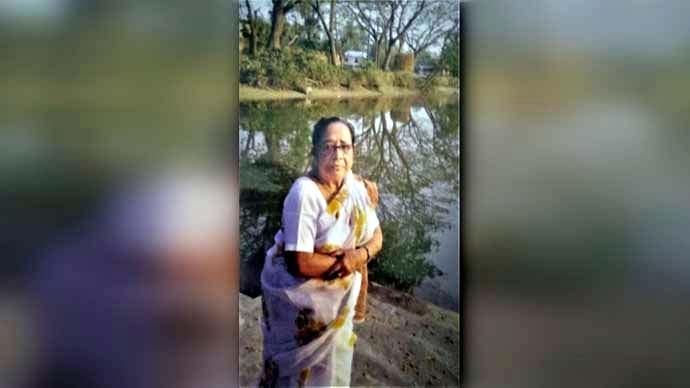 Pratima Saha near the pond adjacent to her home in Kuthi, Bangladesh. (Photo courtesy: Author)

August 15, 1947, marks a watershed moment in the politics of global decolonisation as two nation-states were born in South Asia. The project of nation-building set in and led to, what Rogers Brubaker calls, “nationalising the population”. It is about developing political rhetoric of belonging in and to a place, keeping in mind the common heritage of the people, geographical landmarks and historical events. It creates an “ideological form” that, as Etienne Balibar argues, sustains the continuity of the nation and its subjects. The 1947 Partition disrupts this continuity. Hence, in nationalist discourses, it remains a less acknowledged aspect of our collective past — an anomaly that we cannot possibly disown and is not necessarily worth remembering as well.

Denial of their right to remembrance, coupled with the psychological torment of being expropriated, often force Partition survivors to consign their memories to some dark recesses of the mind. Some of them finally give vent to their suppressed emotions on visiting their erstwhile home on either side of the Radcliffe Line.

Renowned Bangladeshi filmmaker, Tanvir Mokammel’s Seemantorekha (The Border Line) released in 2017, documents the journey of Monwar Ali who migrated in 1949 from Basirhat, West Bengal to Khulna, Bangladesh. On reaching his ancestral neighbourhood at Basirhat, Monwar Ali frantically tries to identify his home. He finds it, only to realise that another building has been erected on that particular piece of land. His voice chokes a little. The only thing that remains unchanged is the path leading to his home. He keeps walking on that path, the gesture symbolising unification with the land where he was born.

Leela Das had migrated from Khulna in 1963. At present, she resides in Dum Dum, West Bengal. After a lot of pondering, and on her son’s insistence, Leela Das and her husband decide to tour Bangladesh. On reaching her ancestral home, she realises that she is not a tourist in this land. “I am at home, I think,” she says. “But home is also at Dum Dum. So I cannot explain how I feel.” She visits her old school and is amazed to see the present concrete structure. In an imaginative telescoping of past and present, she shares anecdotes of her childhood days, interspersing the narratives with tales from Dum Dum. Like Pratima Saha, Leela Das believes that both the parts of truncated Bengal are her home. Their stories are no different from those of Monwar Ali. In the cathartic moment of being one with the ancestral home, these individuals share a symbiotic, corporeal space of ‘emotional commonality’ that transcends the cartographic reality of borders.