Vaquita to Emperor Penguins, 5 animal species you won't see in the next 50 years

The cute penguins from Happy feet may not be the only species to go extinct due to climate change and human activity. Here are 5 animal species that may be going extinct soon.

Human-caused climate change and global warming have already made the earth an unlivable hell. The rising temperatures are also damaging ecosystems and resulting in significant loss of biodiversity.

While the Ivory-Billed Woodpecker has recently gone extinct, here are 5 other critically endangered species that may be going extinct in the next 50 years:

Argentine Antarctic Institute biologist Marcela Libertelli told Reuters, "Climate projections suggest that the (penguin) colonies that are located between latitudes 60 and 70 degrees south will disappear in the next few decades; that is, in the next 30-40 years." 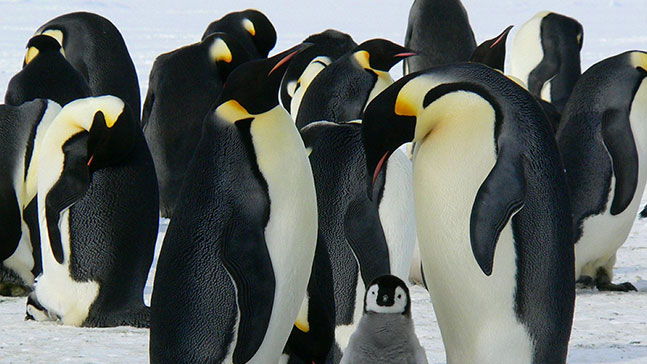 WHY: Libertelli credited increasing tourism, fishing and the loss of solid sea ice in Antarctica as reasons why the Emperor Penguin may go extinct.

The penguin species requires stable 'fast' ice for reproduction. Fast ice refers to sea ice that is connected to a piece of land, and Emperor Penguins use fast ice as a platform to mate, incubate their eggs, raise their chicks and replace their feathers during the annual moult.

Changes such as loss or early breakout of fast ice can lead to massive breeding failure for several consecutive years. Breakouts can also make it difficult to access feeding area paths, which in turn led to a further decline in the population.

Found only in the rainforests of the Borneo island (politically divided by Malyasia, Indonesia and Brunei), the Bornean Orangutan's population has declined by 50% in the past 60 years. WHY: Illegal wildlife trading and human conflict has been credited as the reason behind the declining orangutan population.

Scientifically known as Rhinoceros sondaicus, the Javan Rhino resides only in the Ujung Kulon National Park. The park is located in the extreme southwestern tip of the Indonesian island of Java. Only 74 Javan Rhinos are left in the world, making the species one of the most threatened large mammal species. 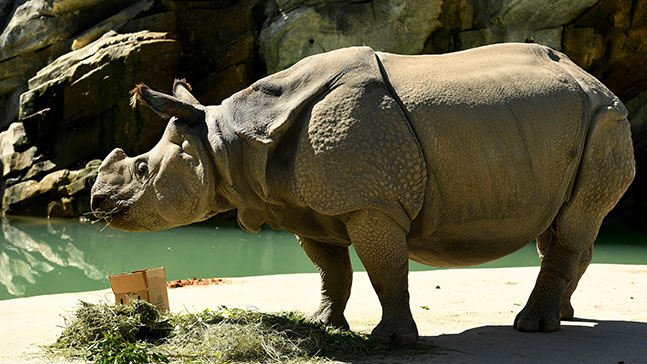 WHY: The WWF currently categorises the Javan Rhino as critically endangered due to 'catastrophes, habitat loss, diseases, poaching, and potential inbreeding'.

If the last 74 rhinos die, the species will go completely extinct.

The vaquita is a small porpoise and is found in only in the Sea of Cortez which is the northern Gulf of California in Mexico. Scientifically known as Phocoena sinus, the vaquita is one of the world's rarest marine mammals and only 10 vaquitas are left in the world. The vaquita looks like it's always smiling.

WHY: Because of their tiny size, vaquitas are easily caught and drowned in gillnets used by illegal fishing operations in the Gulf. Usually, the vaquitas are caught with other marine species like the totoaba which is also a critically endangered fish.

WHY: The island of Sumatra in Indonesia has been experiencing one of the highest rates of deforestation within the Asian elephant’s range, leading to excessive loss of habitat and human-elephant conflict. The species is also poached for its relativey small tusks.

#Sumatran elephant, #Vaquita, #Bornean orangutan, #Javan rhino
The views and opinions expressed in this article are those of the authors and do not necessarily reflect the official policy or position of DailyO.in or the India Today Group. The writers are solely responsible for any claims arising out of the contents of this article.