5-year-old brutalised in Haryana: Why India fails to curb rape

The 5-year-old child was abducted from her home and raped.

On December 9, a five-year-old girl was raped, mutilated and killed in Uklana village, Hisar, Haryana. According to reports, a wooden stick was inserted into her vagina, and she was left to die with the 16-centimetre stick inside her. Bruises were found on her shoulders, waist and nose, and she was bleeding from her neck.

Dr Reetu Gupta, who conducted the child’s post mortem, said, “The victim died due to the torture perpetrated by inserting a wooden stick into her private parts. The stick was inserted with force which not only caused serious injuries inside uterus but also in the intestine.”

While the girl’s family had initially refused to accept her brutalised body demanding action against the culprits, they cremated her on Sunday, after a special investigation team was set up to probe the case. No arrest has been made so far.

For those who think a woman’s clothes and conduct are responsible for rape, the five-year-old child was abducted from her home, where she was sleeping with her mother and sister.

"I slept at 9pm along with my children. When I woke up in the morning, my daughter wasn't there... I couldn't find her. I asked the neighbours, they said they haven't seen her. Then someone told me that your daughter has been killed. I got to know about this at 7am," the girl's mother told reporters.

On Monday, reports came to light of a 15-year-old cancer patient being gang-raped by two men, and then by a passerby whom she asked for help.

Let’s not indulge in the luxury of calling these incidents “shockers”, something unusual that we are not used to.

The first thing horrific rapes remind us of is similar cases, that too in the recent past – the five-year-old gangrape victim from Delhi, left with candles and a plastic bottle insider her, the woman gangraped by 23 men in Bikaner, or that student in Rohtak gangraped again by men who had raped her earlier and were out on bail.

Response to rapes in India seems to oscillate between two extremes – the woman “incited” the man, or the perpetrator was a deviant, a twisted being who deserves the worst possible punishment.

Remedies suggested are along two corresponding lines then – police the lives of women, and enact stricter laws or hang all rapists, cut off their genitals, etc. Data conclusively show the flaws in both approaches – toddlers are raped, women are attacked by their family members, rape is ordered as “punishment” by caste councils.

After the December 2012 Delhi gangrape and murder of a physiotherapist, the Criminal Law (Amendment) Act, 2013, tightened laws against sexual crimes, including the provision of death penalty in cases where the victim dies or is left in a vegetative state.

However, according to National Crime Records Bureau (NCRB) data, the number of rapes has steadily gone up.

So why do rapes take place and what can be done to prevent them?

Rape is one extreme manifestation of a prevalent mindset

Let us just accept it, India does not really respect women. Revering women as “devi” is a fraught concept – you are worthy of respect only as long as you meet the standards of goddess-hood. Break the rules, and there is no guidebook as to how you should be treated, there are just no set rules about how to interact with a woman who is not a sister, mother, daughter or wife.

Patriarchy, and its byproduct misogyny, is very much the accepted order across India, even in its “shining” parts, and men are repeatedly told, in various ways, that they are entitled to a woman’s body, that they will always find defenders for rape, and it is women’s fault anyway for bringing it upon them.

The conditioning begins from home, where perfectly “progressive” parents, who encourage their daughters to study and make a career, are particular about the clothes the girls wear, how many boys they interact with, and at what hour they come back home. 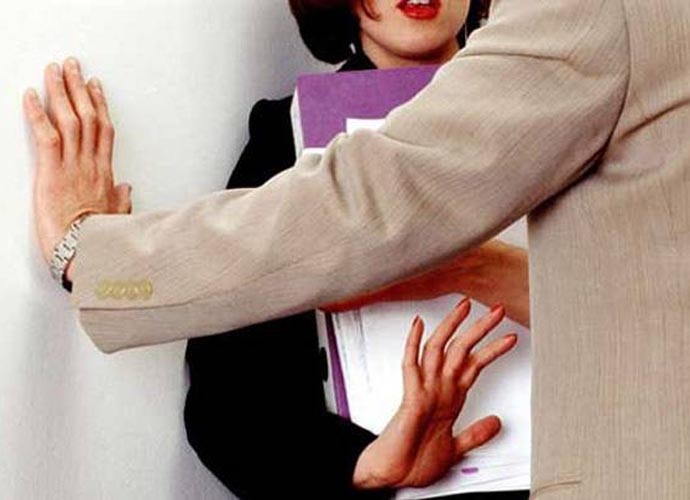 The message is clear: the responsibility to not get assaulted is the girl’s, men are loose forces of nature, not really accountable for their actions.

Every now and then, there is some outrage over politicians coming out with cringe-worthy statements: boys will be boys, chowmein is responsible for rape, if girls get married early enough, the number of rapes will go down.

But these politicians are merely articulating what a lot of people think, they would not make these statements if they feared backlash.

Our TV serials are full of women who are abused, even assaulted physically, but remain good wives and daughters-in-law, their virtue shining through their tears.

We are okay with sexist and crass jokes in movies like Grand Masti, but want condom ads to be telecast after 11pm. Because women can always be stopped from visiting a cinema hall, but what is telecast on TV needs to be policed, including conversations about safe sex.

Television, movies and elected representatives are a mirror of the society, and our society is yet to understand that women have the sole right and agency over their lives and their bodies.

A few months ago, some of the findings of research scholar Madhumita Pandey, who interviewed more than 100 convicted rapists, were published.

Pandey has been quoted as saying: “When I went to research, I was convinced these men are monsters. But when you talk to them, you realise these are not extraordinary men, they are really ordinary. What they've done is because of upbringing and thought process.”

“Men are learning to have false ideas about masculinity, and women are also learning to be submissive… There were only three or four who said we are repenting. Others had found a way to put their actions into some justification, neutralise, or blame action onto the victim.”

The case for brutal punishment

Every time a horrific rape comes to light, there are calls for punishment matching the brutality of the crime itself: enact stricter laws, chop off the rapist’s limbs, torture him to death, execute him publicly. These are demands for vengeance, not ways to prevent the crime.

Such demands serve the notion that the rapist is the “other” - a depraved, diabolical person who deserves to be hunted like the animal he is - and conveniently distance him from we the people. The rapist is not a beast. The rapist is one among us, and demonising him does not absolve us from our role in making him who he is.

Shutting girls up since childhood means men and women never learn to treat each other as just individuals, they are always the other sex. Consent is a murky concept, severely overhung with entitlement and notions of virtue and vice.

A lot of men are growing up with not enough brides to marry, yet feeling they are owed a submissive woman, never having learnt “normal” interactions with the other sex.

Modernity, too, has come unequally to India, and it has been a top-down phenomenon - from the economically stronger to weaker, from metros to small towns to villages, percolating slowly, unevenly. Thus, in the same country, often in the same city, there are people whose codes of social conduct are decades apart.

Men have been taught what they believe is right, that a woman should be submissive, and if she is not, it is fair to show her her place.

Instead of calling for “outside” solutions - stricter laws, more security at workplaces and public spaces - we need to fix what is wrong with the system at present.

Our police force, very much a product of this society, has a long history of shaming rape victims, disbelieving them, and not acting against criminals from socially powerful classes.

Candlelight marches are of little use if participants later judge a woman for drinking or wearing “revealing” clothes.

Also, the notion of rape taking away a woman’s “honour” needs to end. It is very unjust to reduce a woman’s life and identity to one incident of assault, and treat her whole family as if they were tainted.

India’s women are at threat because the society as a whole is failing them. The change needs to begin at the level of the individual, to save the beti, each one of us needs to change.