50 Years of Rajdhani Express: 5 reasons why Rajdhani is all about food

Even after 50 years? Yes. The Rajdhani's soup and ice-cream are forever.

A cup of piping hot soup with two breadsticks and a coin-size packet of Amul butter. As the pantry boy was keeping all the trays on the upper berth, so that he can now give them one by one, I encountered an inalienable truth — Rajdhani rides are all about food. It was 8 pm. We had boarded the train at around 4.30pm. I didn’t stop eating for a moment. Dinner was still to be served.

It was, of course, a long time after Rajdhani Express was born in March 1969. But it was a time when air tickets were exorbitant — not what a middle-class family with no half-ticket member can afford — and so, an overnight Rajdhani ride, where the ticket price includes the food price itself, was the prized destination, not just a means. 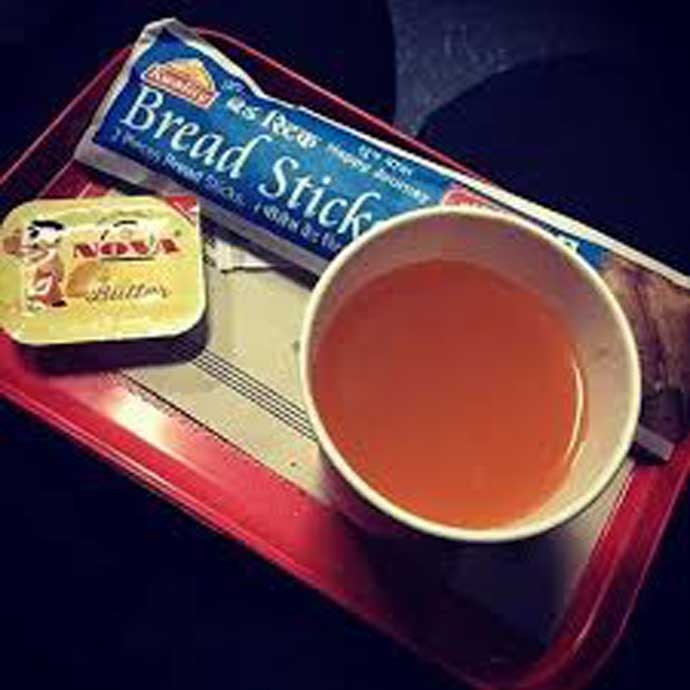 No one will stop you from eating anything you want. Because everything is included in the fare. (Photo: YouTube)

Of course, soup and breadstick

The starter is not an Indian concept. So, I am sure that all first-timers, greeted by a cup of tomato soup and breadsticks, found themselves at their wit’s end. But then, the atmosphere inside Rajdhani, even when there used to be curtains, has always been so receptive that you will soon fall in line. You will know how to take out the breadstick, smear it with butter, and then dip it in the soup — looking forward to the following dinner. It was always about food. (Photo: PTI)

The first Rajdhani was between Delhi and Howrah, which makes its Bong connection clear. For a fish-rice-fed, mother-fearing Bengali, someone asking whether you'd have ‘veg’, ‘non-veg’ or ‘Continental’ was a delight, though everyone who has ordered Continental in some point in their life has regretted it, I know. But those experiments never invited scorn from parents because they knew we won’t feel hungry at night.

Also, it's the place where a new husband tries to make bed tea for the wife and the mother teaches her kids how to make a cup of chai. There are sachets of dairy creamer (nicknamed 'milk powder'), sugar, hot water and a tea bag — learning the ropes of D-I-Y, failing, and smiling at the failure. Again, I don’t know anyone who left a Rajdhani Express without memories lingering in the forms of a sachet of jam, sauce, or some sugar sachets belonging to that innocent tea-making kit. If you dig deep and are lucky, you can find a Frooti Tetrapack as well.

Oh! And the ice-cream. The only moment when toddlers stop crying is when that ice-cream cup is served. Interestingly, mothers don’t forbid their kids because everyone knows that the fare includes everything. On umpteen occasions, Rajdhani made the news — for delays, for not washing their blankets, for doing away with the curtains, for astronomical fare hikes (it’s now equal to cheap air tickets that come with asterisk marks).

But what has pained us the most has to do something with its menu. Yet, whatever it is now, a Delhi-Howrah Rajdhani will be never bereft of these three characters: One who will tell stories of how the catering was so better before, the first catering manager used to roam around with chocolates for children, etc., etc. and the ticket price was only Rs 90. Two, who will tell you Sealdah Rajdhani is better than Howrah Rajdhani. Three, who will haggle with the service boys over the tip because everything is included in the fare.

In between all these, some misplace their towels, which are never to be found.

Also Read: 5 reasons why I think TikTok should be banned

Post your comment
#Railways, #IRCTC, #Indian Railways, #Rajdhani express
The views and opinions expressed in this article are those of the authors and do not necessarily reflect the official policy or position of DailyO.in or the India Today Group. The writers are solely responsible for any claims arising out of the contents of this article.