Researchers at University of Southern California’s Viterbi School of Engineering, Mayank Kejriwal and Akarsh Nagaraj have been able to discover that male characters are 4 times more prevalent than female characters in literature. They were able to do so through AI technologies. 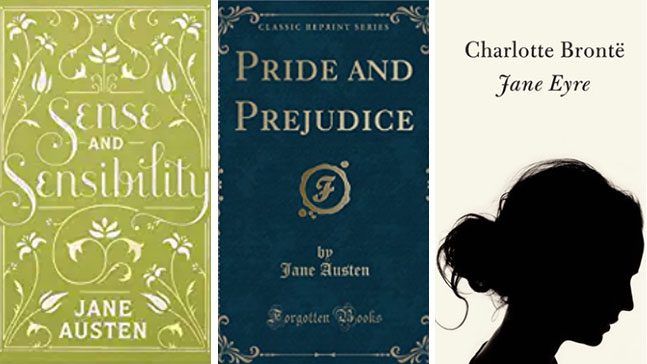 Nagaraj said, "Even with misattributions, the words associated with women were adjectives like 'weak', 'amiable', 'pretty' and sometimes 'stupid'. For male characters, the words describing them included 'leadership', 'power', 'strength' and 'politics'."

While we know this research must have disappointed you, here are 9 female literally characters that are (atleast) '4 times' better than their male counterparts:

1. ELIZABETH BENNETT FROM PRIDE AND PREJUDICE

While Jane Austen's Pride and Prejudice features 5 sisters, it is the second sister; Elizabeth Bennett who shines through the book. Known to be a popular feminist in English literature, Elizabeth is self-assured, outspoken, assertive and 'prejudiced'. Her approach towards marriage is distinct from what the norm was during the time.

In a book that starts off with, "It is a truth universally acknowledged, that a single man in possession of a good fortune, must be in want of a wife," Elizabeth's character is

It was because of her thinking that marriage should take place for love instead of social and economic standing, is why she rejects Mr Collins and Mr Darcy's first proposal.

Although Mr Darcy himself is 'prideful', it is because of Elizabeth's demand for respect that Mr Darcy is compelled to revaluate his attitude and is able to value her.

Written by Charlotte Brontë, Jane Eyre follows the story of Jane, a simple yet courageous girl. Her journey from her aunt's house, Lowood School to Thornfield Hall shows Jane's independece and her wit. Her refusal to marry Mr Rochester, once she knows that his first wife exists and then her decision to not marry her cousin, St John is remarkable and a true sign of her self-supporting and free-spirited attitude.

Little Women features 4 March sisters; Meg, Jo, Beth and Amy; all strong-minded and kind-hearted. The story follows the journey of these sisters and their struggles to become young women during the Civil War era.

Written by Louisa May Alcott, this story acts as an inspiration for women readers to remain true to the path they decide in life and the importance of remaining financially independent. The book has been adapted into multiple movies with the same name, the latest having released in 2019 and available to watch on Amazon Prime Video

4. OFRED AND THE WOMEN OF THE HANDMAID'S TALE

Written by Margaret Atwood, The Handmaid's Tale is a modern symbol for feminism and the global fight for gender equality. The story follows the rise of a theocratic state, known as Gilead which is a patriarchal society largely governed by religious law and has stripped women of their economic, human and social rights.

The Handmaid's Tale acts as a reminder that staying silent when being treated unfairly means remaining forver silenced. The book has been adapted as a show with the same name and is available to watch on Amazon Prime Video.

5. PRINCESS MIA FROM THE PRINCESS DIARIES

Princess Mia spends this eleven-book series attempting to become a worthy Queen of Genovia. Even though she fails more than once at fulfilling her grandmother's expectations, Mia remains a kind, soft-hearted and courageous character. 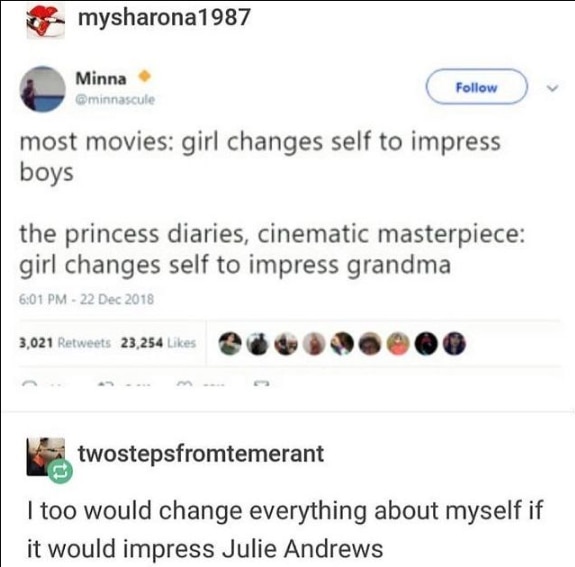 Written by Meg Cabot, Mia's determination and down-to-earth personality is refreshing and the reason why she is able to outwit characters like Josh Richter and John Paul "JP" Reynolds Abernathy IV. The series has been adapted as movies of the same name and feature Anne Hathaway as Princess Mia and Julie Andrews as Queen Clarisse.

When it comes to fantasy literature, Hermione Granger is nothing less than an icon. Quite easily one of the most impressive characters in the Harry Potter books, Hermione is smarter than her male counterparts, is easily able to dominate her classmates in most academic subjects and isn't shy to mention it.

But her smartness isn't the only characterstic that makes Hermione noteworthy. Over the course of the series, Hermione also shows readers her courage, vulnerability and her compassion.

Written by JK Rowling, the Harry Potter series was adapted into movies from 2001 and is much loved in cinema history.

7. ALINA STARKOV FROM SHADOW AND BONE

A young adult fantasy adventure by Leigh Bardugo, Shadow and Bone is the story Alina Starkov, a refugee who embarks on a journey to make the most powerful Grisha (magic-performing citizens of Ravka).

Alina's journey is a reminder of how important it is for women to be self-confident, and that no one is capable of stealing away your talent or skills. Shadow and Bone was adapted as a Netflix series in 2021 and is available to watch on the streaming service.

8. DASHWOOD SISTERS FROM SENSE AND SENSIBILITY

Another Jane Austen book, Sense and Sensibility follows the story of the Dashwood sisters: Marianne and Elinor. The parallel experience of love and its threatened loss the sisters face brings important themes to light. While ultimately the sisters learn that sense must mix with sensibility if they wish for personal happiness, Sense and Sensibility also tells its female readers that happiness can mean different things to different people. It is not necessary that a thing that gives happiness to one, may also give it to another.

9. MAGGIE TULLIVER FROM THE MILL ON THE FLOSS

The Mill On The Floss by Marian Evans (who wrote under the pseudonym George Eliot) features Maggie Tulliver and her emotionally dependent relationship with her brother, Tom. Maggie's conflict is between leading a full intellectual life and her moral responsibility towards her father and brother.

Maggie's decision to choose her moral responsibility over living an intellectual life highlights the effect society has on women's lives and the struggle women face in real life, when they need to choose their personal desires over societal expectations.

In the end, of course, the flood takes Maggie's life, because she was perhaps too independent for the era she was written in.

#Pride and Prejudice, #Little women, #Shadow and bone, #Harry Potter
The views and opinions expressed in this article are those of the authors and do not necessarily reflect the official policy or position of DailyO.in or the India Today Group. The writers are solely responsible for any claims arising out of the contents of this article.