What was absolutely unnecessary to celebrate the Supreme Court judgment of striking down Section 377 has just happened. A few reports have surfaced on how a first-ever gay swayamwar show on Indian television is being planned following the verdict.

Many may find the concept ‘coming of age’ and may label any criticism ‘puritan’, but truly, the proposition has nothing hopeful in it, given our previous encounters with fictional gay characters, pathetically portrayed by Indian television, under the garb of ‘being progressive’. 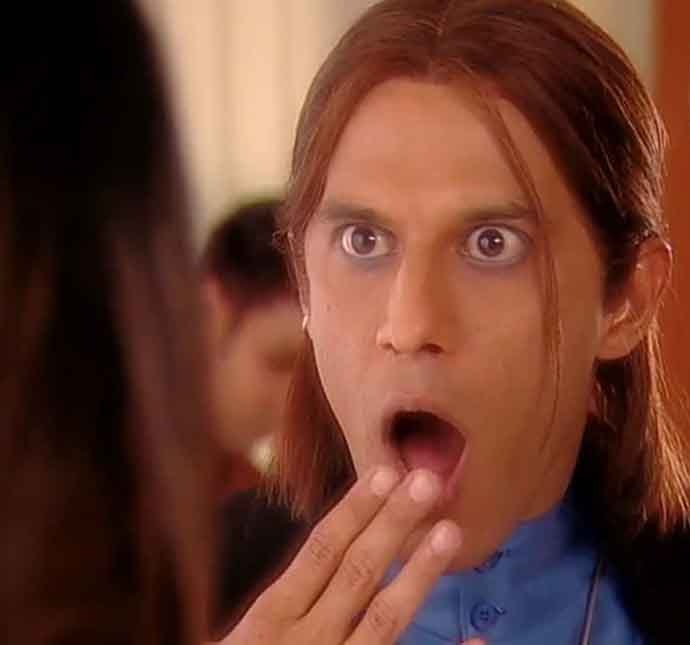 Long before we became woke, we all have laughed at Maddy. (Screenshot: Courtesy Sony)

So, here are a few things Indian television taught us about gays. People loved Maryada...Lekin Kab Tak? (Photo from Twitter) but there were many sub-plots to divert the attention (Photo: Twitter)

There are exceptions, but not on television; as the fear of losing the saas-bahu audience looms large. So, there have been somewhat ‘coming of age’ experiments on digital platforms.

But nothing to warrant a ‘gay swayamwar’ on television, so soon after the verdict.

The intention is quite clear.

Do you really want to find a partner? Or, do you just want to capitalise on the present mood, to ride on the TRP charts?

If you really want to find a partner, then go over the precedents already set by the heterosexual people, who became — or tried to become — famous through the swayamwar circuit.

In the first season of the wedding show, which was in 2009, (the show unfortunately had three seasons), Rakhi Sawant selected Elesh Parujanwala, a Canadian businessman, for marriage. But, on the day of the finale, Rakhi Sawant changed her mind and instead of getting married, the duo got engaged. Finally, they never got married.

Season 2, 2010, was titled Rahul Dulhaniya Le Jayega, as Rahul Mahajan was looking for a bride and managed to find one in model Dimpi Ganguly. The duo got married on the show — and got divorced after five years. Even if their marriage had worked, the idea of keeping heavily decked-up prospective brides on tenterhooks for TRP is so 1450s! (Photo: India Today)

Season 3, 2011 (no one remembers this for legit reasons) featured actress Ratan Rajput who got engaged to some Abhinav Sharma. But later, they did not marry, apparently because their horoscopes did not match.

So yes, this reality show shaadi has never been a potent platform to find a partner, unless you want to reassert all the stereotypes of multiple gay partners instead.

Had all these reality show relationships worked in real life, then too, the idea of a gay swayamwar would have remained equally frightening.

But is this how we celebrate inclusiveness? By offering gays (forget L, B, T and Q, of course) a regressive television space and making them believe that this is a rainbow moment as they can now look for a partner on Indian television?

I don't think so.

Also read: When being gay was sheer irreverent, catty fun