The Delhi government has made a great move towards reinforcing the fact that life is more than just marks.

Come July 2 and children studying in Delhi government schools will smile a little more, laugh a little louder and play a little harder. With all of that combined, they will move towards a happier life — one step at a time. The curriculum will be taught to around eight lakh students from nursery to class 8. Source: Twitter

The Arvind Kejriwal-led Delhi government has announced the introduction of a 'happiness curriculum' in its schools from the coming academic session.

The curriculum will be taught to around eight lakh students from nursery to class 8.

At a time when the Centre, under the leadership of Prime Minister Narendra Modi, is busy changing course curriculums with an aim to rewrite history, Arvind Kejriwal has shown what our education system lacks and how to fix it.

What the 'happiness curriculum' is

The programme will include meditation, moral values and mental exercises with an aim to produce 'sarvagun sampann' (versatile) 'professionals and human beings who could serve the society with happiness'.

The idea to introduce the curriculum in Delhi government schools originated when deputy CM Manish Sisodia visited Harvard University and saw how the institution was running happiness courses. Work on preparing the plan started in January this year with the involvement of about 40 experts.

The entire programme will be activity-based and guess what — it would come with no formal exams. A periodic assessment of the children's progress will be made using a 'Happiness Index'.

Happiness courses drive their own lessons from positive psychology, which is the scientific study of human functioning that aims to find the factors that allow individuals to thrive. 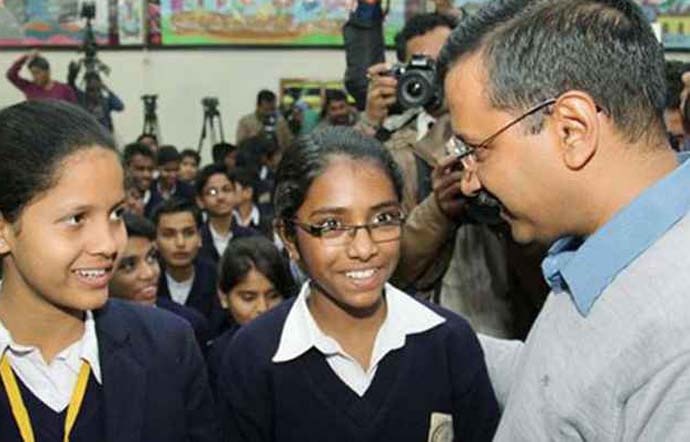 Arvind Kejriwal has made an attempt to show us how to reduce the stress caused by school curriculum.

While normal psychology focuses on dealing with mental illness and depression, positive psychology asserts strength is as important as weakness.

So, rather than focus on "what is wrong with you", happiness courses help individuals think about "what is right with you".

At a time when children as young as 15 and 16 years are killing themselves over low exam scores, the Delhi government has made a great move towards reinforcing the fact that life is more than just marks.

And this is where Kejriwal has taken a clear lead over PM Modi. While Modi is writing books such as Exam Warriors about how to face exams, Kejriwal is trying to let students learn how to enjoy life.

The politics of curriculums

Educational curriculums have been used by political dispensations to propel their ideologies and change discourses, using young, impressionable minds as tools in their larger political battles.

The revision of textbooks has been done time and again by successive governments in an attempt to stimulate future generations towards the left, right or centre.

A committee appointed by the Modi government sometime in 2017 in a meeting deliberated upon how to rewrite history.

Minutes of the meeting that were accessed by Reuters made the agenda clear — reportedly use evidence such as archaeological finds and DNA to prove that Hindus are direct descendents of India's first inhabitants thousands of years ago. It also looked at ways to make a case that ancient Hindu scriptures are fact, not myths.

The BJP, however, is not the only party that stands guilty of limiting the discourse on improving educational standards to changing the narrative. 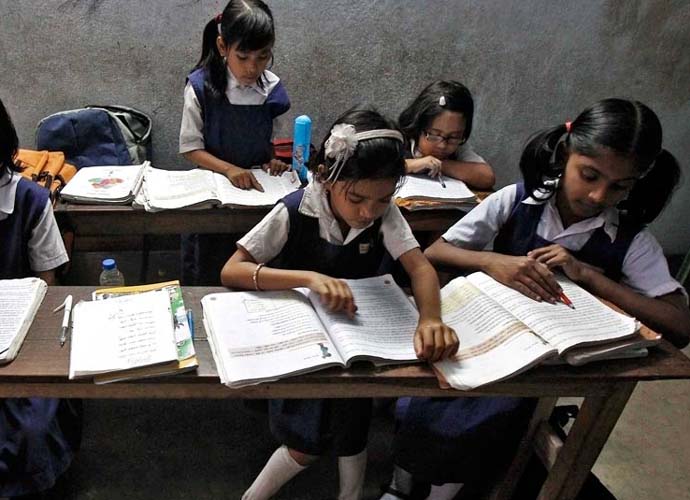 A step has been taken towards modernising education in Delhi.

After the 2004 national elections, the United Progressive Alliance (UPA), led by the Congress, had reviewed and revised the National Curriculum Framework, giving rise to the NCF 2005.

It drew sharp criticism from the NDA for not giving space to Indian culture and values; the Left too criticised NFC 2005 for not being bold enough to de-saffronise it.

But the UPA brought in NFC 2005, because the NDA in 2000 had tweaked the NFC in accordance with its own ideology.

Quite clearly, this game of writing and erasing the work of opponents cared two hoots about how education needed real modernisation in India. Parties believed in their self-created facts and forced students to rote-learn those, and then prove to be a true 'exam warrior' by showing that they had learnt well enough.

Every party tells us the burden on students needs to be reduced and that education techniques need to evolve. However, when the time for action arrives, those very parties will focus all their energies on limiting the worldview of students within airtight ideological boxes.

Our apathy towards young students has forced them to hang themselves from ceiling fans or jump off high-rises to escape the pressure of studies.

With his sit-in at the house of the Lieutenant Governor over, Arvind Kejriwal has made an attempt to show us how to make education value-based.

Also read: Why we need to get rid of Article 370

#Narendra Modi, #Student suicides, #Delhi schools, #Happiness curriculum
The views and opinions expressed in this article are those of the authors and do not necessarily reflect the official policy or position of DailyO.in or the India Today Group. The writers are solely responsible for any claims arising out of the contents of this article.