Adi Shankara through the eyes of Pavan Varma 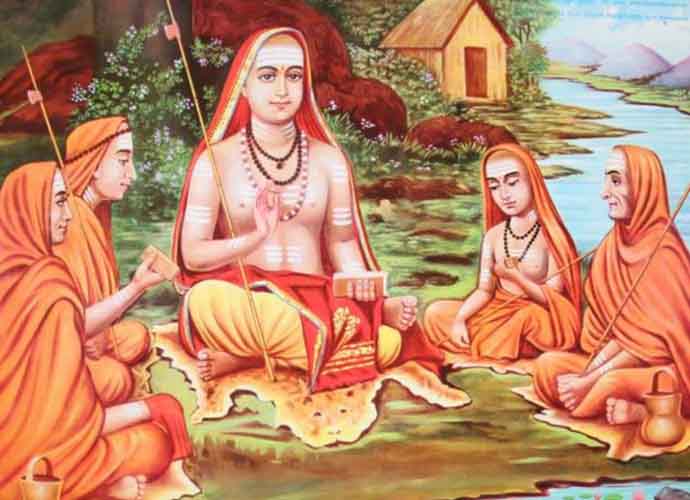 So, here is a feast of a book by a practical philosopher-politician on a spiritual-philosophic genius of the kind that appears perhaps once in a millennium. To think of how young Adi Shankara died and then to consider the volume and profundity of the spiritual and philosophical treasures he has left for humankind is to succumb to awe and wonder. Even a cursory glance through this book convinces the reader that the author has done ample justice to the daunting task he had undertaken. I regard Adi Shankaracharya: Hinduism's Greatest Thinker as a must-read for all Indians who want to be acquainted with the spiritual genius of India, which has a profound philosophical underpinning.

The concern that informs the book is the author's problem with the general ignorance and indifference that prevail today with regards to the character and genius of Hinduism. To him, this is due to two factors. Over the centuries, aspects of popular religiosity — rituals, dogmas and even superstitions — have eclipsed the philosophical core of Hinduism.

Even the custodians of the maths established by Adi Shankara do not distinguish themselves by the zeal to make the light of Adi Shankara's spiritual philosophy illumine the lives of the people. Second, philosophy has been overpowered by ideology, due to the politicisation of the religious domain. This makes Advaita seem a hindrance to politics understood as the art of the possible.

The author treats these issues with delicate circumspection so as to ensure that the polemical does not overshadow the philosophical. Even so, he leaves the readers in no doubt about his conviction that the Advaitic vision, as developed by Adi Shankara, offers the ideal matrix for the unity and integrity of India.

This vision lends itself to religious and cultural tolerance, as it illuminates the essential oneness of reality. Brahman is the fountainhead of all reality. The self, properly oriented, is an aspect of that reality: tat tvam asi that thou art. It is impossible to endorse the Vedanta and Advaita and strategise any aspect of human life based on conflict and polarisation.

The book falls into three major sections. In the first part, the author undertakes an exposition of the fundamentals of Adi Shankara's philosophy of Advaita. It is a treatment that is consciously kind to the lay people, who are novices in understanding of the subject. If anyone is looking for an answer to the question, "What is Advaita," here is a book that answers it best and easiest. The second part of the task the author sets for himself is to examine the interface between Advaita and modern science. The author's approach is a far cry from the jingoistic and peremptory assertion hardly backed by research or corroboration, that all modern technological developments -from aviation to internet to plastic surgery — were current in ancient India. He treats the two — Adi Shankara's Advaita and cutting-edge modern science - as independent developments; both existing in a state of reciprocal illumination. In the process he does not forget, nor does he let the reader forget, the procedural difference there exist between philosophy and empirical, scientific inquiry.

The author's thesis that spirituality and science are mutually complementary, not mutually exclusive, is valid and valuable. The two converge on the dizzy heights of man's quest for truth. This section of the book is valuable even as a crisp introduction to the history of ideas in modern science. It can make profitable reading for anyone who wishes to be intellectually cultured in the true sense of the term.

The book concludes with a carefully selected anthology - understandably patch and minuscule - of Adi Shankara's works. The complete works of Adi Shankara are available to us - and this is important to note - in 20 volumes, free of cost, from overseas internet resources. I haven't come across a single Indian agency or institution mindful of the need to making the works of Adi Shankara accessible to the common man, even as an internet resource. This is characteristic; and it should make us think.

I have to say that it is Varma's work that made me look for these resources. This is a measure of the impact the book had on me. The task of an author is not to state all that can be said about a theme or thinker. It is, instead, to kindle a keen and abiding interest in pursuing the particular domain of study further. In this, I have to say, Pavan succeeds immensely.

The only area of disappointment I have, though, can be stated simply. The book should have addressed the question why it is that interest in the "greatest thinker of Hinduism" — as the title of the book rightly affirms — has all but died out? If this brightest star in the horizon of India's spiritual thinking has been allowed to be almost forgotten, what does that tell of us? Why is it that we fail to take our traditions of excellence forward?

Why are we poor custodians of what we remember to be, now and then, boastfully proud?

This is an issue of serious implication for our country as a "secular, democratic republic". Secularism in India has survived so far, I believe, thanks to the philosophical genius of Hinduism. Even though scholarship on Adi Shankara did not take off as it should have, and a mature understanding of the scope and reach of Advaita as a spiritual vision native to India was left to languish in neglect, its rudiments continued to linger, as a silent catalyst in the crucible of our collective consciousness. If the Indian society has remained hitherto a domain of comparative tolerance, the credit goes to the philosophical core of Hinduism. It is important to recognize this, especially today when attempts are made to project such an outlook as a regrettable sign of weakness.

As one who has been active for long in the domain of higher of education, I would be happy to see this book prescribed for optional reading for all undergraduate students in India. This is not a matter of thrusting a religious tradition on non-Hindus. It is a matter of enabling ourselves as Indians to be acquainted with the noble genius of India, of which no religion needs to make us reluctant. At any rate, we can do only better with a little more of philosophy, given how public life today is being vulgarized and degraded.

It is at once liberating and reassuring to realise that all is subsumed in Brahaman, the eternal reality, and that, to the extent that one is in harmony with that reality, one is at one with the wholeness of India. This overcoming of alienation should be deemed the highest priority, if we are to survive as a grand experiment in unity-in-diversity.