Till May 18, 7.04 million MT of wheat was procured in Haryana, against the Food Corporation of India (FCI) target of 9.5 million MT.

The lack of help, slower disbursal of payments, mistrust of procurement agents has led to many problems in Haryana in this wheat procurement season. The state started the procurement of wheat from April 20, five days after other states initiated the acquisition of grains. Till May 18, 7.04 million MT of wheat was procured in the state, against the Food Corporation of India (FCI) target of 9.5 million MT.

Punjab’s agencies acquired 12.1 million MT till May 17 against the state’s target of 13.7 million MT, whereas, Madhya Pradesh lifted 8.75 million MT of their target 10.5 million MT. This year, FCI has targets of refilling warehouses with 40.7 million MT. The targets are set for other states, such as Uttar Pradesh (5.5 million MT and has achieved 1.5 MT). They are all rapidly moving towards achieving their respective targets, well before the deadline of May 31.

UP allowed farmers to sell most of the crop in the open market; this includes opting for the procurement of wheat from farmers’ fields; letting the food production organisations and companies (FPOs and FPCs) sell the produce directly. This gives more realisation to farmers than opting for government acquisition.

However, pushing for reforms has backfired for Haryana. It followed staggered marketing norms. The procurement points were doubled with rice mill grounds and panchayat lands etc to the existing mandis. Haryana made it mandatory for farmers to register themselves with portal ‘Meri Fasal Mera Bayora’. Using AI, the farmers were allocated the appointment with their agents. And the payment was to be debited to farmers’ respective accounts. 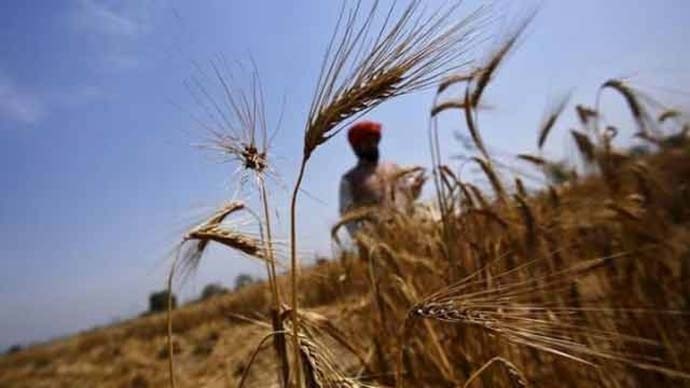 The lack of help, slower disbursal of payments, mistrust of procurement agents has led to many problems in Haryana in this wheat procurement season. (Photo: Reuters)

This has angered procurement agents. Haryana in the past has maintained high procurement numbers, as farmers from neighbouring states; Rajasthan, Uttar Pradesh and some in Punjab was sold in the state’s mandis. The authorities looked the other way, while procurement agents made an extra commission. The digitalisation nixed this. The direct money transfer to farmers dented their business model further. Farmers take the debt from these procurement agents on the promise of returning back at realisation of crop’s value. The states pay these agents and they pay the farmers back after taking the cheques of loan’s return. All this forced the agents to go on strike. After three days, the chief minister had to intervene to roll back the provisions on the payments. Punjab was keen to bypass the agents but deferred the plan.

The migrant labourers couldn’t come because of the lockdown. Once they changed payment systems, Haryana is finding it difficult to convince agents. The change in the system has delayed payment cycles of agents and in returns of farmers. Out of the demand raised of Rs 12,372 crore, the officials say, only Rs 7,450 crore could be disbursed. And there is a constant delay of more than a week in payments. Haryana is fixing the payment schedule. On May 17, the state allowed the procurement of wheat from neighbouring states as well. But with a cap of one million MT and not more than 360 quintals from one farmer.