At a time the Narendra Modi government is proceeding with its grand plans for building a bullet train between Mumbai and Ahmedabad, an RTI query has revealed that more than 40 percent of seats on all the trains on this route go vacant, causing huge losses to Western Railway (WR).

According to an RTI query filed by Mumbai activist Anil Galgali on seat occupancy, in the past one quarter alone, the Western Railway is facing staggering losses worth Rs 30 crore in the Mumbai-Ahmedabad sector - this translates to a loss of around Rs 10 crore per month. The WR revealed that in the past three months, 40 percent seats have been vacant on the Mumbai-Ahmedabad route while 44 per cent seats were left unoccupied in the Ahmedabad-Mumbai route. 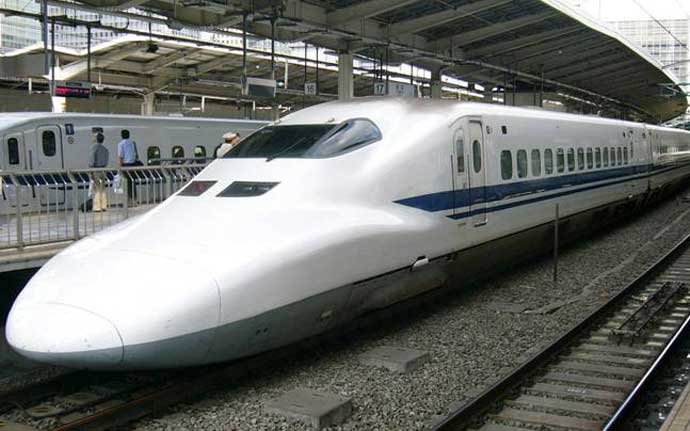 Faced with vacancies on existing trains, the Indian Railways has announced that there is no fresh proposal to introduce trains in this sector.

The Indian Railways' RTI response is self-explanatory: the Indian government has been unduly overenthusiastic in its plans to spend more than Rs 1 lakh crore on the bullet train project and, clearly, it has not done its homework.

For a country that runs nearly 10,000 trains every day to ferry more than 23 million passengers - equivalent to Australia's entire population - it makes a little sense to plan a bullet train will carry a few thousand people.

India's mammoth 66,687km-long colonial-era rail network is dilapidated and struggling to meet the travel needs of ordinary citizens. In 2017, less than half of the network is electrified, trains seldom run on schedule and frequent derailments are reported. The safety of passengers is in god's hands and the abject lack of adequate hygiene on trains is glaring as ever.

Railway stations across the country, especially in metros, are ill-equipped to cater to the growing footfall of travellers. Passengers are often seen jumping inside unreserved coaches through the windows to grab a seat.

At Rs 1,10,000 crore, the budget of the Ahmedabad-Mumbai High Speed Rail Project is almost equal to total capital outlay of Indian Railways in 2017.

This expenditure for a route which is only 500-odd kilometres in length could become a burden for the state exchequer in the years to come.

According to an IIM Ahmedabad study, the Ahmedabad-Mumbai bullet train will need to make 100 trips daily and carry 88,000-1,18,000 passengers per day to be financially viable. The RTI reply reveals that only 8,39,797 passengers travelled by rail in the Mumbai-Ahmedabad segment between July 1 and Septemer 30.

On an average, the trains operating in this sector carry only 9,332 passengers per day - way below the mark to make the bullet train economically viable.

Another great hurdle and challenge is the affordability of the bullet train ride. A one-way ticket on the bullet train is expected to cost Rs 3,000. For the same price, one can travel between Ahmedabad and Mumbai on an airplane and reach in an hour.

In July 2015, when Japan International Cooperation Agency (JICA) had submitted its feasibility report on the project, it was met with vehement opposition.

The Congress party had severely criticised the government over the monumental cost of the project: "Government's own estimates suggest that the cost of providing housing for all is going to be around Rs 6 lakh crore. The choice then comes down to this: 6 bullet trains Vs housing for all Indians."

Given the latest alarming RTI reply - along with growing preference for flights, improved road travel and the expected exorbitant fair of high-speed trains, the central and Gujarat governments must review the expensive option of the bullet train before it becomes a white elephant for Indian taxpayers.

It is clear as day that the Rs 1,10,000 crore estimated to be spent on the bullet train could well be utilised for employment generation, health, education, electricity, drinking water and housing for the economically-weaker sections.