The India government, while unable to fix the mess the Maharaja is in, has made sure it is polite to China.

We all know Air India, the ‘Maharaja of the skies’, is not particularly adept at flying. Now, we find it’s rather good at crawling.

India’s national carrier has fallen in line with a diktat by China, which says that Taiwan should be listed as “Chinese Taipei”. Accordingly, Air India’s website now refers to the destination as “Taipei, Taoyuan International Airport, TPE, Chinese Taipei”. 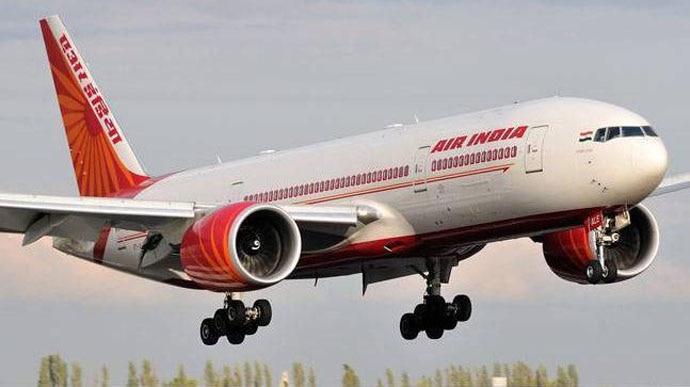 Not so high and mighty: Air India was quick to oblige China. (Photo: India Today)

China insists Taiwan is part of its territory, while the region claims it has been an independent, democratic country since 1949. Taiwan is a severely prickly issue for China, and it opposes tooth and nail any semblance of international recognition to the region as a separate country as part of its “One China” policy.

However, telling governments to respect its territorial borders is one thing — asking commercial entities to do so quite another, as the US, to which too China’s diktat was sent, has pointed out.

“Regarding websites, we object to Beijing dictating how US firms, including airlines, organise their websites for ease of consumer use. Chinese companies’ websites operate freely and without political interference in the United States,” a US State Department official told Business Insider, adding it will consider taking “appropriate action if necessary in response to unfair Chinese actions.”

Air India, of course, is a government entity. And the Indian government has been quick to oblige China here.

There is a lot with Air India that is crying out for the government’s attention — it has huge debt, its operations are a mess, and when the Centre finally tried to auction it off, the terms offered were such that no one turned up to buy it.

While the government is yet to fix any of that, it has chosen to make sure the airline is politically correct.

True, India does not formally recognise Taiwan as a country. It does not have an official embassy in Taipei — the India-Taipei Association serves the function de facto. In New Delhi, the Taiwanese maintain the Taipei Economic Cultural Centre.

However, there have been instances of interaction between New Delhi and Taipei. Recently, in February 2017, a Taiwanese parliamentary delegation had visited the Indian capital, prompting a sharp reaction from Beijing. Later in the same year, an industrial collaboration MoU was signed with Taiwan, again leading to India’s criticism in the Chinese media.

Also, in recent years, India has never formally stated that it accepts the "One China" policy. 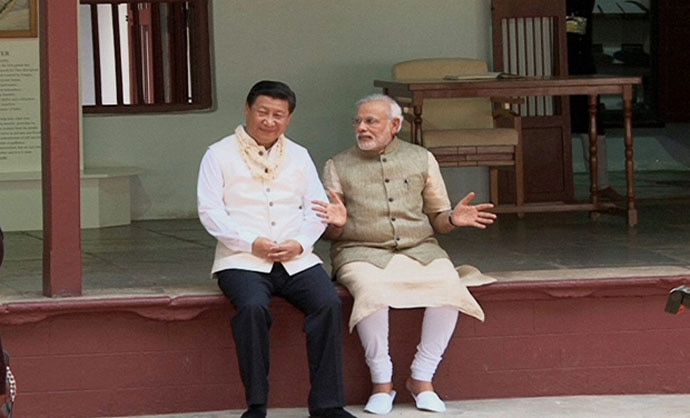 We can go so far — and perhaps further too: The Indian government has been quite accommodative of China recently. (Photo: PTI)

In such a scenario, making sure the Maharaja does not offend China seems rather a strange insistence on the airline’s politeness, while ignoring its fairly abrupt style of operations.

The name change, however, is in line with India’s recent eagerness to please other countries. In June, the government asked refiners to prepare for a drastic reduction of imports of Iranian oil, signalling that is is likely to yield to America’s insistence on this. In 2012, the Manmohan Singh government had refused to heed a similar demand. In March, to avoid displeasing China, the government had asked its officials and leaders not to attend functions planned to mark the 60th anniversary of the Dalai Lama’s flight to India, held by the Tibetan government in exile in India. The venue of the event, too, had been shifted from New Delhi to McLeod Ganj.

This was in sharp contrast to 2017, when the Dalai Lama had been allowed to visit the sensitive state of Arunachal Pradesh, and MoS Home, Kiren Rijiju, had even gone to meet him there.

Foreign policy, of course, is a complicated and delicate business, and requires circumspect conduct, even from leaders with 56-inch chests. However, if the government does pay so much of attention to Air India, why not shore up the Maharaja’s actions, instead of policing its words?