How air pollution is impacting pregnant women and children

Arkita has been sneezing at least once every minute, but that isn't the most awful of it. The 13-year-old has red eyes, headache and has complained of breathlessness. Unable to bear it, the anxious parents finally decided not to send her to school for at least a week. Her condition, doctors say, is caused by exposure to capital’s air pollution which has led to a surge in complaints of throat allergy and respiratory distress.

In many ways, New Delhi’s predicament is an essential cautionary tale of a deteriorating global trend. Alarmingly, 14 of the 20 most polluted cities in the world are in India, of which Delhi is the most polluted one. While the role played by particulate matter (PM10, 2.5 and 1) has been a matter of grave concern, another distressing aspect; the spike in nitrogen dioxide and benzene levels has also been noticed in the past few years.

According to the report, Air pollution and child health: Prescribing clean air, released by the World Health Organisation (WHO), air pollution in India has been responsible for the deaths of over one lakh children under five years of age and over 7,000 children between ages 5-14 due to both ambient and household pollution. Air pollution in India has claimed the lives of over one lakh children under five years of age and over 7,000  between ages 5-14 .(Photo: PTI)

These estimates were out of about six lakh children below the age of 15 who died due to air pollution across the world in 2016. The deaths in both the age groups are much higher in India in comparison to neighbouring nations, and the death rate was far higher among girls than boys.

The report also brings out the striking difference between the nations around the world. In low and middle-income countries 98 per cent of all children under the age of five are exposed to levels of PM 2.5 that are higher than what the WHO air quality guideline levels prescribe. However, in high-income countries, only 52 per cent of children were exposed to such high levels of PM 2.5.

Across the world, poor air quality has become one of the leading causes of premature fatalities, resulting in around seven million premature deaths every year, often from stroke, heart disease and lung cancer. Indeed, this global epidemic has become so dire that the World Health Organisation convened the first-ever global conference on air pollution and health on October 30 this year.

Air pollution comes in many forms and typically comprises of polluted air with the traces of ozone, nitrogen dioxide, sulphur dioxide, benzene, particulate matter present in both ambient (outside) and household air circulation. Although prolonged exposure to polluted air effects every individual adversely, it has a severe impact on the health of the children and pregnant females. 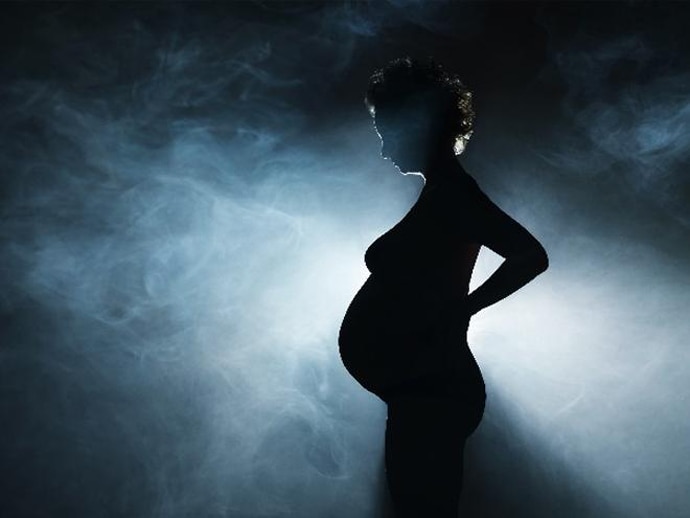 Due to exposure to polluted air, pregnant women are more likely to give preterm births. (Photo: Facebook)

Researchers across the world have deliberated how pregnancy is adversely impacted by air pollution. For now, the possible consequences of air pollution on pregnant women and their babies look more serious with every finding.

The studies reveal that due to exposure to polluted air, pregnant women are more likely to give preterm births. These babies as such have a significant risk of developing cardiovascular and neurological disorders. Women exposed to high particulate matter during their last trimester were twice as likely to give birth to a child with autism.

Air pollution can aggravate asthma in pregnant females; this can be dangerous because it can cause preeclampsia and can cause the foetus to suffer from lack of oxygen leading to poor growth. Particulate matter crossing the placenta and reaching the foetus can also trigger asthma and childhood cancer later in life. The pollution exposure can also cause a decrease in fertility in both males and females.

Children are predominantly susceptible to the effects of air pollution as they live nearer to the ground, where some pollutants reach peak concentrations and adversely affect their developing brains and bodies. Newborns breathe faster than adults, and as such absorb more pollutants. Newborns and young children are also more vulnerable to household air pollution.

It is impossible to evade every potential threat to the health of a pregnant female and his baby; health researchers from American Pregnancy Association suggest few essential measures to decrease the exposure to air pollution.

For example, reading the air quality index to check particulate measure before heading out to avoid exposure to toxic air. One can also get an air purifier or use air purifying plants. It is time to realise that the problems are more significant. (Photo: Reuters)

But are these pieces of advice any good for Indian settings where many still struggle to have a three-time meal and a household to reside. Millions of children are forced into child labour, and more than 90 per cent of total women workers work in the informal sector in India, nearly 50 per cent of these women workers are the sole bread earners of their family and for them sustaining life itself is more important than improving the quality of it.

We cannot overturn the problems of population explosion, poverty, unemployment, inequalities overnight. So what does India need to do? Can the country’s public health target be immediately served by implementing any plan or enforcing any measures? The need of the hour is to enforce strong climate actions which India had promised under Paris Agreement – such as ambitious efforts to transform our energy and transportation systems to run on clean fuel and renewable sources.

These are enthusiastic and long-term goals that need political will, efficient planning and appropriate funds. Considering the present health hazards and their negative impacts on the young children and pregnant females we should aggressively target for short-term goals to achieve safe health conditions and clean air to breathe.

There are a few valuable lessons that policymakers ought to have learnt by now from the air pollution crisis that has engulfed the whole country – particularly Delhi with unfailing regularity. The recent example of the Supreme Court’s last year direction from “no crackers” to this year's “green crackers” should also be looked at with greater scrutiny.

Last year, armed with policy tools such as bans, fines and other punitive measures the Graded Response Action Plan (GRAP) was put in place. Yet it has not achieved much success.

To be effective, systems like GRAP need centre, state, local and municipal bodies across multiple towns to work together as one unit. What is required is that government agencies work together to build linkages with resident welfare associations. Such linkages are necessary for changing mindsets and bringing cultural changes that generate health risks and environmental hazards.

It is important that people take the ownership of the air they breathe and do their bit in improving the situation. It is time to realise that the problems are more significant than what the WHO estimates, and need a call to action seriously.