Pratap Chandra from Lucknow has lodged a complaint against SII's Adar Poonawalla and ICMR director Balaram Bhargava saying that no antibodies have developed despite the Covishield jab.

First things first. West Bengal now has a new Chief Secretary - Hari Krishna Dwivedi. This comes after an ongoing tussle between Didi and the Centre. Didi - Mamata Banerjee - wanted former Chief Secretary Alapan Bandyopadhyay's tenure to be extended. The tenure ended today. However, the Centre planned differently and appointed Hari Krishna Dwivedi. What happens to Alapan Bandyopadhyay now? Not the one to give up that easily, Didi has appointed Bandyopadhyay as the Chief Advisor to the CM.

From Bengal to the country now. The new week in India began on a note of hope. This morning, India showed 1.52 lakh new Covid cases, recorded over the past 24 hours — the lowest count in 52 days. Attribute it to the lockdowns, restrictions, flattening of the curve, karma, divinity or whatever you want, but the virus does seem to be relenting. For now.

With lower numbers and mortality rate, states and UTs have started easing the Covid-induced restrictions. Delhi, Uttar Pradesh, Bihar, Jammu and Kashmir (J&K), Haryana, Manipur, Meghalaya, Himachal Pradesh, Tripura, Kerala, Mizoram and Arunachal Pradesh have started unlocking and easing curbs to facilitate businesses that were derailed by the virus. To know how the restrictions have been eased in your state, see this. 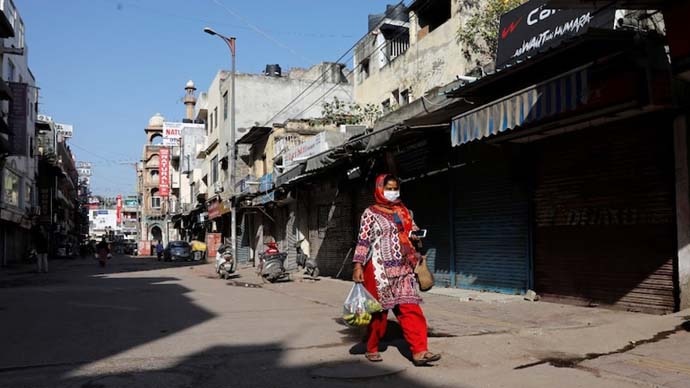 A woman walks along a near-empty street during a Covid-induced lockdown in New Delhi (Photo: Reuters)

Another ray of hope came in the form of two studies that say that people previously infected with, or vaccinated against Covid-19 may have lifelong immunity against the disease. Nevertheless, that does not give you the license to go unmasked. The studies do not guarantee protection from re-infection. All they say is that the human body can develop antibodies that can fight the virus for a long time.

However, Pratap Chandra from Lucknow has reasons to believe otherwise. This gentleman has filed a complaint against Serum Institute of India CEO Adar Poonawalla. The complaint alleges that Chandra did not develop antibodies despite taking a Covishield dose.

Our man took a Covid Antibody GT test from a government-approved lab, based on ICMR DG Balram Bhargav's quotes in media saying "good levels of antibodies are produced in the body after the first dose of Covishield." Turns out that not only did Chandra not develop antibodies, but his platelet count also showed depleted levels — 1.5 lakh after the vaccination from three lakh before the jab. He has alleged that he has become more prone to the virus after taking the vaccine. 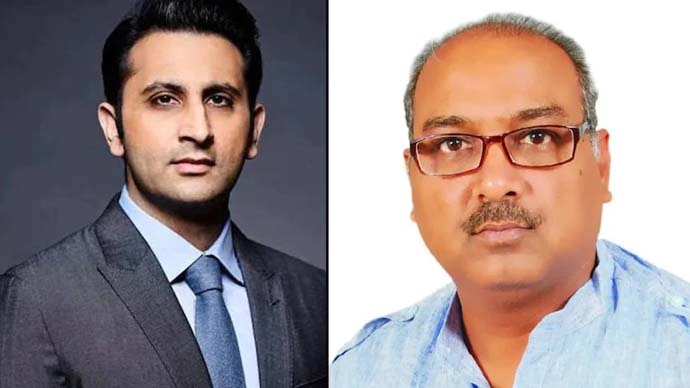 But remember that this is one odd case and nothing - the allegations, we mean - has been proven yet. So let that not deter you from taking the shot. Or push you towards alternate medicines claiming to cure Covid.

This retired headmaster from Andhra Pradesh said in a viral video that he took a "herbal eye drop" made by Bonigi Anandaiah of Krishnapatnam, Nellore. Kotaiah then claimed that he was cured of Covid-19 “in minutes” of taking the drug. Clearly not. On Friday, his oxygen levels plummeted and he died this morning at Government General Hospital, Nellore.

The man also imperilled the lives of hundreds of other people, who violated the Covid norms to get their hands on this “miracle” drug earlier this month. The Ayurvedic doctor’s team and many other villagers tested positive in the rapid antigen test. Besides, chemical conjunctivitis has been observed among Covid patients who used the disputed herbal eye drops. As we say, rationality and prudence is not in believing hearsays, but in staying at home. And getting vaccinated.

But evidently, rationality in Andhra Pradesh seems to be a rare commodity. The Andhra Police had registered an FIR against TV-5 and ABN Andhrajyoti Telugu news channels for airing "offending speeches" made by YSR Congress lawmaker, Kanumuri Raghu Rama Krishna Raju. The charges slapped on the TV channels were of sedition. Today, the Supreme Court barred the police from taking action against channels and said that it was time to define sedition in terms of freedom of the press. “Criticising the government can't be termed sedition," the apex court said. We couldn’t agree more.

From smoking to chewing, tobacco has been the root of many health evils — cancer, heart disease, stroke, lung diseases, diabetes and chronic obstructive pulmonary disease (COPD), tuberculosis, and a weak immune system. Kick the butt. Your health is worth a lot more than a puff of smoke. (Photo: Reuters)

On No Tobacco Day, our Word of the Day, is well, tobacco. Tobacco is defined as “a preparation of the nicotine-rich leaves of an American plant, which are cured by a process of drying and fermentation for smoking or chewing.” The word comes from the Arabic word ṭabāq which translates to “a type of medicinal herb”.

As you might know, until the early 20th century, tobacco was considered a cure for many illnesses and people (men and women) were actively encouraged by doctors to smoke. The theory fell flat on its face after studies came out showing how it affected the respiratory and immune systems, besides deformed foetuses in pregnant women who smoked.

And believe us you, in the times of pandemic you need all the protection for your respiratory and immune systems. So commit to kicking the butt today. Your body will thank you for it.

Speaking of fitness, remember Tarzan? The fictional feral man who was fit enough to be swinging from tree-branches in African jungles and outrunning the fastest of predators? Well, the face of Tarzan for our generation — Joe Lara — passed away in an air crash. The news was confirmed this morning that Lara had died on Saturday (May 29) with his wife and five others in the crash of a small jet near Nashville. He was 58.

Lara’s claim to fame was the role of Tarzan. Starting with the film Tarzan in Manhattan (1989), Lara fit right in with the titular character with his long tawny mane and oh those blue eyes and that California tan. He went on to essay the role in the subsequent TV series, Tarzan: The Epic Adventures.

Now, Tarzan, as we all know, was a jungle boy. A feral child raised by apes. The makers of the films and TV series have never shied from shooting with real animals. But how did Lara take to shooting with the chimpanzee Max, who played Tarzan’s sidekick — Cheeta? Apparently, shooting with Max was the most rewarding part for him, and he claimed that Max was like a brother to him. There have been interviews of Max sat on Lara's lap, wriggling joyfully as Lara tickled him, and Max reciprocating by smooching his co-star (David Schwimmer from Friends wouldn't be too happy with that; cf: the Friends Reunion Special). 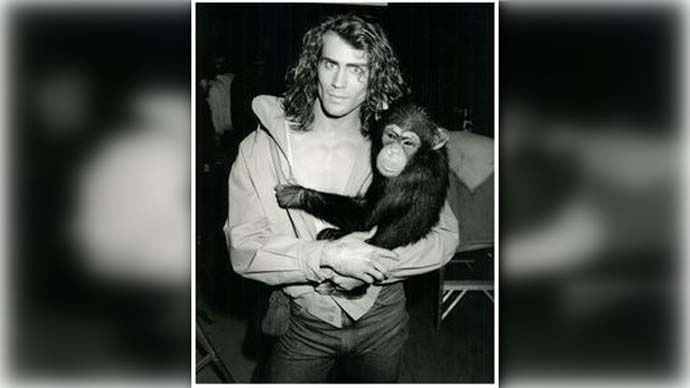 Joe Lara poses with his co-star Max, the chimpanzee in late 1980s.

Lara has said in many interviews that he loved animals and identifies with them. The love, apparently, stemmed from his pet in the late 1980s, which was some kind of a soul mate to Lara. What was the pet? A boa constrictor. We kid you not. Boa constrictors are large, heavy-bodied snakes, albeit non-venomous. To each hiss own, we say.

As we remember the Tarzan man, we recommend you watch Tarzan in Manhattan and see how Lara rescues Cheeta and all his animal friends from an evil New Yorker. You can always progress to watching the TV series Tarzan: The Epic Adventures if you like the film.

On that note, we say bye. See you tomorrow!