Haryana minister’s comments on renaming AMU are low on facts, high on bigotry

Raja Mahendra Pratap stood against the BJP’s brand of politics, and yes, the university does have his portraits, not one but two.

Even as Aligarh Muslim University (AMU) students continue a relay hunger strike to protest against the violence on May 2 – when right-wing activists tried to barge into the campus to "forcibly remove" a portrait of Muhammad Ali Jinnah – Haryana finance minister Captain Abhimanyu has had a brilliant brainwave.

The BJP leader, laying the foundation stone for a Jat dharamshala in Rewari on May 13, has said the AMU should be renamed, this time after Raja Mahendra Pratap Singh, a leader who had donated land to the university.

Picture of the one who broke the nation into pieces hangs inside Aligarh Muslim University's campus, but no picture of Raja Mahendra Pratap Singh. I demand that AMU must be renamed as Raja Mahendra Pratap Vishwavidyalaya: Captain Abhimanyu, Haryana Finance Minister (13.5.18) pic.twitter.com/mVdIlioAEn

The comments could be dismissed as opportune utilisation of an ongoing controversy, an easy way to hit the headlines and establish Ambimanyu’s credentials as a Jat community hero.

However, the statements are part of a darker trend, growing more brazen in the country by the day – of playing one identity against another, of historical figures being fair game and facts easily dispensable in this battle, and of the steady pushing backwards of Muslims, from institutions,  public spaces (think of the namaz row in Abhimanyu’s state), and political representation.

Abhimanyu said: "Jinnah was responsible for destroying the integrity of the nation. His portrait is displayed in the varsity, but till today no picture of Raja Mahendra Pratap has been installed there."

First of all, the Haryana minister perhaps did not bother to look up basic facts before making statements. Pratap’s portraits indeed find pride of place at AMU in two locations, at a library and at a residential hall.

For all those saying why Raja Mahendra Pratap photo isn't in AMU it occupies pride of place in the Maulana Azad library where every student comes to study#ItWasNeverAboutJinnah It about dividing us into Hindu vs Muslims #WeStandWithAMU pic.twitter.com/apw7iAwewm

Second, Abhimanyu’s comments display a dangerously reductionist understanding of identity, a mere association of keywords – “at a Jat function, let’s talk of a Jat leader” – no matter if the leader never identified himself as that community’s champion. Pratap, for example, was as an internationalist Marxist, even as his moniker popular in Aligarh is “Jat King”.

Thirdly, Abhimanyu's comments lend weight to what many have been saying since the Jinnah controversy erupted in AMU – that the row is mere saffron muscle-flexing, along with being an attempt to paint Muslims as Jinnah fans and Pakistan lovers.

AMU: A no of total 9 students are in hunger strike against the brutal attack by up police and breach of security of Hamid Ansari by HYV goons. Picture snapped when the doctors came for the routine check up .#WeStandWithAMU pic.twitter.com/v0Q4xLVUjR

The right wing in India has a talent of reducing complex issues to easy binaries, India’s rich and syncretic culture to a Hindu versus the rest discourse.

For this, a revision of history, a corruption of facts, even, is necessary. What Abhimanyu did has been done over and over again, by none less than the prime minister himself, most recently in the Karnataka Assembly polls.

A quick fact check: Raja Mahendra Pratap was a freedom fighter, who was “closely associated with a large section of Muslim ulema in the fight against British imperialism”. He was a student of AMU, which was then the Muhammadan Anglo Oriental College, but he did not finish his degree course. 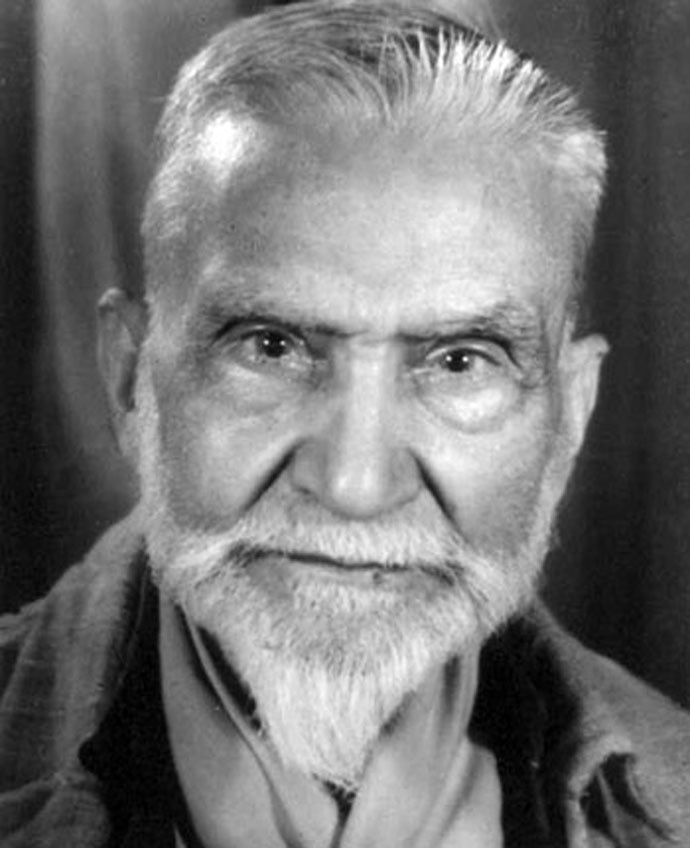 Whose icon? Raja Mahendra Pratap Singh was a Marxist, staunchly opposed to the BJP's brand of politics.

The BJP may now profess deep love for him, but there was no love lost between him and the Jana Sangh, the BJP’s political predecessor. Pratap had fought against the Jan Sangha as an Independent candidate from Mathura in the 1952 general elections, and in 1957, become the MP after defeating none other than Atal Bihari Vajpayee.

About the land at AMU, writes author Ram Puniayani for Beyond Headlines, the college "was formed in 1886, with a land bought from British cantonment (nearly 74 acres) and much later Pratap had leased 3.04 acres of land, this is called Tikonia ground and is used as a playground by the City High School of AMU in 1929".

Of course, his contribution to AMU and to the country cannot be measured in terms of acres of land donated or leased. But those are the facts, and facts are important, even if the ruling dispensation breezily ignores them.

The Raja was also staunchly against organised religions, in fact, he had founded a new form of faith, called Prem Dharam.

But none of this seems to be of much concern to the Haryana minister. When a leader is speaking at a pulpit, he or she is supposed to have done their basic research as a mark of respect to the audience, most of whom have come to hear him because they look up to him. Do leaders such as Captain Abhimanyu take their voters to be fools, to be fed any communal fodder they want? 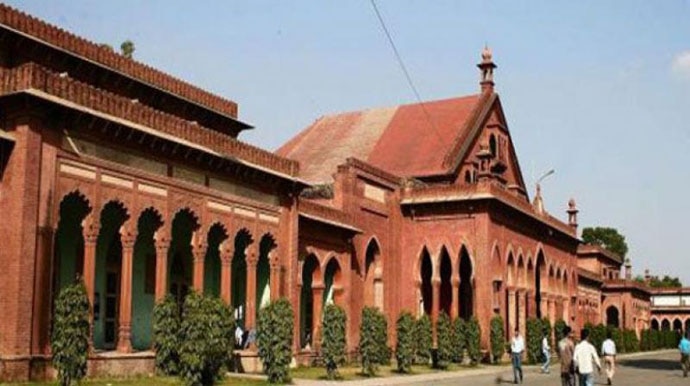 AMU is the product of the kind of pluralism the BJP seems incapable of understanding. Photo: PTI/file

This is not the first time the BJP has remembered Raja Mahendra Pratap, although he seems to be a post-2014 discovery for them. In November 2014, storm clouds had gathered over AMU, after the local BJP unit said they would celebrate Pratap’s birth anniversary on campus, and the Samajwadi Party opposed it.

That event was cancelled after protests. A little over three years later, however, Hindu activists were allowed to force their way into the campus, and show us their true picture over a portrait.

Going by incidents such as the AMU row, it seems the BJP does not understand plurality, composite identities, or indeed, India. The country cannot exist in a perpetual tug of war between various communities. When portraits become flashpoints between the country’s long history and a new, ascendant leadership, the writing is on the wall.

#Jinnah portrait, #BJP, #Raja mahendra pratap singh, #Captain abhimanyu
The views and opinions expressed in this article are those of the authors and do not necessarily reflect the official policy or position of DailyO.in or the India Today Group. The writers are solely responsible for any claims arising out of the contents of this article.