Daily Recco, December 2: A tale of All the Lives We Never Lived

Anuradha Roy's period drama, nominated for the JCB Prize for Literature in 2018, is a book for cold winter nights when you want to curl up in bed with a good book and a hot beverage.

Childhood trauma stays for life. Especially if you have no idea why is it exactly that the society and peer group is targeting you and you are too young to understand the vagaries of the adult world. All the Lives We Never Lived by author Anuradha Roy explores the childhood trauma of a retired landscaper — Myshkin Rosario — who narrates the story of his nine-year-old self. 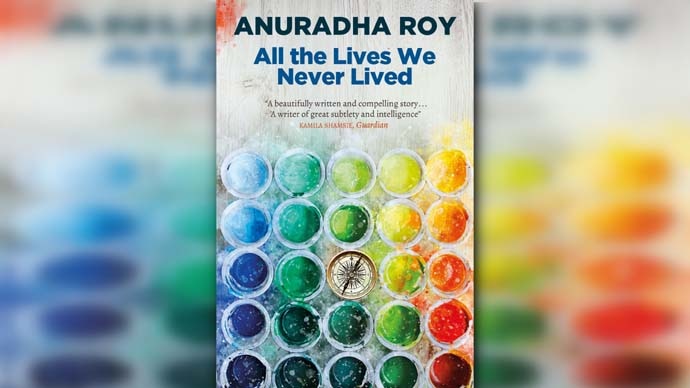 The story opens with, “In my childhood, I was known as the boy whose mother had run off with an Englishman.” The start of the novel sets the tone of pain and poignancy of the child and how it impacts him growing up. His mother — Gayatri Sen Rosario — is frustrated by the manacles of a traditional Indian arranged marriage. She is a 17-year-old Bengali Hindu girl whose marriage is arranged by her mother with a much older (33-year-old) Anglo-Indian man after her father’s untimely death. Having travelled the world with her father, Gayatri is whimsical, artistic, unfettered and vivacious. She is married to Myshkin’s father — Nek — an academic turned freedom-fighter, who considers himself to be progressive. His “progressive” views, however, are very constricted and his narrow beliefs on women’s freedom and liberation make him a very neglectful husband, to say the very least. A free-spirited woman, Gayatri, was a rebel even before she married Nek. She calls Nek’s bluff over his superficial patriotism, limiting and limited outlook on freedom (the country’s and for womankind) and is in no way going to settle for a frustratingly dull life to an ascetic.

Salvation for her comes in the form of Russian-born German painter, composer, musicologist, and curator — Walter Spies (a real historical character). Gayatri chooses to live her life over domestic drudgery and loveless marriage and elopes with Spies to Bali. As Myshkin clarifies, “The man was in fact German, but in small-town India in those days, all white foreigners were largely thought of as British.” It is a very different kind of love that Spies — a homosexual man — offers Gayatri, who revels in her gypsy-life of freedom in the Indonesian island, unbound by the shackles of romantic and nuptial conceptions. She goes on to become a respected artist in Bali. Poor, but respected.

Myshkin and Gayatri are in touch initially. However, with the war, correspondence between the two is lost. The story is about Myshkin’s quest to find his mother — the woman she really was. In the process, he discovers the nature of independence of his country, his bond with his step-sister and his reluctance to let go of his past.

The period drama set in the 1930s in the backdrop of Nazi Germany, World War II and the Indian independence struggle makes for an intense read with a brilliant climax. The story is raw and emotional, yet leaves you with a sense of fulfilling closure as you wrap it up. All the Lives We Never Lived is a great read on cold winter nights (and days) when you want to curl up in your bed with a good book and a cup of hot cocoa.

#Jcb prize for literature, #Anuradha Roy, #All the lives we never lived, #Dailyrecco
The views and opinions expressed in this article are those of the authors and do not necessarily reflect the official policy or position of DailyO.in or the India Today Group. The writers are solely responsible for any claims arising out of the contents of this article.