The book, which won Frank McCourt the Pulitzer Prize, is a blend of pathos and humour that you will read through with a smile, fully mindful of the tragedy of battered lives and broken shoes.

There are endless books and movies detailing personal triumph. But Frank McCourt’s memoir Angela’s Ashes is a rare book written in a language that is itself triumphant.

The book, which won McCourt the Pulitzer Prize in 1997, is a blend of pathos and humour that you will read through with a smile fully mindful of the tragedy unfolding in its pages describing battered lives and broken shoes. The memoir charts Frank McCourt’s struggles as a child, Frankie, in Ireland’s Limerick.

Born in Brooklyn, New York, on August 19, 1930, Frankie is the eldest son of Malachy McCourt and Angela Sheehan McCourt. Both Malachy and Angela emigrated from Ireland and married over Angela’s pregnancy with Frankie. He has four younger siblings. 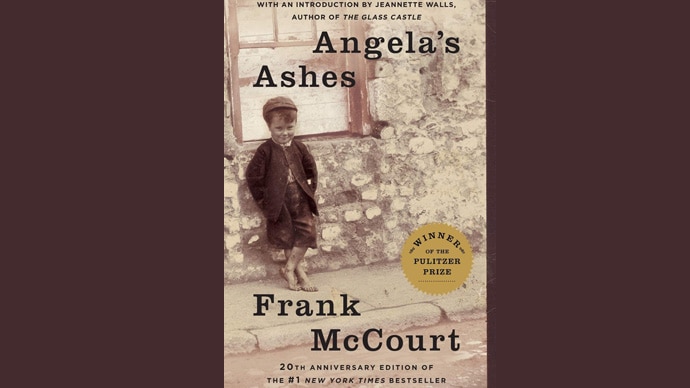 The McCourts come to share a floor in a modern tenement next to a park in Brooklyn with other immigrant families. Malachy’s alcoholism ensures the family stays in poverty. Each time Malachy lands a job and brings home his salary, there is jubilation. Angela draws endless schemes to ensure Malachy doesn’t quit. And yet Malachy lets alcohol get the better of him. The family continues to stay in poverty. The US, at this time, is hit by The Great Depression.

The birth of another child, Margaret, lifts the spirits of the family and Malachy gives up on drinking and begins steady work. And then just seven weeks after she was born, Margaret dies. Malachy gets back to drinking and Angela falls into depression. Frankie, just four, takes on the responsibility of feeding the siblings. Amid these circumstances, the family decides to return to Ireland. If US was hit by The Great Depression, Ireland was battered by it.

Soon, the family finds itself forced to live on doles provided by Society of Saint Vincent de Paul. In return of the doles, Frankie is forced to undergo a Catholic upbringing at the local school, which forces the child to constantly weigh on questions like will he be going to hell, even if his life in Ireland itself was one.

He still manages to grow into an intelligent boy, who apart from intelligence carries with him constant hunger as the family continues to live on bread and tea. His siblings die due to their own hunger and this pushes Angela further into depression. The one time Frankie gets to eat enough during childhood is when typhoid takes him down and he lands in a government hospital.

As life move on, it barely moves on. At 11, Frankie is the man of the house. They are forced to live with their uncle Laman Griffin, who in return for allowing the family to stay, forces Angela into a sexual relationship. When Frankie breaks free from Laman’s hold, he lands with his maternal uncle who “dropped on his head as a child”.

Angela’s Ashes is not a work of fiction but the life a child lived and lives his family lived along. It is a story of the absolute worst life can get. While you despair, remember Franck McCourt, who lived this life, went to win the Pulitzer. That is life. A more beautiful account of hardship and endurance through smiles is yet to be written. McCourt, of course, doubled up the memoir with a sequel Tis. Read them both.

Angela’s Ashes was also turned into a movie. So if reading is not your cup of tea, you know how to get to know about Frank McCourt’s journey.

Also read: The story of the mad girl from the village who listened to no one