The case of the missing street puppies

Five dogs vanished from a colony looking after them – a violation of love and the law.

Last month when the street puppies were exactly four months and a week old, they vanished. It happened sometime between 11pm and 6am.

After two weeks, some residents spotted them dumped near a temple on a busy road. The poor things somehow managed to stay alive in the hustle bustle of the main road, despite being accustomed to the sleepier lanes of the colony. Recognising old faces, they ran up to the residents at once, excited; and were brought back home.

Love conquers all. The bond between animal lovers and animals transcends speech. The puppies went back to being adored by those who loved them, and cursed by those who didn't. All was well, or, at least, the way it was meant to be.

According to the country's animal laws, no dogs can be removed from their spot. They can only be picked up for sterilisation by the authorities, or the NGOs. Then, they are to be returned to their spot.

Animals, as well as those who feed and pet them, are protected by laws. The Delhi High Court has said that this is the only legal practice, which also helps the strays to socialise.

Yet, this provision continues to be violated with impunity. 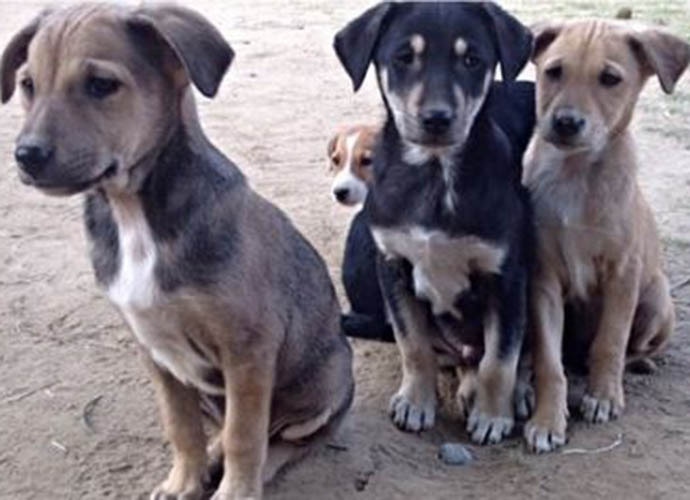 In the case of Blinkers (named so because of the brown spots above his eyes) and his black "twin" Bonkers (it rhymed), Coffee, Cara (short for the Caramel Coat), and mother Jerry (Whiskey, the fifth pup of the litter, was picked up at two months. Some village boys launched a voluntary investigation and reported to me she is being loved and cared for) have again been picked up in the dead of the night and, this time, they have been dumped somewhere else, unvaccinated. It might be some unknown place, from where they can't return – if or even if they are dead or alive, which no one knows.

Sterilisation is the only solution to control the population, so it is a benefit to both the dogs and the humans. The governments and animal organisations offer it free. But accidents do happen. And sometimes, life, yearning for itself, slips through the cracks and manifests itself. Five puppies were born to Jerry, a female, who migrated to the colony, as dogs are known to do, for mating. A male dog, a "pet" someone had taken in and then again released, without having him spayed, mated with her.

The puppies were born on a cold night in December 2017. In colours of salt and pepper, caramel and vanilla, whiskey and coffee, the delightful pups, born for no fault of theirs, were looked after by some, indulged by many and loved by the children.

Though it is fashionable to buy "breeds", glamourised by markets, Indian street dogs are beautiful, resilient, alert and utterly loveable. They are said to be the direct descendants of the original canine species.

But many people have been raising objections to pups in the colony. One whole litter died one day; the doctor said he suspected of poison. Bonkers Balhara; surname because he is the leader of the litter and an accomplished wrestler, like many stars from Haryana

Stronger laws in favour of street dogs, who have every right to be here as us, have in many ways made things worse for these innocent creatures. People are known to take the law into their hands and finish them, not because they harmed anyone, but because they simply don't like them. It is five days since Coffee, Cara, Blinkers, Bonkers and mom Jerry disappeared again. Their ceramic bowls, in which people used to feed them, lie empty in their spot under the tree, waiting to be filled. 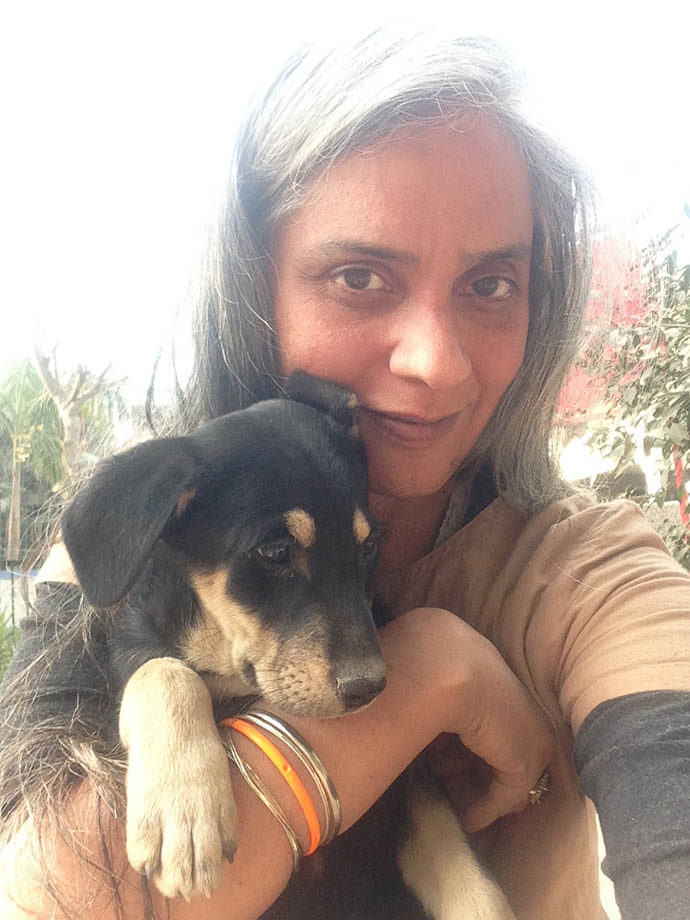 Fear and intimidation must not win over love and kindness.

The police was sympathetic when approached and has been at the spot and investigating the case, as this is a violation of the law; but is yet to file a complaint. My friends and acquaintances associated with the animal rights activism say this is because they are overloaded and do not want to add animal cases to their workload.  The puppies, unvaccinated, unsterilised, and used to timely meals, are dependent on their caregivers to provide these. Left vulnerable elsewhere, they are in danger of becoming a menace besides the hardships they themselves will face. It is important that these puppies be located, for reasons other than the pain and heartbreak of those who loved them. 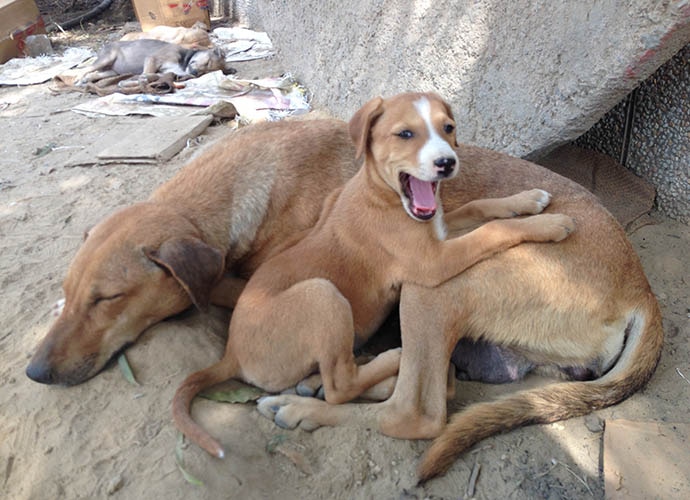 Little Cara at two months with her mother Jerry. The runt of the pack, she has a habit of bounding up like a deer and is very loveable

It is also a blow to the constitutionally supported right to kindness. It sends a message that selfless love and care for innocent and vulnerable beings is a hazard and to be avoided.

Fear and intimidation must not win over love and kindness.  The dogs were wearing blue and red collars, red for the male pups Blinkers and Bonkers, and blue for the females, though it is possible the collars were removed when they were dumped.

Please spread the word and help us reunite with our dog family.

Also read: Why we must all learn to love the lauki

#Dog lovers, #Stray Dogs, #Sterilisation, #Animal welfare
The views and opinions expressed in this article are those of the authors and do not necessarily reflect the official policy or position of DailyO.in or the India Today Group. The writers are solely responsible for any claims arising out of the contents of this article.