DailyOh! You may have got the virus and beaten it already, to what Trump can learn from Kennedy

ICMR says 15-30 per cent of those in containment zones may have already recovered without falling ill, and getting to know the virus got to them.

If you live or lived in a containment or red zone, there are chances that you might have contracted the virus and have also recovered from it. We told you around mid-May that ICMR was conducting sero-surveys to get an idea of the extent of the spread of the virus. The idea that they got says about 15-30 per cent of those in containment zones could have recovered without even getting to know that they were infected. You still can't let your guard down because you don’t know if you have won the battle. So, don’t let the mask slip. What is a sero-survey? A sero-survey involves testing of blood serum of a group of individuals to check for antibodies. If a sample has antibodies for this coronavirus, it means the person has already dealt with the virus – had it and defeated it. If you want a more detailed understanding of how this survey is conducted, read this.

A similar survey of antibodies conducted on 400 sailors aboard aircraft carrier USS Theodore Roosevelt found that more than 60 per cent of those who were tested had Covid-19 antibodies. Remember about two months ago, 1,200 sailors of the 5,000 onboard tested positive in US Navy’s biggest outbreak. Only about 10 of these sailors had to be put in hospital, one of whom died. The rest recovered like they recover from flu. While you were locked in, USS Theodore Roosevelt was docked in. And as you step out for work, the carrier has set sail too – to go far with the Big Stick.

The Big Stick is what USS Theodore Roosevelt is called by its crew members. That is because former President Theodore Roosevelt’s foreign policy was based on the principle: “Speak softly and carry a big stick; you will go far.” This would help the enemy know while you are talking nicely and gently; if your terms are not agreed to, you’ve got the force to stop talking and start acting.

We wonder what world leaders felt like meeting Roosevelt, after knowing that his sweet talk could be followed by a lathicharge any time.

We don’t know how foreign leaders felt about that, but we do know that American protesters always knew their leaders would come and talk to them, especially black civil rights protesters... until Donald Trump got elected to office.

Trump has been so busy tweeting that he has had no time for meetings. Over two weeks after George Floyd was killed in the custody of Minneapolis police officers, the President is busy igniting his own fires through his tweets. No President in US has taken so long to meet African-Americans to douse fires since civil rights were recognised as rights. 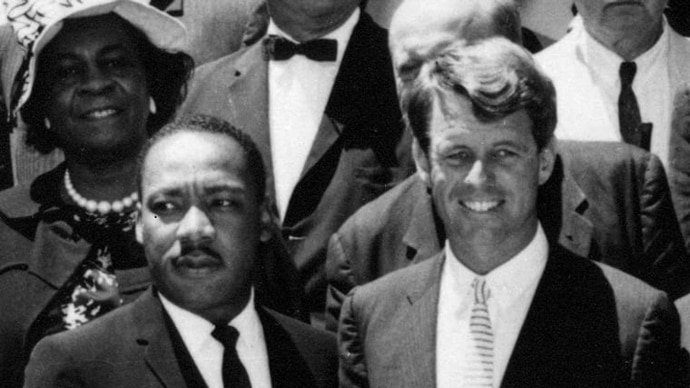 Remember the speech Martin Luther King Jr delivered on the steps of the Lincoln Memorial? Yes, the “I Have a Dream” speech. Former President John F Kennedy met with civil rights leaders the same day after that speech. In fact, when MLK was assassinated on April 4 in 1968, Kennedy himself relayed the news to people.

From America, it’s time to head back to India. Commercial flights aren’t flying either way so we are doing all this travelling in our heads as our bodies remain comfortably placed either on chairs or more comfortably on beds amid work from home. Now, even when commercial flights are flying, it’s not like you can just pick your suitcase, land at the airport and put yourself on a flight to whereever you want to go. For some it requires months of saving, for others it is years.

Google CEO Sundar Pichai says his father spent a year’s worth of salary on his flight ticket to the US so that he could study at Stanford University. Today, as Alphabet and Google CEO, Pichai is one of the highest-paid executives in the world. In 2019, Pichai's annual compensation was worth US $281 million, about Rs 2,107 crore. This calculates to around Rs 5.77 crore per day. Now, Pichai has the money to travel as many times as he wants to between India and America or between wherever and wherever. Can he? No. Nobody can.

Landing our flight of imagination from America in India, let us tell you the niceties of the ‘nation is in this together’ have ended after the-pretending-to-be-nice parties realised that the virus is here to stay for long. So, all parties are fighting all parties on all issues. Add to this the fact that elections are drawing closer in some states like Bihar and West Bengal and you see the niceties vanishing like they never existed.

In Delhi, Arvind Kejriwal is at war – on multiple fronts. There is a sore throat and fever. He is Covid-19 negative, thankfully. Could just be a usual viral. But reports of two people have confirmed they are Covid positive. Who two? Jyotiraditya Scindia and his mother Madhavi Raje Scindia.

Breaking: @JM_Scindia and his mother Madhavi Raje Scindia both test positive for Coronavirus. Have been admitted to Max Hopsital in Delhi for the last 4 days. Mr Scindia has developed symptoms while his mother remains asymptomatic.. Wishing them speedy recovery..

Jyotiraditya had complained of throat irritation and fever. Madhavi Raje has reportedly exhibited no symptoms. Apparently, the two have been in hospital for the last four days. 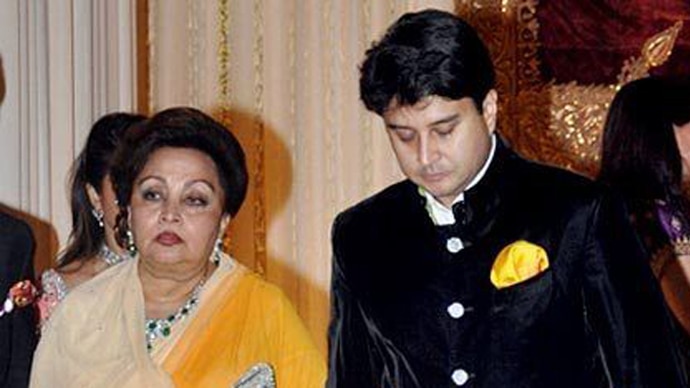 The two have managed to get two beds at a hospital in Saket. We wish them a speedy recovery but there is war over hospital beds too.

Kejriwal says Delhiites have the first right to hospital beds in Delhi. But Lieutenant-Governor Anil Baijal thinks otherwise. He has overturned Kejriwal’s order on Delhi-beds-for-Delhiites with Delhi-beds-for-all.

Many people are complaining they are being denied beds at hospitals. That of course isn’t just a Delhi thing. It’s a pan-India thing. Next time a leader tells us about India being a world power and all that jazz, we may tell them world powers do not see patients dying because of a lack of hospitals. If they tell us to look at Italy, we may tell them we did not vote for Sergio Mattarella. 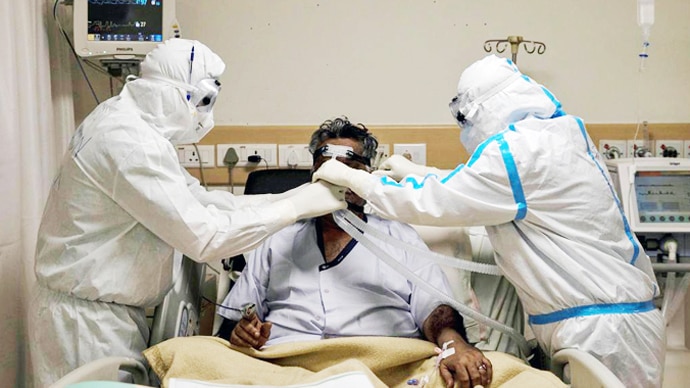 Many hospitals have turned away patients citing a lack of beds. (Photo: Reuters)

We will tell them this, if we remember it ourselves. You see they bank on our memories, which are apparently short. We may or may not be short on memory, but hospitals are definitely short on beds. Now, some hotels are being turned into hospitals that could also be because both hotel and hospital come from the Latin word hospes, meaning guest or stranger. Hospes is also the root word for hostel and hospitality.

In none of the places, however, you are a guest because you are supposed to pay for the services. But our Word Of The Day, hospital, can be interpreted as a place where strangers who suffer come to be cared for. If the hospitals deny us entry, where should we go? To hotels that are being converted into hospitals. It isn’t just a shortage of hospitals. Hospitals need doctors too. India has a doctor to patient ratio of 1:1,445. The WHO-recommended ratio is 1:1,00. When the virus is gone, we will have to remember this data.

Make a note of it in your mental logbook.

#Arvind Kejriwal, #Donald Trump, #Serosurvey, #Antibodytesting
The views and opinions expressed in this article are those of the authors and do not necessarily reflect the official policy or position of DailyO.in or the India Today Group. The writers are solely responsible for any claims arising out of the contents of this article.