License to Wed: Is 'gori ladki' from Kashmir a takeaway from the abrogation of Article 370?

Is marriage, as BJP MLA Vikram Saini implies, a political tool? One that could now be used by non-Kashmiri men wanting to marry 'fair-skinned Kashmiri girls'?

It must have been 2014 or 2015. I sat clenching my jaws in a suffocating gynaecologist’s chamber in a posh South Delhi private hospital, facing a grim-looking female doctor who looked like she was having a bad, bad day. I suffer from Endometriosis — an extremely complex and painful condition, and I was nearly breathless after 48 hours of excruciating pain.

"Just get her uterus and ovaries removed," the doctor bit the edge of her ballpoint pen, glaring at my ashen-faced mother, in deep shock at being told her mid-30s, unmarried daughter was staring at a complete hysterectomy.

"Your daughter hardly seems the marrying kind, actually. I get a lot of journalist clients, mostly women. Almost all of them are spinsters, some asking for abortions. None of them are the settling down sorts."

I have always wondered why marriage is referred to as ‘settling down’ in the case of women.

Could it be her wings being clipped, domesticity, dull drudgery, or as my best friend in Australia and a mother of three girls once said, ‘a comfortable rut’? Women are expected to ‘dumb down,’ become ‘asexual’ post-motherhood, divided between ‘duty and drudgery’ and starving themselves on certain auspicious days of the holy Hindu almanack for the long life of their male protectors and providers. You can either be a Sati or a slut.

Is there ever any middle path? Being a 'good woman': Marriage and babies are evidently the only things a woman is recognised for. (Photo: Reuters)

"I want my organs to be functioning properly," I muttered, trying to retaliate and put up a fight, fighting back tears.

This wasn’t the first time my illness was brought down to its lowest common denominator — a failure to reproduce by a certain socially sanctified time — 35 being the grace period, 40 being the finishing line, to which I was dangerously inching closer and closer.

"Girls like you do well in marriages, you need a calming influence," the doctor tried making a joke, sounding as sexist as an item song or a gross comedy that grosses big bucks in Bollywood.

She placed my ankles through two stirrups.

"Matha thanda hobe, shorir thanda hobe (the body and the mind will cool down)," she mumbled, avoiding eye contact.

Making marriage and rape the same — correctional services, offered free of cost — to women who scour the streets after ‘respectable’ hours, who don’t wear 'decent' clothes, who bare their cleavage, arms and legs, to those who answer back and who don’t lower their glances diminutively, is socially accepted.

Then, yesterday, this happened:

(The workers are very excited and those who are bachelors, they can get married there. There is no issue now. Earlier, there were a lot of atrocities on women. If a woman from there [Kashmir] got married to a man from Uttar Pradesh, her citizenship would be revoked. There was different citizenship for India and Kashmir. And the Muslim workers should celebrate here. Get married there. To a fair Kashmiri girl. There should be celebrations. Everyone should celebrate. Be it Hindu or Muslims. This is something the entire country should be celebrating).”

Apart from its factual inaccuracies, what this statement reveals is a completely regressive and sweepingly sexist assumption.

“What are the benefits of removing Article 370?”

Three men lined up against a shop in Delhi smile broadly into the camera. 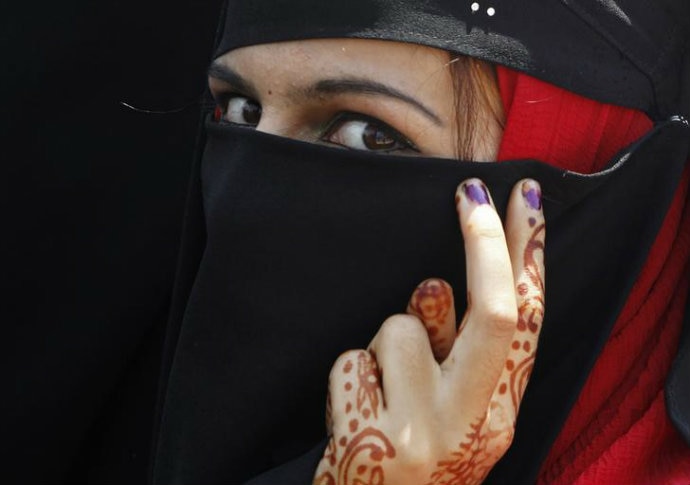 “The tricolour will be waved in Kashmir, bhai your turn,” Ankit is shown telling his friend. The friend, a young man in a black tee, thumps his chest, claiming, “Doosra, Jammu Kashmir ki lugai milegi humein” [Second, we will get a wife from Jammu Kashmir].” The third man declared Kashmir will now be called Kashi — and all three scream ‘Vande Mataram’.

This video — posted on TikTok with hearts and flexed-bicep emojis — was uploaded within hours of the Indian government revoking Article 370 to scrap Kashmir’s special status.

The 'leading man' reportedly has over 12,000 followers on TikTok and has posted 10 more videos on Article 370 since then.

But is this only a simple case of ‘muscular misogyny’ — or more?

Is Saini any different from, say, Mamta Banerjee, Chief Minister of West Bengal, who reportedly once declared a helpless woman's gruesome gang rape in the heart of Kolkata as something the woman apparently attracted herself, thanks to her drinking, visiting a night club and asking a bunch of strangers for a lift.

A single mother, Suzette Jordan, who died a few years ago, was cruelly character-assassinated — by another woman. 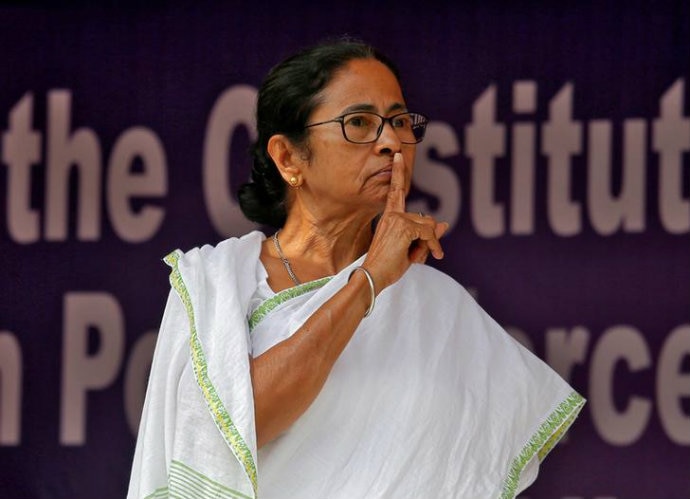 Power play: Men or women, people in positions of power, speak but one language. Get married. Or get labelled. (Photo: Reuters)

Is marriage supposed to be a power thing then?

For a sex that is summed up simplistically — by a populace who prefer to worship her in distant sanctum sanctorum or refer to her as the ‘mother/wife/daughter/sister/grandchild of so and so. Always under male protection and preservation.

Why, even a Kashmiri woman is now a pawn in a pitched political battle — and therefore, she must be boxed and marked as this or that.

I think of how patriotism and patriarchy are two sides of the same lousy khota sikka.

How ownership over a woman’s body and the subjugation of her desires is an overarching nationalistic jibe — Hindutva and Hinduism — and also hooliganism and hostility.

How we vote not just for representatives like Saini, but how we allow them this license as well.

Also read: Women’s bodies and moral policing: Hypocritical Indian society has no right to dictate norms to us