The mystery of minus marks: Is it already time to call NEET a failure?

It might come across as a little complicated. But what it led to is simple.

Getting admission to medical colleges while scoring single-digit numbers, or even minus marks, as highlighted in a TOI report, is appalling. More appalling is the fact that this is just the tip of the iceberg.

According to the report, since there are no individual cut-off marks for each subject — Physics, Chemistry, Biology — many students in 2017 have scored even negative marks in one subject and still got admission in medical colleges, of course, private medical colleges. But nonetheless, nobody will stop them from becoming a doctor after the course ends.

And a score of “minus 4”, for example, in Chemistry will sink into oblivion, unless years later, the doctor concerned gets accused of wrong treatment.

The National Eligibility-Cum-Entrance Test (NEET) had an embattled history before it became the mandatory and the only way to pursue medical education in India.

The pre-NEET era was not smooth as every state used to conduct its own medical entrance examinations. There was no parity in curriculum, students from one state used to opt for entrances of some other states only to multiply their chances of becoming a doctor. Private medical colleges used to conduct their own tests.

The situation was not ideal. 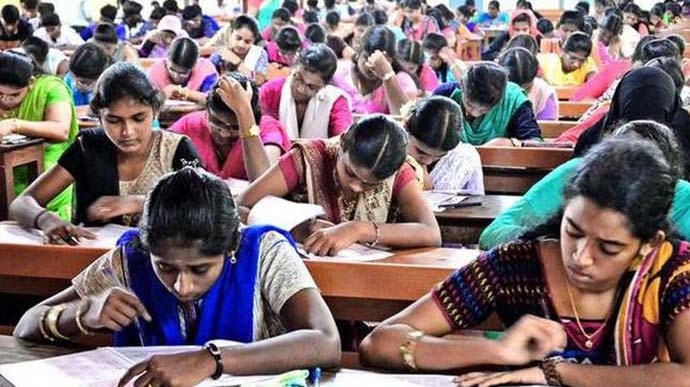 Zero and less but a seat in a private medical college. The problem with NEET is bigger (Representative image: India today)

But what replaced it is no less than an education scam masquerading as a reform; the delinquency of it coming to the fore gradually. The NEET was supposed to uproot the malpractices which it now stands accused of.

The common entrance was introduced in 2012 for the first time. The state governments were up in arms against the test as a uniform test deprived the states of their rights to admit students on their own terms. After all, education features in the concurrent list.

The primary objective was to get the state governments on board and make NEET workable.

So, the exam pattern kept allowing leeways in order for the state governments to agree to these.

Initially, the qualifying benchmark was decided to be 50 per cent marks in each of the three subjects. Eventually, this 50 per cent in each subject became 50 percentile, and that too, overall.

Scoring 50 percentile means the obtained marks should be at or above the marks below which 50 percentage of scores fall.

It might come across as a little complicated. But what it led to is simple.

According to the TOI report, candidates who scored 150 or less out of 720 qualified NEET and got admission to some medical colleges. No wonder, on individual subjects, they scored single-digit numbers or less than zero, courtesy negative marking.

And this is not going to change. Only the responsibility to conduct NEET will shift from CBSE to the yet-to-be-formed National Testing Agency (NTA).

Experimenting with higher education, which is throwing up such negative results, will keep going on.