As the world witnesses more UFO sightings, here's how our history with it is changing NASA's recruitment

Weird features, larger than human eyes, short height, weird skin, different needs, this is what we remember about Jadoo, the cute, fictional alien who made a debut appearance in the Bollywood movie Koi Mil Gaya. Humankind has always been intrigued by extra-terrestials and their lives, and this movie just brought an alien closer home; to Bollywood, to be precise. (Of course, Hollywood has been getting aliens to Earth for more than 50 years now, since A Trip to the Moon, Aliens, etc.)

Wow! Time does fly ? it’s been a while since #KoiMilGaya & it’s Jadoo. So many memories & so much fun. Thank you Rakesh sir & Duggu for this beautiful experience.#16YearsOfKoiMilGaya @iHrithik @RakeshRoshan_N #ting pic.twitter.com/CLWqChJG8T

UFOs, also known as Unidentified Flying Objects, are a term for random incidents or objects in the air that cannot be explained because of lack of knowledge and technology. The number of UFO sightings reported over the years have been consistently increasing over certain parts of the world. The first UFO that was witnessed on record was in 1639, by John Winthrop and many other men when they saw a large strange light going back and forth. Even Bible's Book of Ezekiel describes a mysterious ship appearing from the sky in Kuwait. Romans saw strange sightings back then and so did the 4th Century Chinese, who saw a "moon boat" floating over the country once every 12 years. Germans saw them in 1561 and the Britishers saw them during the World War II. Though the first image of a UFO came only in 1870 from a sighting in New Hampshire, California and Florida have recorded the most number of UFO sightings in all these years, i.e, about 10,000 and 5,000 respectivey. Compared to this, Ireland's Police Department has recorded 4 sightings in 2019, 6 in 2020 and 8 in 2021. Looks like the UFOs are exploring new territories!

There were some who even saw these sightings in India in 1951. Read about it here. People have mentioned seeing a disc-type structure in the sky and naming it as ''a spaceship'' with flashing lights. Some have seen strange images on the CCTVs of homes while others have reported spotting 'unusual bright lights' in the sky. Some have seen a dome-shaped object with eight bright lights which move at a speed that was never known to exist. So if you get the gist, it's pretty advanced. 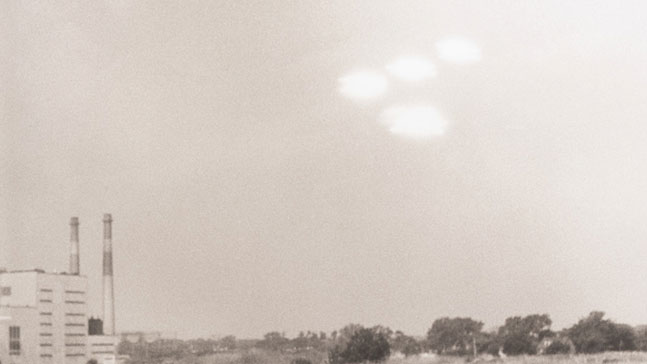 Almost 75% of all UFO sightings in the United States occur between 4 pm and midnight, and tend to peak between 9 and 10 pm.

A pilot claims he saw a fleet of #UFOs over the Pacific Ocean. The video was shot at around 39,000 feet. ?? The suspected #alien aircraft took the form of ‘weird’ rotating lights moving across the sky. ?What are your thoughts on the footage? ?? pic.twitter.com/N0I2WS2kYq

WHAT AUTHORITIES ARE DOING

On June 25, 2021, the US National Intelligence released a UFO Report based on 144 UAP incidents (Unidentified Aerial Phenomena) noted by military aviators over the last 2 years. As per this report, the government had limited and inconsistent data to conclude if aliens exist. This lack of data did not confirm existence of aliens but also did not remove the possibility of their existence. So... ho bhi sakta hai, aur nahi bhi. The US government had classified the information on UFO sightings all these years and declassified it in 2020 by releasing recorded videos to clarify the matter to the public at large. They are now open to talk about this since it removes the taboo around reporting UFO incidents and also shows that the authorities take this 'seriously'. The Police Service of Northern Ireland (PSNI), on the other hand, just maintain a database about UFOs and unidentified aerial phenomena and have not really launched any investigation.

NASA IS UPDATING ITS RECRUITMENT STRATEGY

NASA, known to be the ultimate heaven for scientists, has recruited 24 theologians... meaning 24 people who have studied religion and religious beliefs about God. Why? The idea is to take the support of these heads as part of its efforts to determine how different religions around the world would react to contact with aliens. As reported by New York Post, Rev Dr Andrew Davison, a British priest and theologist at Cambridge University, is one of the 24 lucky ones.

What's interesting is how it coincides with the launch of James Webb Space Telescope, which is the most powerful telescope we have ever launched, to look at the oldest stars and galaxies that are capable of supporting life.

NASA clearly supports the exploration of a relationship between theology and astro-biology, and this recruitment is in line with its past actions. In 2014, NASA had granted $1.1 million to study worshippers’ interest and openness to scientific inquiry called the 'Societal Implications of Astrobiology Study'. This was to understand how religious beliefs and beliefs in existence of extra-terrestial aliens were linked.

Irrespective of what comes to awareness, only time will tell what exists in reality in this wide universe. Till then, Koi Mil Gaya and Netflix's "Top Secret UFO Projects: Declassified" are some stuff you can feast on.